The #metoo movement, or "Weinstein Effect," is an example of the power of investigative journalism for social change. 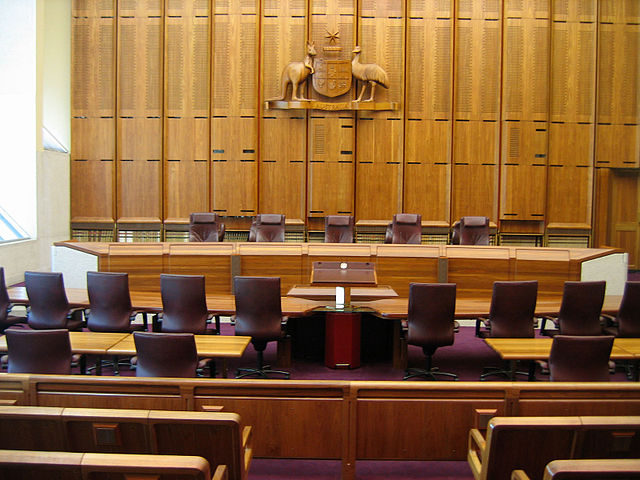 Bringing criminals to justice is an attractive idea to many journalists, but publishing a #metoo story has serious consequences for the lives of those involved and may lead to a defamation lawsuit.

“…causing harm to a person’s reputation by publishing material about them that changes the way people feel about them. Publishing includes speaking, writing, drawing, photographing or blogging.”

Publishing an unproven accusation of sexual harassment or assault can be considered defamation, and the accused has the right to sue for damages to their reputation and loss of income.

The cost of defamation can be high. In Australia, non-economic losses, including emotional suffering, are capped at $389,500. Special damages, like loss of earnings, are uncapped.

In her case against Bauer Media, Rebel Wilson was awarded $4.7 million, which included $650,000 in general damages and $3.9 million for opportunities lost. The damages were later reduced to $627,165 at the Court of Appeal.

Journalists need to consider the relationship and power dynamic between the perpetrator and the victim, the severity of the crime and the likelihood of other victims coming forward.

The benefits of social justice reporting can sometimes be worth the risk. The New York Times’s Megan Twohey and Jodi Kantor, and The New Yorker’s Ronan Farrow jointly won the Pulitzer Prize for Public Service for their articles about film producer Harvey Weinstein. The articles helped start a chain of events leading to Weinstein being charged with sexual assault.

The level of risk that a journalist or publication feels comfortable taking may be proportional to the amount they can afford to spend. Large media organisations have a budget for defamation, covering defamation insurance and legal advice, but for a small publication, a defamation case can mean bankruptcy.

The number of people who have made complaints can influence the chance of defamation charges. During Fairfax Media’s investigation into Don Burke, more than 50-people had made serious allegations against him. Hundreds more spoke out after publication.

By contrast, The Daily Telegraph published a story based on a leak of a complaint to The Sydney Theatre Company, about Geoffrey Rush acting inappropriately towards an unnamed actress. The judgement is yet to be handed down in Rush’s defamation case against Nationwide News, The Daily Telegraph’s publisher, but he is seeking over 25 million in lost earnings.

It is possible to defame someone without using their name if the story contains enough identifying information that a reasonable person could identify them.

In 2014 Melinda Pedavoli was awarded $350,000 after the Sydney Morning Herald published an article about an English and Drama teacher at St Aloysius College, alleged to have had sex with her male students. The teacher referred to in the article had already resigned, but at the time of publication Pedavoli was the only teacher at the school who taught English and Drama.

You do not have to be the author of the defamatory content – by sharing it you are being defamatory. This is particularly relevant when reporting on an allegation made over social media.

Social media has played a huge part in #metoo, but tweets and Facebook posts can be considered defamatory. Simply sharing a defamatory tweet can land you in legal trouble.  A case in Queensland awarded $10,000 in damages over a Facebook post.

The onus is on the publisher to prove what is published is true, so as a journalist, the more evidence you have, the stronger your defence will be.

Before publication you must check your facts, test your sources and try to find other witnesses or evidence like messages or emails to support the story, and give the accused a right of reply. It is also important to keep records of this research, as proof you have taken steps to ensure the information is accurate.

Not fact checking your information can be a very expensive mistake, as Seven Network’s reporter David Richardson found out. Richardson was sued by journalist Ray Gatt after Gatt’s photograph was used in a story about another man also called Ray Gatt.

The #metoo hashtag covers a wide range of incidents, some of which are criminal offences and others, like comedian Aziz Ansari’s case, could be considered unsavoury but not criminal. Even if someone has been convicted of a crime, or admitted to behaving inappropriately, suggesting they have committed an additional offence is defamation.

For many victims, the #metoo movement is about finding justice in the media that they feel the legal system cannot provide.

Using the Australian Bureau of Statistics’ Defining the Data Challenge for Family, Domestic and Sexual Violence, 2013 report, Centres Against Sexual Assault found that in Victoria only about 17-percent of reported sexual offences resulted in a conviction.

In addition, the legal process can be traumatic for victims and has been referred to as the ‘second rape’. They will often endure hours of cross-examination and have their credibility questioned as the defence tries to demonstrate they are an unreliable witness. Turning to the media for justice may be an attempt to avoid this process.

As a witness in a defamation case however, the victim may be subjected to the exact type of experience they were trying to avoid. To prove what was published is true, they will have to provide evidence, and may have their credibility questioned in court and in the media.

Within #metoo the focus is on justice for the victim, but there can be repercussions for the accused and their family. There have been cases where people have lost their jobs or had shows cancelled, but the damages are more than financial. Their mental and physical health may suffer, relationships might break down and they could become ostracised and have their reputations damaged.

The media has an important part to play in creating awareness of sexual harassment and assault, but the decision to report on an accusation must be made carefully.

With one article a journalist can destroy many lives and bankrupt themselves or their employer.