Bob Murphy sits down with Fremantle’s Nat Fyfe to talk about their football careers. Fyfe explains his use of routine and meditation to keep himself level-headed around the club. 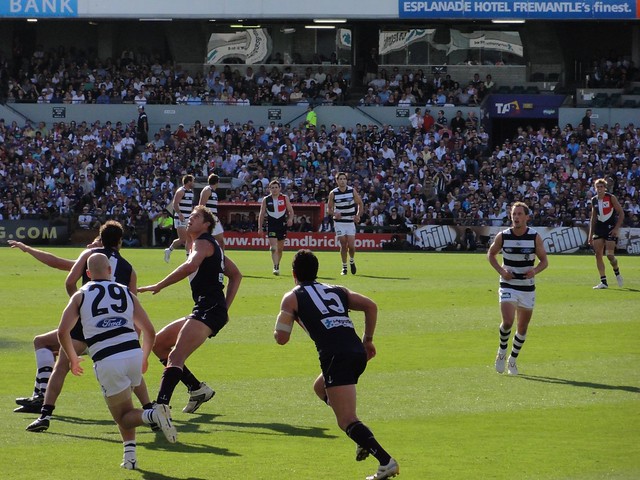 Being the captain of a football club is a large responsibility that cannot be handled by many. Out of approximately 800 players in the Australian Football League (AFL) system, there are less than 20.

Bob Murphy has always been regarded as a quirky footballer, seeming downright strange to some. On the show that shares his name ‘Bob’, he interviews Australians that have always interested him to gain insight into their life and to discover what makes them tick. For this particular interview, the retired Western Bulldogs’ captain spoke with the current Fremantle Dockers’ captain, Nat Fyfe.

The two find that they are both introverted people, at times bordering on weird. This suggests the reason behind Murphy’s choice of a football captain who at first glance seems to have a similar personality to him. Fyfe divulges a lot of personal information including how he was told by team staff that as captain he could no longer arrive at the club half-asleep and needing time to find his energy. To combat this, Fyfe threw himself into a strong routine, waking at 6am every day and heading to the beach for a swim.

The interview itself is very casual. Murphy and Fyfe go back and forth sharing personal stories, with Fyfe even asking a few questions of his own. The laid-back approach suits their respective personalities and effectively leads to a fascinating conversation.

When discussing pre-game jitters, Fyfe admits to listening to talkback radio to get himself ready to play. As Murphy laughs at the thought of using talkback to calm down, Fyfe explains that it takes him back to when he was young and used to go to the football with his dad. He recognises that the nostalgia is what helps him focus.

“I don’t really want to go into the heavy music pump up, I’d rather just spend some time with dad before the game,” he said.

Another fascinating look into the way Fyfe’s mind works is when the pair discuss the difficulties of always playing your best, and how the people they looked up to early in their career seemed to manage it so effortlessly. They agree that as captain you wear the cape of bravado. The cape means you know how to be at your best on and off the field, both mentally and physically, which are key qualities of any leader.

Murphy and Fyfe marvelled at their heroes’ ability to consistently play at such a high level, despite the opposition spending a whole week planning how to stop them. As Fyfe has reached the senior years in his career he has learnt to deal with the strain that comes with players trying their best to stop him but admits that he still gets frustrated at times.

Fyfe says he puts on the cape and takes it as a compliment but in his weaker moments wants them to “just let me entertain people”.

The interview leaves the viewer with a fresh understanding of how some footballers can be deeply thoughtful and intelligent. It also shows that it is possible for a player to find watching football boring but enjoy analysing the nuance that is stoppage work.

Jack Veal is a first-year student in the Bachelor of Media and Communications (Sports Journalism) at La Trobe University. You can follow him on Twitter @jack_veal

Photo: [Fremantle Dockers vs Geelong – Round 3, 2010] By [Michael_Spencer] available [HERE] and used under a Creative Commons Attribution. The image has not been modified.