Miss Piggy might be a muppet, but her interview with post-punk rock star Beth Ditto reveals their shared humanity. 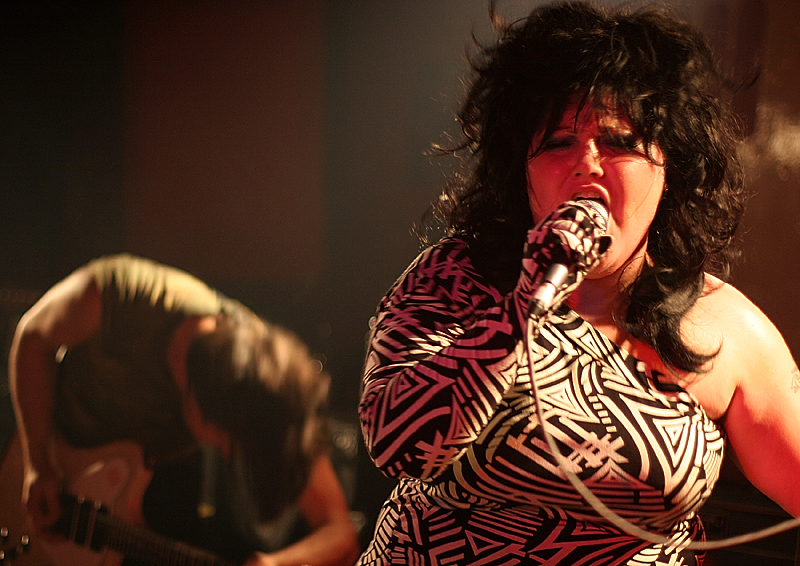 Miss Piggy is a muppet. Inspired by jazz singer Peggy Lee, Piggy is a multi-talented performer who has been with The Muppets since 1976. Piggy is not usually thought of as an expert interviewer, but her June 2017 Interview Magazine profile of Beth Ditto, member of the punk rock trio Gossip, shows us that she knows how to get the most out of an interview.

While Piggy is credited as being performed by Eric Jacobson (The Muppets have a long-standing policy that all Muppets must only appear in public with their puppeteer), it barely matters. There is no trace of the puppeteer in the conversation. Only Piggy.

A muppet interviewing a rock star could end up being nothing more than a novelty. However, the connection between the two makes for a poignant look at who Ditto is as a person. How she relates to Piggy reveals a lot about her.

Ditto and Piggy share backgrounds as country girls, who grew up desperate for escape to a different place. Both found a band of loveable misfits – Piggy joined The Muppets, and Ditto formed Gossip. They are both considered feminist icons, with Ditto describing herself as a “fat, feminist lesbian”, and Piggy declaring “style comes in all shapes and sizes. Therefore, the bigger you are, the more style you have”.

Most readers come to the interview with some previous knowledge of Piggy’s work, even if they are not familiar with Ditto. Piggy uses her knowledge of all they have in common, and gives the reader an early opportunity to warm to Ditto. She quickly establishes rapport, allowing the conversation to move into deeper exploration of Ditto’s life and work.

While Piggy speaks in her trademark vernacular, punctuated with French and spattered with fabulousness, she doesn’t stray from the most important parts of an interview. She uses a mixture of open and closed questions, both sensible and ridiculous.

The balance of light banter and serious discussion works well. Conversation shifts between Piggy’s inability to do dishes, and Ditto’s love of workout album Miss Piggy’s Aerobique, and then on to the pursuit of true love. Ditto married her partner and best friend Kristin Ogata in 2013. Piggy split with long term on-again-off-again partner (and fellow Muppet) Kermit the Frog in 2015. Their discussion of joy for past love lost, hope for the future, and raw and difficult emotions is both poignant and relatable.

When Ditto suggests that Piggy has been wrongly characterised as a diva in her relationship with Kermit, we wonder if this is the sort of insight that makes Ditto so successful as an indie musician.

Interview Magazine had a long history of using the pairing of interviewer and subject as part of the story being told. From “Q and Andy” (interviews conducted by using founder Andy Warhol’s probing questions from the ‘80s and ‘90s), to Solange Knowles being interviewed by her sister Beyonce, they cemented their place as the self-proclaimed “crystal ball of pop”.

Interview Magazine hopes to relaunch in late 2018 after folding in May. Piggy’s interview with Ditto was her sole venture with the magazine, but their relaunch could change that. Piggy shows us that even if you’re made of foam, you can connect with someone to reveal their humanity. Andy Warhol would be proud.

Jessica Leonard is a first-year Media and Communications (Media Industries) student at La Trobe University. You can follow her on Twitter here: @pinkojess

Photo: ‘The Gossip’ by Mic Wernej available here and used under a Creative Commons Attribution.