The retired cheer squad leader's Twitter history is in the spotlight after recent racism report finding. 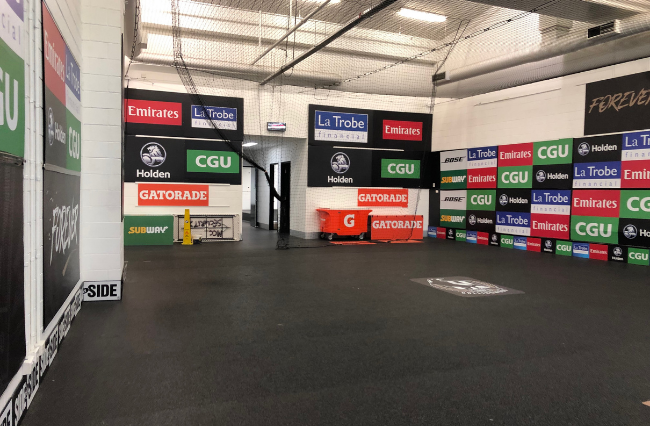 Collingwood have condemned former cheer squad leader Joffa Corfe after he made a racist comment on Twitter.

Corfe posted on the social media platform on Tuesday night in response to the aged care royal commission report, “Get rid of all the Indian workers in aged care might be a start”.

“To the losers out there in Twitter world feel free to copy and paste anything I say everywhere and anywhere,” he wrote.

Joffa Corfe is not a member of the Collingwood Football Club but has had a long association with our organisation.

As such we cannot stand by his comments of last night. We condemn them and ask him to consider the hurt he has caused and an appropriate apology.

The high-profile fan has been very vocal in denying that there is systematic racism at the club, and in support of former club president Eddie McGuire.

This comes after the Do Better report concluded the club had a “systemic racism” problem that “has resulted in profound and enduring harm to First Nations and African players”, which resulted in former club president McGuire being forced to stand down.

The club and its players released a public apology after the report was released.

It has been a tough pre-season for the club after various news sources reported that former president McGuire has been left crushed and has gone radio silent after his demise.

Collingwood coach Nathan Buckley in an interview with AFL.com admitted that he inadvertently became part of the “systemic racism” at the club when he denied claims made by former player Héritier Lumumba in 2017.

Buckley said he was “dismissive” of his claims and he needed to be “better than that”.

It was Lumumba’s allegations that forced the club to conduct an independent review.

More former Collingwood players have come forward in recent days with Leon Davis and Andrew Krakouer discussing their own experiences of racism at the club.