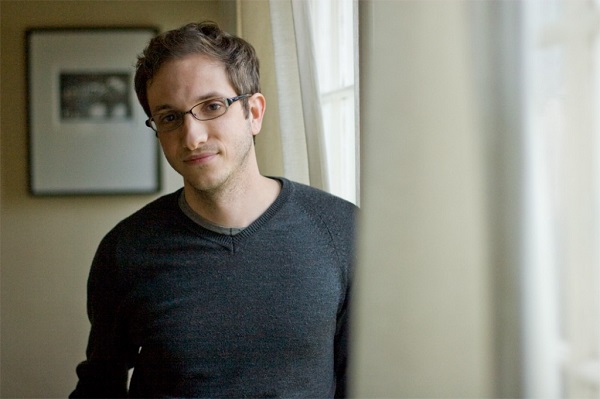 Photo by John Cabrera, used under a Creative Commons license.

It would be an understatement to say that the world of content creation has changed in the last 15 years, the web has quite literally become the platform to watch and studios are taking notice.

John Cabrera has had front row seats to that change, having become immersed in digital content creation after more than a decade living and working in Los Angeles.

Cabrera began his creative career in a traditional way, attending theatre school in Chicago before landing the role of Brian Fuller on Gilmore Girls. But he’s always perused directing and writing on the side.

“I was always that guy at school that was doing projects outside of the acting curriculum. I’d write plays and get other actor friends together and put them up … I think my heart was always in creation.”

[Gilmore Girls] was the biggest job I’d ever had and it made me financially flexible, which gave me a really great opportunity on the side to start exploring directing and writing,” Cabrera says.

His foray into the digital space cemented itself in 2006, when he co-wrote H+: the digital series with Cosimo De Tommaso. According to Cabrera the series was “created for the internet”, and was a product of just wanting to create something that they wanted to exist.

“I just wanted to write something really cool, something that I would want to watch. I don’t think I really had anything specific in mind at first, but it ended up being H+,” Cabrera says.

They partnered with Warner Brothers Digital to bring the series to life and released the 48-part series in 2012, a time when web series were moving to a “much larger scale”.

“I had friends that were in the traditional media space that were venturing into web and they were creating two to three projects a year on their own with independent money.”

“It was taking me four years just to put out H+, in that way it was actually very slow and was infuriating at times,” Cabrera says.

However, after subsequently working on more traditional projects with larger studios, Cabrera came to fully appreciate the freedom and creative license that digital content creators enjoy.

“Those projects were way more difficult in terms of how slow they moved … and it was really only at that point that I looked back at H+ and I thought ‘wow you really had it good’.”

“So in the past two years I’ve really stepped back from the traditional space, even the traditional web series space with studios that are creating web series, to try and really see what the independent web space can do for me as a creator,” Cabrera says.

For Cabrera it’s the creative proximity of web series to their creators and the sense of community that exploring digital content creates that make the digital space so exciting, and according to him he’s not alone.

“What I see is a lot of people in the traditional space saying: ‘I want to do an independent series’ and its usually in response to: ‘I’m tired of working with the studios who own everything that I do that dominate how I’m going to make the content’.”

Whilst Cabrera acknowledges that many creators are also using new media as a pathway to studios; the shift towards web as a platform is evident and, according to Cabrera, will culminate in a decided move to internet based platforms.

Personally, Cabrera says he’s found the type of creation he loves: explorative stories that challenge us and create communities in the process.

The next example of that vision may be coming sooner rather than later, with Cabrera revealing that he’s currently in talks with Bryan Singer (who produced H+) about the possibility of another project.

“It’s in the alternate history space. It’s a big world, it’s got sort of the H+ bigness, but it’s also like: ‘okay, what would a project be like if we did it on our terms with no studio’,” he says.

Matthew is upstart’s outgoing Politics & Society Editor, he is also a communications intern for Melbourne WebFest 2016.