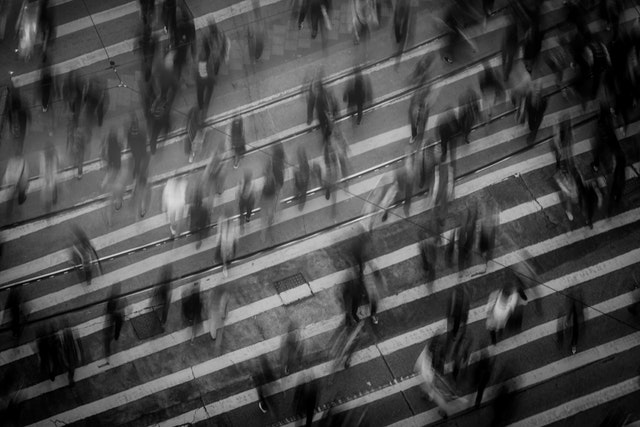 From the “white Australia policy” to the post World War II dictate of “populate or perish” to a new “Multicultural Australia”, Australian immigration policy has changed drastically and often over the last century.

And now, through more modifications, Australia appears to have a new policy focus: temporary migration. Over the past few years the Liberal Party’s immigration policy has claimed it is improving “the integrity of the visa system and prioritising Australians for Australian jobs”. One strategy has been limiting the pathways to permanent residency (PR) for skilled migrants and reducing the annual PR visa cap from 190,000 to 160,000. It has also involved changing the jobs list to suit the labour market, and introducing policies to reduce the population in cities and increase migration to regional areas.

Current immigration policies are complex and include a large variety of visas with different eligibility requirements that change to suit the needs of the nation. The biggest impact to the skilled migration pathway to PR has been the removal of the employer-sponsored, skilled temporary work 457 visa, and a reduction in the amount of 189 skilled independent visas.

These changes are having serious consequences for people who have made life plans based on the former policies, or have built their life in capital cities.

The possibility of missing out on PR because is a big concern for recent graduate Mikha Triadimas, who came to Australia in 2010 to attend high school.

“I don’t have that much friends back home, because they are all not in my hometown anymore and the fact that I have made so many friends here and I’m very well connected,” he told upstart.

Triadimas recently finished university, so he is eligible for the two-year graduate visa and his degree can get him a skilled migration visa, but he is determined to get PR.

“I would definitely try some other ways. The only way I know as of now is to either study again in a profession that they wanted. Other than that, I will try to find full time employment here,” he told upstart.

Lawyer and migration agent, Ben Gary Wat has been seeing an increasing number of clients in this precarious situation. He has also found this has increased competition and made it “close to impossible” for many people to get PR.

“Everyone that used to go for the 457 visa and the 189 visa are all fighting for those final few skerricks,” he told upstart.

“It’s heartbreaking. There’s a lot of friendships lost, a lot of great employees gone, a lot of partners that break up and countless other small and large painful consequences of this reorientation of the migration program to temporary residence,” he told upstart.

To help reduce the increasing population in the major cities, the government is reserving 23,000 permanent residency visas for people who have spent three years working in regional areas. They will also be extending the graduate visa by a year, for students who do their degree at a regional university.

There are also some visas that are dependent on completing a certain amount of agricultural work. The shortage of  workers to pick fruit and vegetables is a serious issue and crops are often going to waste, because there is simply no one to pick them.

The main source of farm labour is backpackers on a working holiday visa. To get more people on this visa, the number of eligible nationalities has been increased and it is being extended from two to three years, on the condition of doing an extra six months of approved work.

The Pacific labour scheme has also been created to provide Pacific citizens a nine month visa to work in seasonal horticulture industries.

With their visa and income dependent on a job, temporary residents are particularly vulnerable to exploitation and abuse and, as recent media reports have shown, wage theft has become a big issue in Australia. The Migrant Employment Legal Service has been created to provide free advice and representation, but Wat still has great concerns not only for migrant workers, but for the Australian workforce in general.

“The cash economy and the wages not rising and all these other problems I think are being strongly contributed to by the current migration program,” he said.

“Having a huge number of temporary residents here only improves the bottom line for large companies that need unskilled workers”.

For individuals trying to make Australia their new home the impact of policy changes is immediate, but it may take a long time to fully understand the impact of large scale temporary migration.

Writer | Becky Steepe is a third year Bachelor of Media and Communications (Media Industries) student at La Trobe University. You can follow her on Twitter @BeckySteepe

Photo |  by Mike Chai from Pexels