The returning leader promises to focus on pandemic recovery and unity 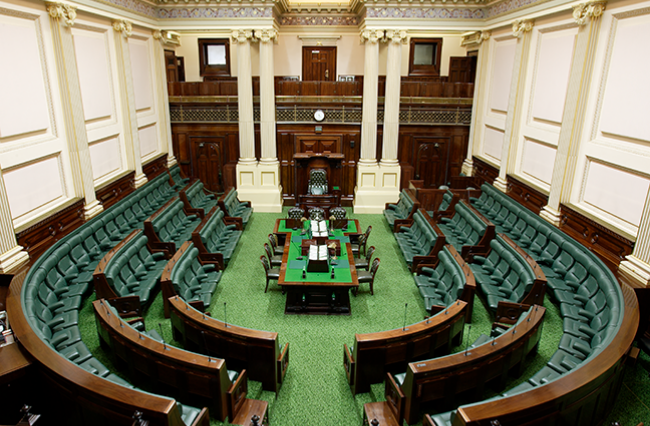 Former leader Matthew Guy has taken over from Michael O’Brien as leader of the Victorian Liberal party.

This comes after Guy and Tim Smith stood down from the shadow cabinet yesterday ahead of the leadership challenge.

O’Brien decided not to contest the ballot after a motion was put forward by Smith to spill the party’s leadership carried 20 votes to 11 in what is the second challenge to O’Brien’s leadership in 6 months.

The returning leader thanked O’Brien and said he served in one of the most difficult periods imaginable for an opposition leader.

“It’s very difficult to get air time as a state opposition during the COVID period, ask any opposition leader around Australia, it’s not just limited to Victoria,” he said.

Guy is also calling for a unified Victoria as he expressed empathy for Victorians doing it tough as he pledges to focus on pandemic recovery.

“My thoughts immediately on this day are with all of those people frontline working to manage our COVID response here in Victoria,” he said. “All those small business people who can’t open and are doing it very, very tough today, our thoughts still with them.”

“Victoria’s best days are in front of it, not behind it.”

Speaking after losing the leadership, O’Brien called for the Liberal party to come together as they look ahead to the 2022 state election.

“You either give up your job or you give up your integrity. I wasn’t prepared [to play political games] to try and keep the job. I’ll sleep very soundly.”

“I think that every Liberal leader deserves support and Matthew deserves it no less than anyone else,” he said.

O’Brien also said being an opposition leader in Victoria was a privilege.

“I love this state, I love the people in it and to be able to do that for three years, to walk into any shop in any town and have a chat and talk about the issues that matter to Victorians,” he said

Western Victoria MP, Bev McArthur, declared that she wasn’t going to vote for O’Brien in the leadership challenge and believes this will help the party move forward in the 2022 election.

“It’s no secret that I voted for a spill in March that was unsuccessful, so I’m happy to support an alternative to Michael O’Brien,” she said.

“I believe the party has to go forward and end any disunity that’s occurring so we’re a viable alternative to go to the 2022 election.”

Nationals leader Peter Walsh spoke to ABC Radio Melbourne and urged Guy to not dwell on the 2018 election and bring positivity to the role.

“It is soul-destroying to lead a party to the result we had in 2018, and I know Matthew felt it very personally, and he has certainly learnt and is very attuned.”

Guy was previously the leader of the Liberal Party from 2014 to 2018 but resigned after a landslide defeat to Victoria’s current premier Daniel Andrews.

Victorian Legislative Assembly by Parliament of Victoria is used a CC BY-SA 4.0 licence and is available HERE.