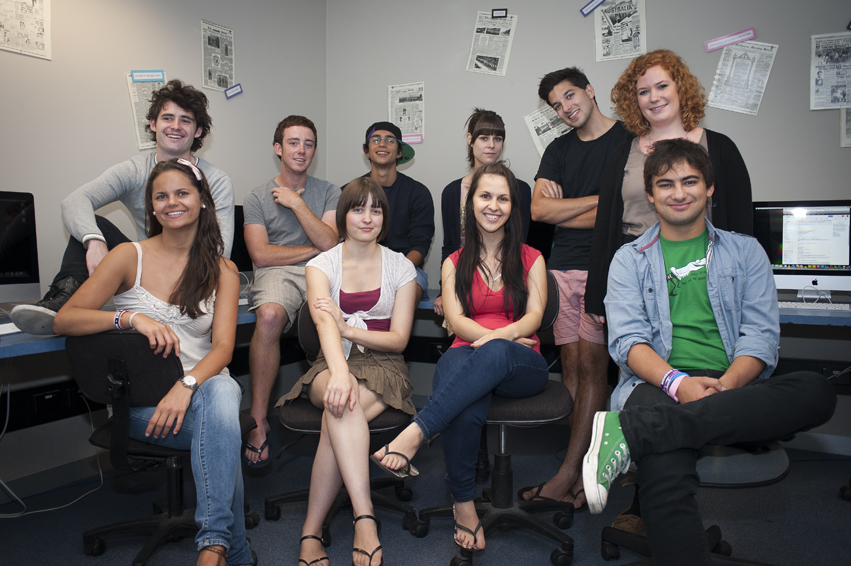 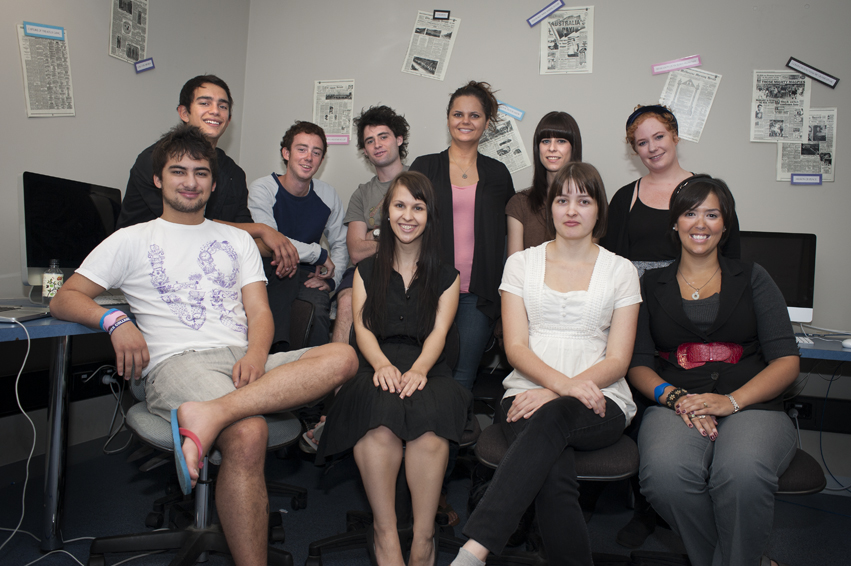 This week we welcome another new editorial team here at upstart.
They’re all La Trobe students, and they’ll all receive academic credit for their work on the site this semester after enrolling in our subject, Online Editing and Publishing.

If you have ideas about what you’d like to write about for upstart, please check our Notes for Contributors guidelines and don’t hesitate to get in touch with the team.

Don’t forget you can receive daily updates about what’s been posted on upstart by entering your email address in the box at the top left of the home page. And you can also follow us on Facebook and Twitter as well.

Olivia Wicik is a third year Bachelor of Journalism student at Long Island University in New York. While pursuing her journalism degree, she is studying a semester abroad here at La Trobe University. Olivia’s writing has been featured in The Pioneer, a student newspaper, as well as student magazine The Bottom Line. Her dream is to one day work for a major magazine in New York City.

Anne Nielsen is an exchange student from Aarhus University, Denmark, where is doing a Bachelor of Media Studies. She enjoys writing about travel, culture and things that make her wonder about life, the universe, and everything. Find her on Twitter @AnneRyvang.

Jake D’Amato is in his final year of the Bachelor of Journalism at La Trobe. He is a sports fanatic with a passion for AFL. Other interests include writing and travelling, and in 2013 he will unleash himself upon the world! Follow Jake on Twitter @jdamato32.

Mark Harris is a third year Bachelor of Media Studies student at La Trobe University. Having worked several jobs in print, radio, and film, Mark is the current President of La Trobe’s Media and Journalism Student Association. His interests include tech and video game journalism. When he’s not busy writing about himself in third person, he can be found on Twitter: @markh110.

Shane Palmer is currently completing his final year of the Bachelor of Journalism. An avid football fan, Shane sees complete sense in regularly staying up until 4am on any night of the week to watch a match. Shane enjoys trying to juggle a busy mix of study, bartending, acting, and following the Melbourne Victory. He greatly looks forward to moving to London in 2013. Follow Shane on Twitter: @SDPalmer12.

Alyce Hogg is doing a Bachelor of Journalism with Honours. She spent last year making rosettes on flat whites and lattes in a Fitzroy cafe, before deciding to return to university this year with the lofty aspiration of living off Centrelink. She has previously interned at the Warrnambool Standard, and is interested in writing about environmental issues and animal rights.

William Botoulas is a third-year Bachelor of Journalism student and sports fanatic. Driven by a passion for all things football he will be covering upstart’s weekly footy previews and related issues as they unfold throughout season 2012. Find William on Twitter: @botoulas43.

Cass Savellis is a final year Bachelor of Journalism student and has a passion for all things music related. She also enjoys food writing and photography. She is mainly interested in print journalism but wants to learn more about radio. Cass writes a blog and can be found on Twitter @csavellis. She wants to work as a music journalist and photographer in the future.

Madeleine McCarty is in her last year of a Bachelor of Arts with a Media Major. She is interested in the environment, sustainability, and humanitarian issues and animal rights issues. In the past, Madeleine has written for La Trobe’s Student Theatre and Film magazine, The Player. You can find her on tumblr, and follow her on twitter @MadeleineKMcC.

Julia McDonald is completing her Masters of Global Communications at La Trobe University. As an international student from Canada, Julia enjoys travelling, sending postcards and attempting to perfect her Australian accent. She is social media addict who spends most of her time on Facebook, Twitter and blogging about life in Australia. Follow her on Twitter @Jules_mcdonald.