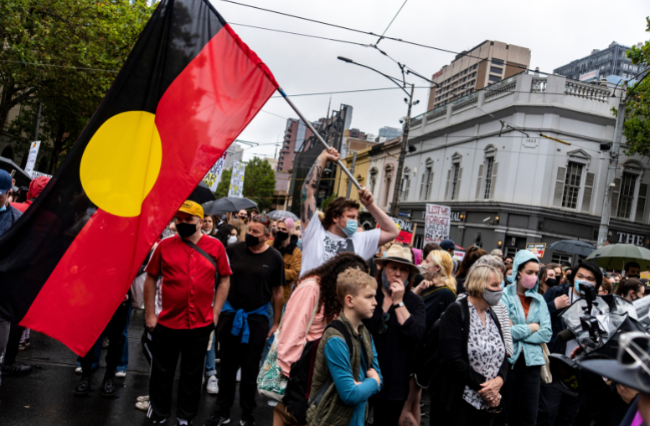 Major changes could be on the horizon as Melbourne City Council reviews how Australia Day is celebrated.

Councillors have voted in favour of a motion put forward by Lord Mayor Sally Capp on Tuesday night to review how January 26 is celebrated in the city.

This could lead to changes to events such as the Australia Day parade and firework displays.

January 26, which originally celebrated the arrival of the first white settlers in Australia, has become increasingly controversial in Australia over the years. Many Indigenous Australians view the day as painful and have been protesting the date for a long time. In recent years more people—including governments and communities—have joined the #changethedate movement.

Councillor Capp acknowledged that Australia Day has many mixed emotions attached, and that the council would be speaking to the traditional owners and the Federal Government on the issue.

A paper will be  presented to the Melbourne Committee on September 6, outlining different ways Australia Day can be managed for the future.

Photo: Invasion Day Melbourne 2021 by Mat HrKac availableHERE is used under a Creative Commons Attribution. The Image has not been modified.