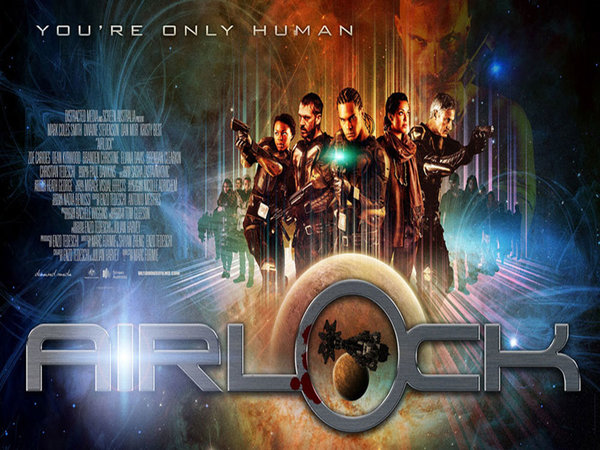 Created by Enzo Tedeschi and Julian Harvey who have previously screened series at Melbourne WebFest in 2013. This year they are back with a three-part sci-fi unlike anything you have seen come out of the land Down Under

When a mysterious rogue ghost ship docks with a remote space station, Jonah Ashbrook and the security team are forced to investigate the suspicious deaths of the crew on-board. They’re soon reminded of a deadly truth: they’re only human.

How is your work different to other horror/sci-fi/fantasy productions?
Airlock is in the tradition of many science fiction shows and films that have come before it, in that it uses a completely fabricated world in order to provide a sort of underlying social commentary. In our case, we have created something that speaks to a universal idea of being on the outside or excluded, but hopefully in a way that is particularly relevant to Australians.

How long have you been making web series for?
It has been 2 years on Airlock now, and previously we made Event Zero in 2012.

What do you want audiences to take away from your series?
I hope that audiences take away an entertaining experience that leaves them both satisfied and wanting more. If it makes them think, then that’s the icing on the cake.

Describe the ultimate fan of your series?
Science fiction fans that like something a little deeper than explosions and big CGI shots. I mean, we have that too – but hopefully we achieved a little more than the sum of those particular parts.

What was the most difficult challenge you had to overcome in production, and how did you go about it?
The scale of the project was definitely the biggest challenge. Our budget was way smaller than the show we were trying to achieve, so finding ways to overcome that without compromising the final product was definitely the challenge. That manifests itself in numerous ways, but in the end, it’s good old-fashioned filmmaking and ingenuity that gets you through. Gotta think outside the box, and find a team of passionate people to help you achieve!!

What is your favourite thing about making web series?
I think the level of freedom provided by not having to fit into a timeslot or really be answerable to a ‘higher power’ makes it an attractive avenue for storytelling of all kinds.

Are there any web series, other than your own that inspire you?
I LOVED Wastelander Panda!

Airlock on the web: