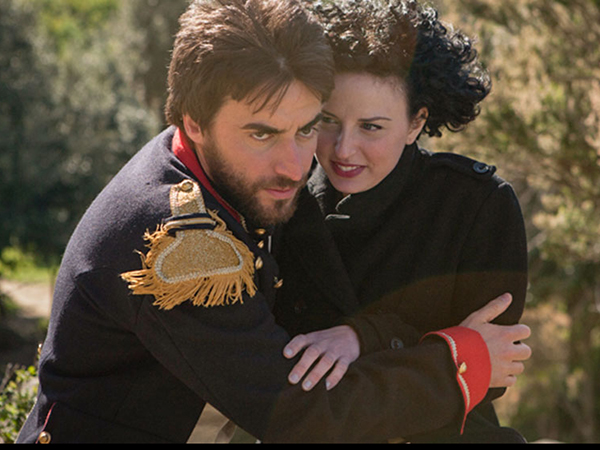 Created by Francesca Detti and Alessandro Izzo, the web series was filmed at the beautiful location of Elba Island, Tuscany. ELBA – Napoleon’s Legacy uses a sci-fi twist on one of history’s most famous characters. Napoleon Bonaparte travels through time to the modern day where he must face many new challenges. The web series uses transmedia storytelling to promote tourism in an original way, a fantasy-drama-comedy-adventure featuring Napoleon Bonaparte and the history of the Tuscan island.

What was the biggest challenge you had to overcome making this series?
The writing was the true challenge: a breath-taking adventure with a three act structure, lots of cliff-hangers and characters’ story-arcs, all condensed in 4 episodes (32 minutes). From a production point of view, the biggest challenge was to make the web-series look like a classic Hollywood movie on a budget. Complicated digital effects, lots of camera movements, lots of locations, a symphonic orchestral score and not that much money in our pockets.

How do you reach your audience?
We run a YouTube channel, which is quite popular in Italy. So we pushed our subscribers to watch Elba (the web-series is published on VisitElba official channel).

Why did you want to make a tourism film for VisitElba? Had I Licaoni produced any films for this purpose previously?
VisitElba is an association of Elba Island’s municipalities. They asked us if we were interested in producing a web-series based on the history of the island, with the aim of promoting tourism in an original way: a fantasy-drama-comedy-adventure featuring Napoleon Bonaparte, but with no commercial message. It was our first experience of that kind, so we agreed with enthusiasm.

ELBA is an innovative take on promoting tourism, why is it that you decided to use fictional characters to inspire visitors to the island?
We were absolutely free to create our story and we really loved the idea of showing two ways of living on the island through the experiences of a young couple native of the place.

How has transmedia storytelling encouraged more tourism to Elba?
Our principle is simple: if people love the story and the characters, they’ll most likely love the island thanks to a sort of emotional transfer. VisitElba has also organised excursions across the island based on web-series locations.

How long have you been making web series for?
We started very early, in 2008, with our first experiment: “Dr. Johnson’s Course of Punches”. A huge success in Italy, which gained us public attention.

When are you completely satisfied with your work?
Never! But with Elba we were quite close. We’re very proud of it.

What is your favourite thing about making web series?
The first one is the audience’s response, the immediate reaction to your work. The second one is (with a paradox) money: because when you have a small budget, generally you are almost in complete control of your project.

How many people worked on this project?
We had a crew of 15 people on the island during the shooting period, plus 5 people who were involved in the post-production.

What’s your background as a content creator? And how did you approach this project differently to previous projects?
We come from independent cinema, we made many of both full-length and short low budget movies since 1999 (in 2005 our “Kiss me Lorena” was the first Italian movie ever distributed across the Internet). Therefore, we approached the project in the same way we approach a full-length movie, trying to use every single trick we’ve learned from our past experiences. For us Elba was an emotional journey, very much like the one Sara, Napoleon and Leonardo have in the fiction.

Elba – Napoleon’s Legacy on the web: