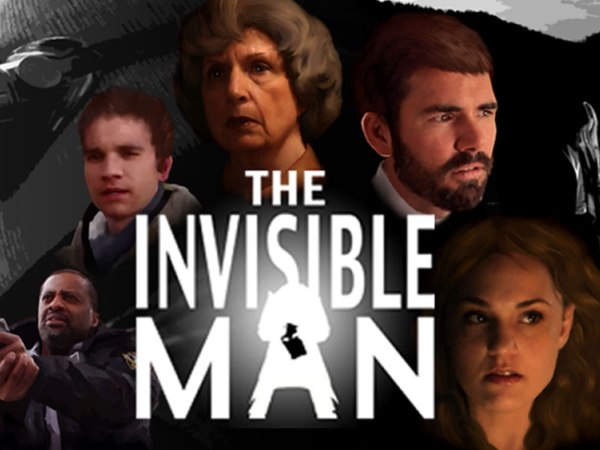 A production that has been 5 years in the making, anyone who has a love for classic science fiction or horror will feel right at home with The Invisible Man.

Tim Compton talks to us about his series.

There have been several adaptations of Invisible Man since it was first published in 1887. Why do you think the story has been so successful as a web series? And what do you think is unique about your own adaptation?

H.G. Wells’ original story is a classic in every sense – it combines wit, mystery, and adventure in such a compelling way. It’s a testament to his work that there have been adaptations in several mediums and the general public has an awareness that his creation is a “classic monster.” We, of course, owe much to Wells for any success we have had with our web series. Our version is a bit unique in it’s modern, Western setting and also in it’s emotional core. The version of Griffin presented in our series has a little more emotional baggage than others have.

As a content creator, where do you go to find information about other film-makers and web series
Like many, I stumble upon news via Facebook and other social media. But I also try and pay special attention to industry news web ]sites, as well as movie news websites geared towards the fan community.

What was the biggest challenge you had to overcome making this series?
Our biggest challenges were the same as those faced by any independent film production: time and money. It’s always difficult to convince investors to take a risk on an unknown filmmaker or a burgeoning medium and finding the time to produce a web series along side other projects you’re working on is no easy task.

How do you finance your series?
We were fortunate to be supported by a mix of private investors, commercial investors, and crowd funding.

Are there any web series, other than your own that inspire you?
We’re just discovering the world of web series and learning about it as we present our series. Our inspiration for The Invisible Man was based on feature films for the most part.

Have you achieved the goals you set for this series?
Filmmaking is a long process, even when a project is shot, edited, and released you have a long road ahead of you. We expect to be pursuing goals for quite some time with The Invisible Man.

From start to finish, how long did it take to complete this project?
We began our earliest brainstorming in 2009 and released the series in 2014, so about five years.

Timothy, you have a list of talents up your sleeve, one of which includes authoring a successful children’s story with Timothy Greiving. How did that idea come about and does it tie into Waterfoot Films or is it a completely separate project?
Pickles in a Pickle is a children’s book that came about from some casual joking with co-creator Timothy Greiving. We found the idea of a dinosaur who has human parents and has a knack for getting into mischief to be rather amusing so we thought we’d develop the idea and see if anyone else found it funny. It is separate from the general thrust of Waterfoot Films’ artistic vision but readers could probably find some commonalities.