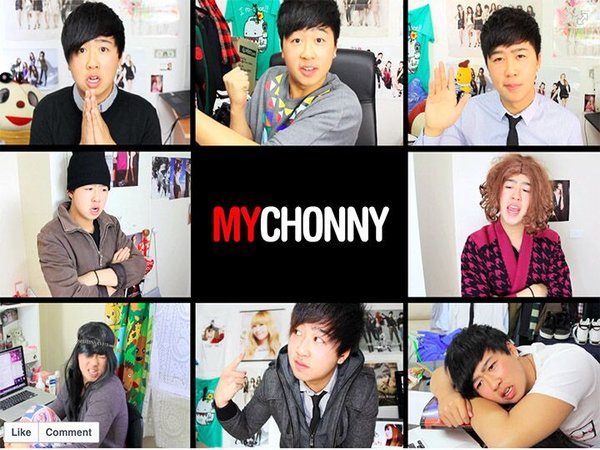 Set in the city of Melbourne, Australia has a new Prime Minister, and he is Asian. When Mychonny and his family are kicked out of their suburban home and wanted by the police, they descend on their relative, ingratiating their way into the heart of the PM and his home.

With a sense of obligation the PM reluctantly accepts his extended family and welcomes them in. The family causes mayhem and mischief for each other but especially the Prime Minister.

As absent as he is at school and as recalcitrant he is as a son, Mychonny steps up to ensure his family don’t get into too much strife, hamper the security of Australia and continue to have a roof over their heads.

John Luc plays multiple roles in this web series, what challenges arose from having to constantly change personalities and characters?
Playing multiple roles has always been exhausting. I play over 6 characters in Mychonny Moves In. Make-up changes were the most difficult. I had to change my face about 15-20 times a day and it wasn’t doing any favours to my sensitive skin. I had to use a lot of moisturiser but I’m now a loyal fan of Johnsons and kids baby’s bum lotion… So it’s not all that bad.

What’s special or different about your series?
What’s different about my series… It has an amazing cast. One of the best-looking, sexiest, smartest cast in the world. Millie Samuels, Adam Murphy, Eddie Baroo, Louise Siversen and Tien Tran. But more importantly John Luc as an Asian mum, John Luc as Asian dad, John Luc as Cindy, John Luc as Mychonny…the list goes on.

How many people worked on this project?
Quite a few people worked on the series. We had a lot of fans from my YouTube videos come on board and help us out. So thank you to all those lovely people! But yeah, It was a relatively small crew but I got to make friends with all of them *smiley face* yay!

Have you achieved the goals you set for this series?
Yes because the director and I wanted to have all my characters appearing in the same frame and we could only pull this off with the brilliant Kate Woods -who flew in from LA to direct the series. This was the first time I ever worked with a director and it was only possible because of the support of Mike Cowap from Screen Australia. Big shout out to you Mike! #fundmeagain

What’s your background as a content creator? And how did you approach this project differently to previous projects?
I’m a full time YouTuber and usually create skits or sketches about my world. This was my first narrative work and I definitely didn’t know what I was doing – thank god for Robyn and Eva, don’t leave me.

So I had to get some advice and help from a few writers and learnt how to write a series – shout out to Jules – you’re the man!

I think I did okay for my first time!

When are you completely satisfied with your work?
I’m satisfied when everything goes my way but that only happens when its just me on my own though. When I collab with others I love the challenges that I have to confront – like working with other people who I don’t know, dealing with new locations, managing a tight schedule, casting…it’s fun but can be stressful.

What’s the magic formula for a successful web series?
Good story and strong jokes (if it’s a comedy). If it can make the audience laugh and they can take away something from the story, then you’ve got yourself a successful show

In what ways do you utilise social media to further your brand?
I use Twitter, Facebook and YouTube to promote the series. Social media is important when you don’t have enough money for advertising/marketing. But it is a lot easier when you’ve already got an audience (in my case, my YouTube fans) shout out to you all for watching my first series.

Mychonny Moves In on the web: