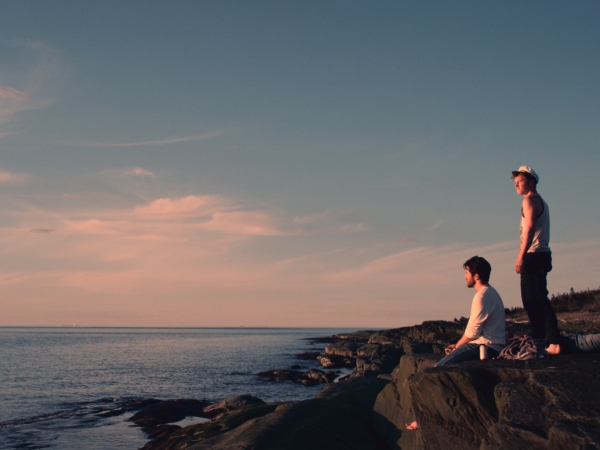 The Banks tells a story of four friends that realise they are stranded on a deserted island with limited resources and limited fresh water. The creator of the web series, Adam Kosh draws inspiration from William Golding’s most famous novel, Lord of the Flies.

What gave you the idea to create a survival themed storyline?
I was looking for a story that could be done on a small budget. Shooting on an island seemed like a good idea since everything we needed was already there. All I needed was camera, a great script and good actors.

What (and/or who) inspired your series?
I saw the Japanese movie Battle Royal right after having read Lord of the Flies 😉

As a content creator, where do you go to find information about other film makers and web series?
I usually go on the Facebook pages of web series festivals.

Why should people watch your series?
People usually tell me they really get caught up in the story… and that they love hating Jonathan.

What do you want audiences to take away from your series?
I just want them to feel emotions. If that works, I’m happy.

What was the biggest challenge you had to overcome making this series?
The temperature on the island. It was totally unpredictable.

How do you reach your audience?
Our distributor helped a lot. Otherwise, it was Facebook.

How many people worked on this project?
Around 30.