The Gold Coast Suns have announced Stuart Dew as their new senior coach. 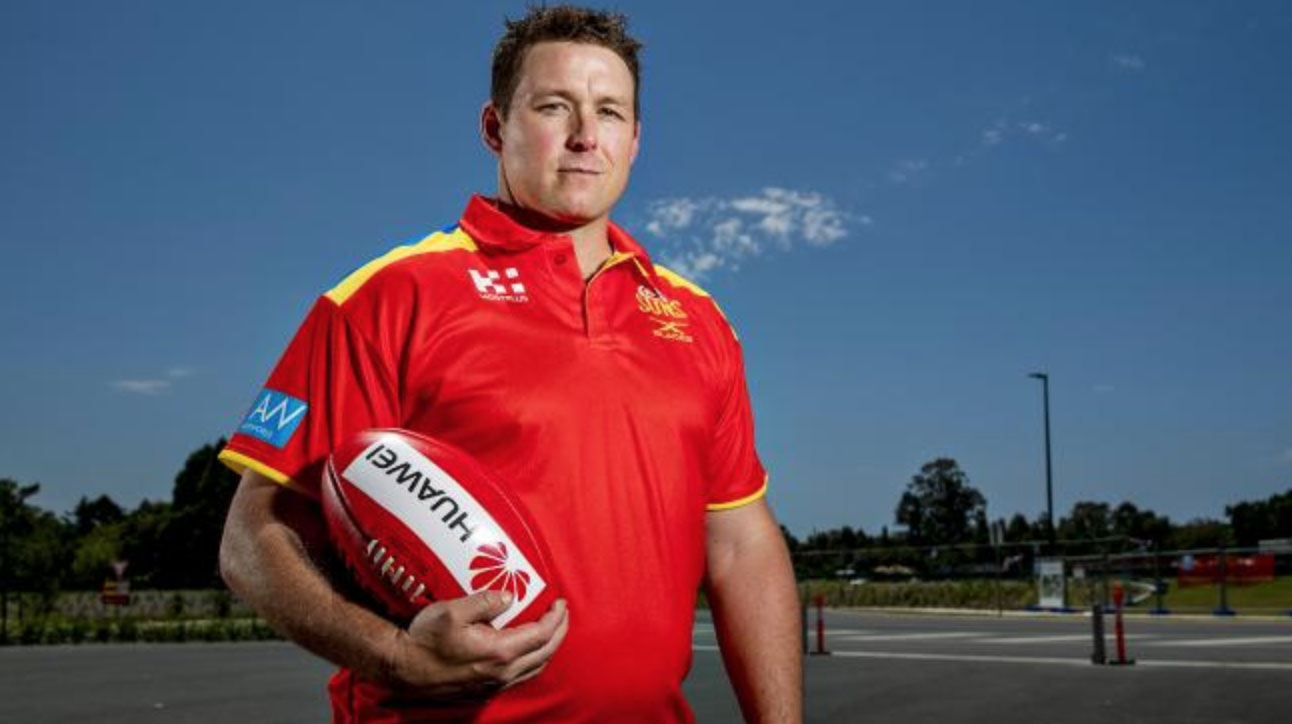 Stuart Dew has been officially unveiled as the third senior coach of the Gold Coast Suns.

The former Port Adelaide and Hawthorn premiership player will replace Rodney Eade on a three-year contract.

Dew began his coaching career at Sydney looking after the defensive unit, before taking over the senior assistant position, playing a significant role in the Swans 2012 premiership victory.

He now becomes coach of a largely rudderless franchise, with a bevvy of on-field and off-field issues.

The Suns have won just 39 of 154 games over their seven seasons in the competition and finished 17th this year, only one win better than Brisbane.

Gary Ablett has demanded a trade back to Geelong, while reports are that Tom Lynch is seriously considering his future elsewhere.

While Dew has not spoken to Ablett, the new coach is determined to keep Lynch on the Gold Coast.

“I’ll have those conversations and I’ll make sure they understand that I’ve got a clear view of what a successful environment looks like and I’d love them to be part of it,” Dew told The Australian.

“Tom Lynch in particular as captain…I love watching Tom Lynch and I’ve admired him from afar, so I’d love that opportunity to work with him.”

Dew also has last season’s dismal showing in Shanghai to redeem, with complaints about flights, player health and then player performance marring the AFL’s expansion attempt.

Despite the challenges, Gold Coast chief executive Mark Evans believes that Dew’s prior coaching experience will allow him to turn the club around.

“There’s no secret he is heavily influenced by the Sydney Swans, Hawthorn and by Port Adelaide and the success they have had and the way they have galvanized a playing group, a coaching group and a staff,” Evans told AFL Media.

“We’re not expecting that on day one he has every single answer.”

Dew will meet the club’s current assistant coaches in the coming days to decide on his support team for the 2018 season.

Assistant coach Dean Solomon is expected to retain his position but the futures of Matthew Primus, Ashley Prescott and Andy Lovell remain unclear.