The Australian was livid during his fourth round loss at the Miami Open. 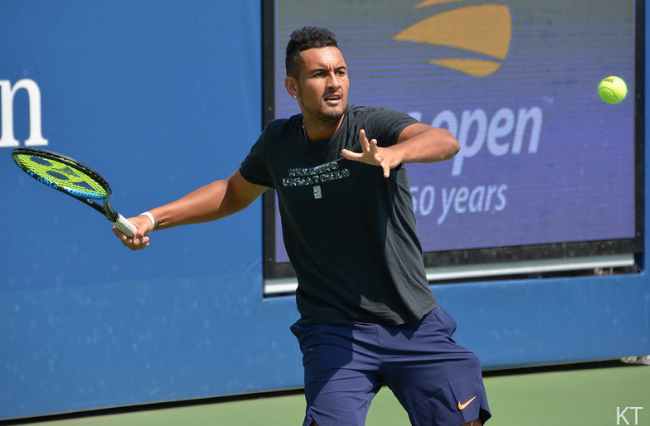 Australian tennis star Nick Kyrgios has been hit with three separate fines totalling $47,000 following his tirade at the chair umpire during his fourth round defeat at the Miami Open.

Kyrgios, whose career fines have now reached $400,000, was outplayed by Italian Jannik Sinner, who beat the Australian in straight-sets.

The outburst started during the first-set tiebreak when Kyrgios repeatedly questioned umpire Carlos Bernardes’ attempts to control the crowd’s behaviour, resulting in a point penalty for unsportsmanlike conduct.

The situation only intensified at the beginning of the second set, when Kyrgios was handed a game penalty after he refused to drop the argument over his previous punishment.

After the match, Kyrgios took to Twitter, where he claimed that the Brazilian “clearly isn’t good enough” at his job, and that the ATP needs to “get new umpires”.

Kyrgios has been heavily sanctioned for his actions, with the world number 102 receiving a $US5,000 fine for audible obscenity, $US10,000 for unsportsmanlike conduct, and $US20,000 for verbal abuse.

Kyrgios’ run at the Miami Open finished after he and fellow Aussie Thanasi Kokkinakis were knocked out in the men’s doubles semi-final this morning.

Photo: Nick Kyrgios by Carine06 is available HERE and used under Creative Commons licence. This photo has not been modified.