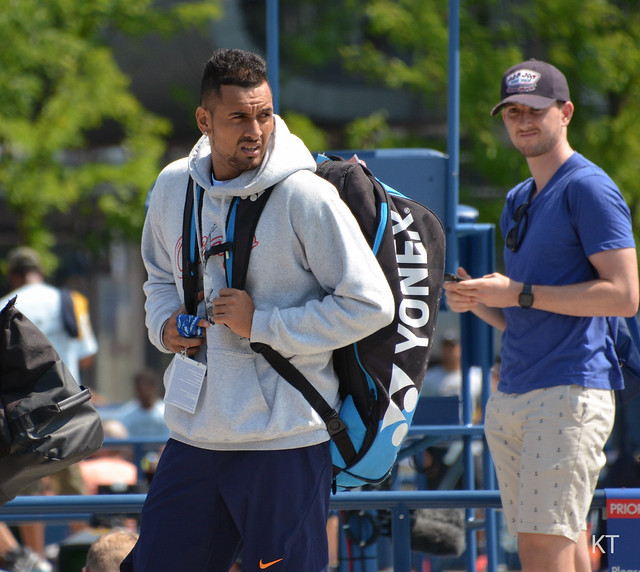 Nick Kyrgios has landed himself in the spotlight once again. The controversial Aussie tennis star made comments overnight surrounding world number one Novak Djokovic, with Kyrgios stating Djokovic “has a sick obsession with wanting to be liked.”

The comments came following Kyrgios’s round of 64 win over 12 seed Daniil Medvedev.

Kyrgios spoke with New York Times tennis writer Ben Rothenberg on his ‘No Challenges Remaining’ podcast. The conversation went for 50 minutes with Kyrgios voicing his true opinion on a number of the world’s best players.

Kyrgios said Djokovic’s celebrations were ‘cringeworthy’ and that the Serb would never surpass Roger Federer as the greatest men’s player of all time. However he did label the Serb as an ‘unbelievable player’ and a ‘champion of the sport.’

With controversy in the past between Spaniard Fernando Verdasco and Nick Kyrgios’s fellow Australian Thanasi Kokkinakis, Kyrgios wasn’t afraid to voice his views on Verdasco, labelling him as extremely arrogant.

“Verdasco drives me nuts, man. That guy … I don’t even want to talk about it,” he said.

“He’s the most arrogant person ever. He thinks he’s god’s gift but like, dude, your backhands pretty average,” he said.

As well as these comments Kyrgios has also been in the spotlight in recent months for his use of an underarm serve which is causing a range of disapproval from many tennis fans around the world.

The most prolific use of this coming against Rafael Nadal at the Mexico Open where Kyrgios defeated Nadal 3-6, 7-6, 7-6. The bad blood continued post match where Nadal said Kyrgios showed disrespect to both the crowd and his opponent.

Kyrgios labelled Rafael Nadal as a ‘super salty sore loser’ and feels he is the reason many fans have turned against him in the past.

Kygrios won the first point of the match against Danill Medvedev with the help of an underarm serve to get the point underway.

Kyrgios will take on Casper Ruud of Norway in the round of 32.

Photo: Nick Kyrgios, US Open by Carine06 available here and used under a Creative Commons Attribution. The image has not been modified.