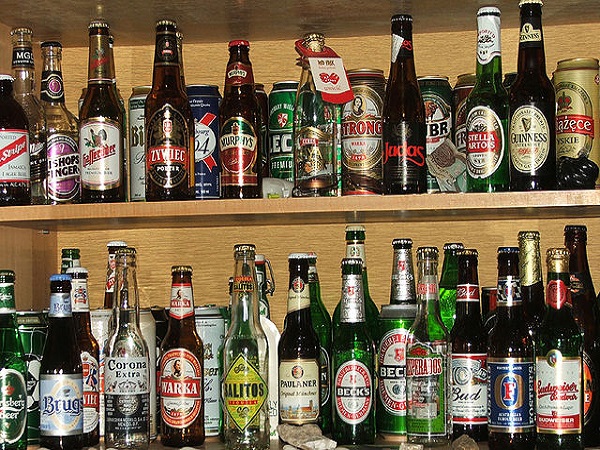 They brew some of your local favourites, from XXXX to James Boag’s, and now you’ll know exactly what’s in them.

As of last month, Lion has made an Australian first decision to display sugar and carbohydrate levels on their beer bottles.

The move come about due to a consumer research report about the health issues associated with alcohol.

The research discovered that many people were concerned about the sugar content in beer.

It found that 87 per cent of Australians don’t actually know the ingredients inside beer and 73 per cent wanted more information about it.

A recent report by the Australian Bureau of Statistics revealed that alcohol consumption is at its lowest level since the 1960’s.

It’s possible that this dramatic change is due to the lack of nutritional information available, but where did the idea that alcohol is full of sugar come from?

According to a small study conducted earlier this year, there are high amounts of sugar in most ciders and spirits, but only a small fraction in beer.

“An analysis of sugar levels in cider, sherry and spirits found that some drinks contained as many as five teaspoons of sugar in a single serving. By contrast wines and beer contained significantly smaller quantities,” the report said.

Lion hopes its new campaign will dispel rumours that beer is full of sugar. Most people believe there is at least double the amount of sugar in beer than there actually is.

Lion’s marketing director, Matt Tapper, said that even though beer is a popular drink amongst Australians, our knowledge of what’s in it is pretty patchy.

Another recent study has indicated that the ‘beer belly’ is actually a myth. Scientists believe there is no evidence that proves that beer drinking is associated with weight gain.

“A pint of beer a day won’t make you gain weight – and it could even protect your heart and bones,” the study said.

“Most people think beer is full of sugar and preservatives, when in actual fact our beers are preservative-free and most are on average 99.9 per cent sugar-free.” 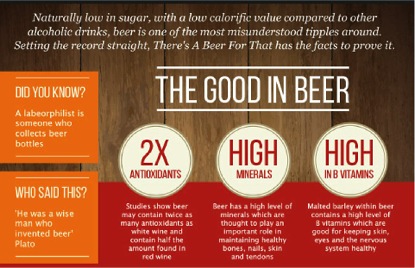 Seven in ten Australians believe that if this kind of nutritional information was available to them, it would help them make informed alcoholic beverage decisions.

According to reports conducted by Galaxy research and FiftyFive Five in 2015, beer consumers not only want to know about the sugar content, but also the level of carbohydrates and calories.

“Labeling transparency is not only an important first step in educating people about beer, but also in supporting them to make more informed choices about what and how they choose to drink,” Tapper said.

Despite distributor concerns, a better understanding of the ingredients and production of beer will allow Australians to make more educated decisions about their alcohol consumption.

Kathleen O’Connor is a Masters of Journalism Innovation student at La Trobe University. You can follow her on Twitter here: @k_oconnor1.