According to organisers, Parkrun builds community and could help us fight the loneliness "epidemic" 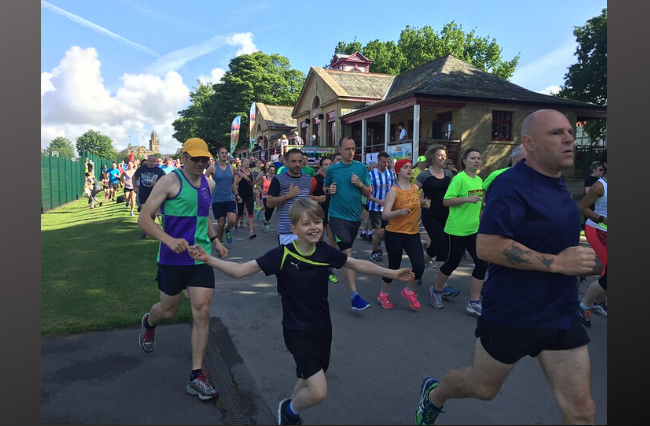 When Tim Oberg talks about parkrun, a weekly running event that sees communities run a timed 5km course, the Australian CEO rarely talks about the physical act of running.

“It’s everything else that surrounds that. It’s the volunteering, it’s the supportive community, it’s the inclusiveness, it’s the multigenerational participation. So, it’s older people, younger people, children, families, all doing it together,” he told upstart.

In October of 2004, 13 people lined up at London’s Bushy Park to take part in the first ever parkrun. They jogged 5km and received a personal time. The event was organised by parkrun’s founder, Paul Sinton-Hewitt, with the help of three volunteers.

Now, over 1,400 parkruns happen every Saturday morning across 22 countries. The idea remains the same: people come and receive a time for running 5km at an event organised by volunteers.

Oberg brought the event to the Gold Coast in 2011 after attending English parkruns. Australia was the perfect place for parkrun, he says, as a country that lends itself to being outdoors and active. It was also the “antidote to the modern society” that people needed.

From Oberg’s first Gold Coast parkrun in 2011, parkrun Australia has grown to include 365 events across the country.

One such event is the Diamond Creek parkrun, run in Melbourne’s north-east. Launched by Nikki Waterfall in November of 2014 on a cold and raining morning, there were 47 runners who completed the course.

Waterfall’s goal was to one day get 100 runners. Five years later, Diamond Creek parkrun is one of the largest in the state, with a record run attendance of 393 people. The whole town feels its effects. Local shops see more customers on a Saturday morning. Cafes are full to bursting after 9 o’clock, when the runners gather for post-run brunches.

“I went out for breakfast with my parents to Nillumbik Cellars,” Waterfall told upstart. “And I said we’d love to come out here on a Saturday morning more often, but because we’re often there until the end of parkrun, by the time you go there there’s no room.”

The community has embraced parkrun wholeheartedly. Permanent signage for the run has been put on council paths. Tracks along the parkrun route have been widened, in part to accommodate the size of the event. Waterfall herself has been awarded Nillumbik Council’s Citizen of the Year for her work with the event.

According to Waterfall, parkrun has changed lives, and a lot of that has to do with achieving individual fitness.

“I think why the running is important is the number of people we’ve seen improve their fitness and lose weight and become healthier is amazing,” she said.

According to experts, however, not only does parkrun benefit our physical health, it also helps our mental health.

Doctors are now prescribing parkrun for people suffering mental health issues. A 2015 University of Loughborough study found that first time parkrunners were motivated by weight loss or physical fitness. Regular runners, on the other hand, were more likely to go to meet existing friends they’d made through parkrun.

And, like Oberg, Waterfall agrees that it was never just about the running.

“A lot of people enjoy parkrun because of the people,” she said.

“Loneliness is going to be the next epidemic. In the connected world people are more unconnected or disconnected than ever. What it does is that it’s a place for people to come every week and be in the community in a way that they want to.”

At parkrun, it seems.

Author: Katy Gale is a first-year Bachelor of Laws/Media and Communications (Journalism) student at La Trobe University. You can follow her on Twitter @katygale00

Photo: Park run 3rd June 2017 by Tim Bray available HERE and used under a Creative Commons Attribution. The image has not been modified.