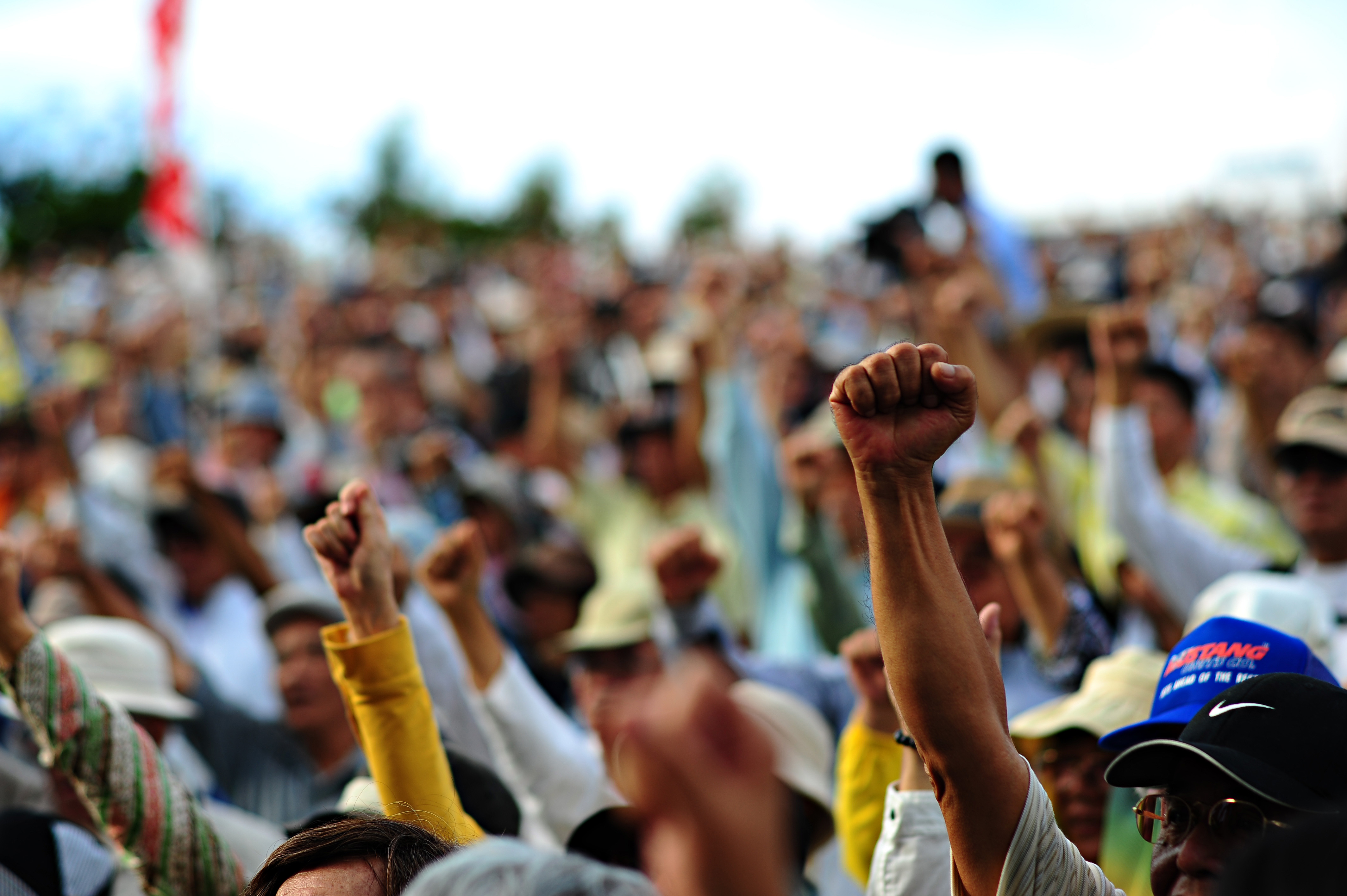 Protestors have disrupted traffic outside the Melbourne Magistrates court this morning, ahead of a hearing for the leader of a far-right group accused of offending Muslims.

The trio of men held a mock beheading of an effigy as they protested against the proposed building of a mosque. The group were also accused of defacing a footpath and garden bed wall at the Bendigo council offices, wilful damage, making a video with the aim to incite contempt for Muslims, and behaving in an offensive manner.

Before the trial was held, anti-racism protesters descended on the area surrounding the William Street courts.

The protesters held anti-nazi placards, and chanted, “Muslims are welcome, racists are not”. Supporters of the UPF were also in attendance.

A live video from the Twitter account of Channel Seven court reporter Sharnelle Vella, accurately depicts the ugly scenes outside the court this morning.

Ugly scenes outside Melbourne magistrates court as the UPF and anti racism protests clash before 3 members of the patriots face court. pic.twitter.com/siT7XIQCSf

Police subsequently formed a barrier outside the court, in order to prevent any potential clashes of violence.

As the trial began, the protesters also made their way inside the court into the public gallery.

The trial is set to continue over the coming weeks.