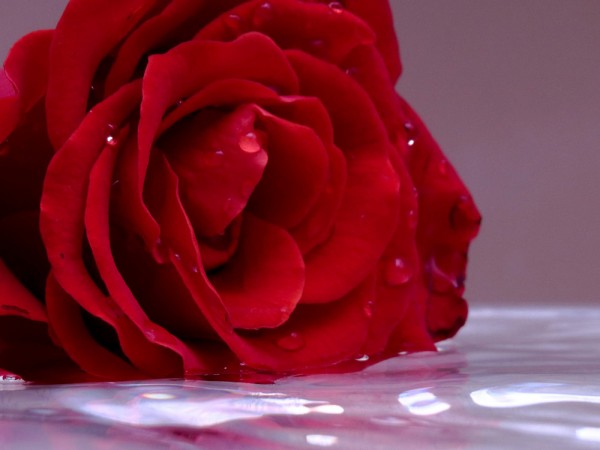 Channel Ten’s most recent season showcased a new group of women competing for the attention of this year’s bachelor, Sam Wood.

During last night’s episode, Wood was given the opportunity to meet each woman and decide whether or not he wanted them to continue in the competition.

Over the next few weeks, more women will be sent home. These awkward rose ceremonies will be broadcast right around Australia.

The scenario resembles a real life dating site. It’s as if they’re using the dating application, Tinder, but it’s all face-to-face.

Wood is offered a selection of women, he’s given time to find out their interests, hobbies and goals, and eventually it’s time for him to swipe left or right.

A swipe right, or a rose, is the acceptance. To receive a rose is to say that the relationship has potential to proceed.

Accepting the rose is a match. You agree to stay.

A swipe left, or no rose, is the rejection. You’re not compatible. Pack your bags, it’s time to go home.

The remainder of the women are invited to a series of romantic dates and getaways with the bachelor. One woman is sent home each week until only one remains.

It’s Sam’s first ever 🌹 ceremony and we couldn’t be more nervous for him! #TheBachelorAU pic.twitter.com/0mqJR3BJLk

This seems easy enough, and perhaps even romantic, but is it possible to form genuine relationships in such controlled environments?

The dates on the show are beautifully romantic, but are meticulously planned by producers. To recreate such romance in real life would be no easy feat.

Zoe O’Brien, one of last year’s contestants, tells upstart that despite the cameras and crew, the emotions behind the relationships are legitimate.

“It does become your own little bubble as you are shut off from the outside world, and don’t have any contact with any other men, your friends or family, TV or phones,” she says.

“The girls were all absolutely amazing and really grounded and a great little outlet to discuss what you were really feeling.”

Sue Yorston, a manager of Relationships Australia, tells upstart that relationships formed on Tinder or on shows like The Bachelor have as much a chance of success as any other way of connection. However, she warns that it’s not the initial connection that counts.

“It is important to remember it is what happens after meeting someone that is vital. Introductions are just that…introductions,” she says.

Personalities can be manipulated on reality television, just like they can be online. Yorston warns that looks can sometimes be deceiving.

“People will present themselves in the best possible light, they will hide what they consider to be the less favourable aspects of their life or personality.”

Despite not meeting her dream man on the show, O’Brien believes The Bachelor is an effective way to form relationships.

“I definitely think it’s possible to form a genuine relationship. I believe in the concept of the show for sure. Look at Anna and Tim, and Blake and Louise.”

Nonetheless, she warns that just like using Tinder you need to be aware of your reality.

“I think it’s important that you take time to reflect on how you are really feeling and to not get caught up in the moment.”