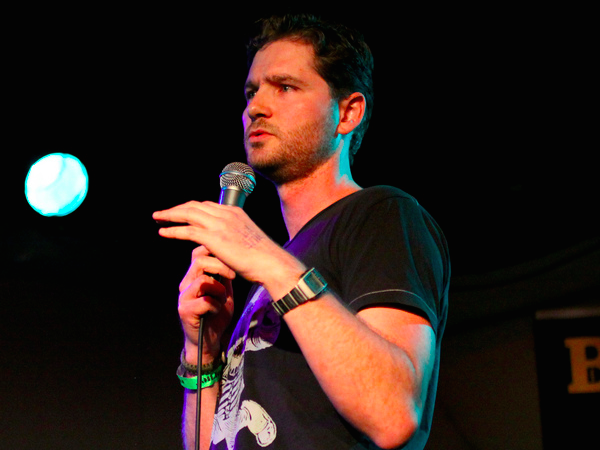 Comedians are trading stand up for sit down, bringing us news, but with an attitude.

Our news cycle is rolling in satire, from Australia’s own Mad as Hell and The Weekly with Charlie Pickering, to America’s better-known, Last Week Tonight and The Daily Show.

Broadcast is not alone in its pursuit of parody.

Sites like The Shovel and The Backburner are providing online audiences with an alternative to hard news sources like The Age or The Herald Sun.

There are concerns that audiences are beginning to rely on parody news to inform, rather than to just entertain.

A report released this year by the Reuters Institute shows trust in news media is low on an international scale.

The report, which looked at trends in media consumption, found Australians identified online outlets over print or TV as their main source of news.

It also found that 48 per cent of people get news from their Facebook feed.

Writer and broadcaster, Helen Razer, has questioned the credibility of fake news anchors who host these shows.

Comedian, John Oliver, who performed stand up to sold out audiences in Melbourne last week, was pulling no punches in his assessment of the state of Australian politics.

The Daily Show’s recently retired Jon Stewart, who despite constantly insisting he is a comedian, was ranked America’s most trusted news anchor in 2009.

He has also been called upon to moderate the upcoming 2016 presidential debate.

Razer said that it’s concerning such faith should be placed in a man who once employed a fluffy puppet as a special reporter.

However, creator and editor of The Shovel, James Jericho, tells upstart that increasing acceptance of satirical news shows is hardly surprising.

“You’ll learn far more from watching The Daily Show or Charlie Pickering than you will watching A Current Affair, or Channel Seven News,” he says.

Jericho launched The Shovel in 2012 after having written more straight, political content. He was drawn to satire as a more interesting and efficient way to comment on politics and current events.

He says The Shovel attracts a diverse demographic, but the largest part of its audience is comprised of 18 to 35-year-olds.

“People, particularly young people, are looking for new ways to engage with news, and comedy is one of those ways,” he says.

Jericho says that satire isn’t subject to the same limitations as traditional reporting.

“It points out hypocrisies. It calls bullshit. It doesn’t just repeat a press release or media statement. It’s also a lot more fun.”

He says a good piece of satire can sum up in one line what takes 800 words for another publication to get across.

A genuinely funny piece is also more likely to be shared, a power in its own right in today’s digital age.

“Politicians around the world are trying to stage manage everything to within an inch of its life. They abuse us with slogans and talking points,” Jericho says.

“When someone pulls back the curtain and says ‘hey look what’s going on behind here,’ it’s refreshing.”

Head of the communication and media department at La Trobe University, Lawrie Zion, tells upstart that satire is an essential part of any democracy.

“If you can’t take the piss, you’re not living in a democracy,” he says.

Zion says that like Razer, he finds interest in the acceptance of fake news shows as trusted news sources.

He says that the lack of trust in traditional news could be partially blamed for this, although another likely factor is the evolution of the industry itself.

News doesn’t need to be distributed in traditional formats anymore, but there are limits to what satire outlets can produce.

While it’s good at highlighting inequality and incompetence, it can struggle to explain the systematic workings. Satire cannot replace journalistic access and analysis.

However, with Australia’s current political situation, which was perhaps identified correctly by John Oliver, satire may continue to play a vital role in the media cycle.