In the second and final part of Shala's story, Molly Hancock recounts Shala's three years in Australia attempting to get a visa. 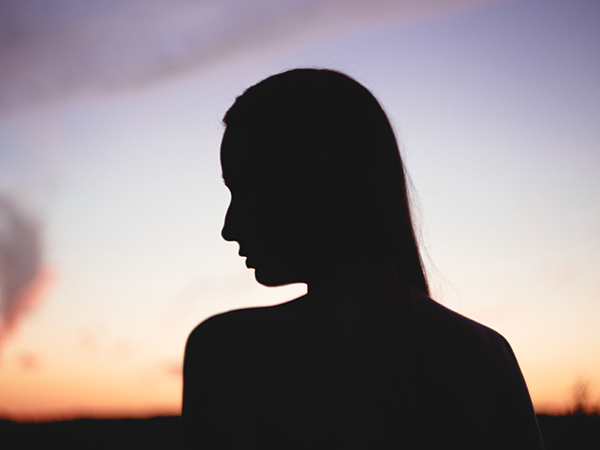 You can read part one of Shala’s story here.

“A navy officer approached our boat … he explained that the detention centre was full and we must stay on the boat for the night and they will come and get us in the morning,” Shala says.

The next morning at 6am the Navy officers came and escorted people off the boat to Christmas Island, where they were sent to the immigration office.

“We thought we would be transferred to the detention centre and then wait to be moved to inner city Australia,” Shala says.

The immigration officer explained that they would be sent to Nauru.

After nearly 50 days at Christmas Island, immigration officers came into Shala’s room early one morning and told her and her parents to put their belongings in a black shopping bag.

“I was crying, I couldn’t believe that we were going to be transferred somewhere else … we heard about Nauru, we knew it was really bad,” Shala says.

Later that night, Shala and her parents left for Nauru.

“I went to sleep on the plane and was woken to my dad calling my mum’s name so loudly,” Shala says.

“My mum was sitting between my dad and me and when I looked at her she looked like a dead body … she wasn’t breathing.”

The plane was diverted to Cairns and the three of them were transferred to Cairns Hospital where they discovered Shala’s mum had suffered a stroke as a result of stress.

Following seven days in Cairns, they were transferred to Nauru.

“We landed in Nauru, it was really hard … you can’t believe it. It was a small island, only 21 [square] kilometres and it was too hot,” Shala says.

“Nothing was good. The first view you can see of Nauru is shocking, I can’t believe how they expect people to live there.”

The island was covered in white tents and the sun was beaming down, Shala and her family were overwhelmed by the conditions.

“The food was bad, the hygiene was really bad. Everything was,” Shala says.

“The food was disgusting and the way they cooked it was not good.

“Children had no toys, mothers did not have the facilities to give their children milk and as a result most became physically and mentally unwell.”

During Shala’s first month in Nauru the community organised a representative from each nationality. Because Shala spoke English well and not many others from her community did, she was chosen.

“They chose me to be a representative for the Iranian family,” Shala says.

Shala and the people at Nauru decided they would try and make their voices heard.

“A guy came to me and said I have Sarah Hanson-Young, from the Green Party’s number,” Shala says.

She had to wait until she was allowed to be taken to the area with phone access.

“Each person was only allowed three to five minutes and we knew the phone calls would be monitored,” Shala says.

“I took a risk … I spoke to Sarah’s secretary and explained everything, but very shortly.”

It was two months later when Hanson-Young visited Nauru.

“I spoke to Sarah with my parents. I explained everything that had happened from the first day. We then took her to the campsite and visited every area. She was totally in disbelief,” Shala says.

Greens senator Sarah Hanson-Young has been a vocal critic of offshore processing centres and her visit to Nauru in 2013 prompted the Moss review in 2014 which found evidence of sexual abuse in the Nauru centre.

In the following months Shala’s father would have health problems and be sent to a hospital in Brisbane.

“My dad was very depressed because we couldn’t go with him to Brisbane. We were also very worried. There was no phone call and no news for three days,” Shala says.

After two months of treatment, Shala’s father was sent back to Nauru.

“It was a couple of days later of my father being back when he fell sick again and was sent back to Brisbane,” Shala says.

Shala’s father would be transferred to Brisbane and then back to Nauru four times.

“It was the last time they sent him back to Nauru everyone was really shocked, even the doctors,” Shala says.

The three of them were transferred to Brisbane.

“When we arrived in Brisbane they took my dad to the hospital and my mum and I to the Brisbane detention centre,” Shala says.

After seven months at the Brisbane detention centre, Shala and her family were becoming settled when they were told that they would be transferred back to Nauru.

“When she told me this news my body went into complete panic. My body was shaking, I couldn’t walk, I was crying … they called the guards and they just dragged me to the van where my parents were,” Shala says.

Shala doesn’t remember much about her flight back to Nauru.

“My parents told me, I don’t remember this, but I tried to hurt myself on the plane to Nauru,” Shala says.

“I honestly don’t remember the first 10 days in Nauru and what happened … but in total the last time we were in Nauru we were there for 67 days.”

During these 67 days, Shala stopped eating and lost 17 kilograms.

“My body was shutting down, my stomach, my liver, everything … it’s a miracle I lived,” Shala says.

Not only was Shala suffering physically, but mentally she had reached breaking point.

“A couple of times I tried to commit suicide because I couldn’t believe this was happening,” Shala says.

“They moved me finally to a hospital near Nauru detention centre … I was getting lots of medications and was there for two weeks.

“They said I would be transferred to Melbourne by myself for my treatment and your parents will stay here.”

Shala demanded her parents be sent to Melbourne with her, and eventually the three of them left to head to Melbourne via Darwin.

“We were only supposed to be in Darwin for 24 hours, but we were there for 40 days,” Shala says.

“Finally after 40 days the case manager came and said we would be transferred to Melbourne.”

In Melbourne, Shala was taken straight to The Melbourne Clinic, a mental health treatment centre, and her parents were taken to Broadmeadows detention centre.

“After two months in the ICU they sent me to the detention centre where my parents were … but I was only there for two night because I became sick and they had to transfer me to St. Vincent’s Hospital,” Shala says.

After two operations to remove her gall bladder and numerous other treatments, Shala was transferred to the rehab wing where she remains today.

“I have been here since September last year until now,” she says.

Melbourne was where Shala’s fortunes really turned around. Not only was she reunited with her siblings that she hadn’t seen for years, her family was also granted a community visa.

“We got the visa through the help of St. Vincent’s, all the doctors and people who work here. It was really nice they helped me and my parents,” Shala says.

“I’m still worried about the future and what might happen … I still have a long way to go physically. Three years and four months of my life have been wasted because of the detention centres, but at least after 16 and a half years, a long journey, I am here.”

Shala’s name has been changed at her request.

is a third year Bachelor of Journalism student at La Trobe University. You can follow her on Twitter at: @molly__hancock