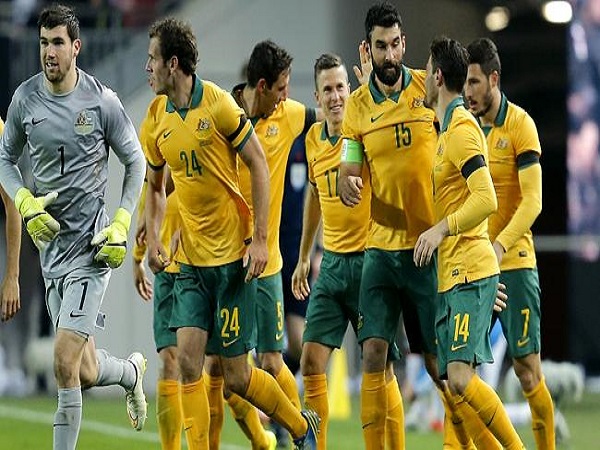 The Socceroos have had a perfect start to World Cup qualification, having so far secured two wins from two games.

After a rather sluggish 2-1 win against a spirited Kyrgyzstan back in June, the boys in green and gold seemed to recapture their confidence in last week’s 5-0 demolition of Bangladesh.

A recent lull in the FIFA world rankings seemed to spur Australia on as they crushed the hapless Bangladesh, who were ranked 173rd.

Early goals by Matthew Leckie and Nathan Burns were complimented by a double from Tom Rogic, before a final goal by Aaron Mooy.

The Socceroos take on Tajikistan, who are ranked 158th, in their next qualifier tonight.

While Australia looks set to take out the three points, there has been some controversy surrounding the upcoming fixture location.

Violence erupted in Tajikistan’s capital, Dushanbe, on Friday, with reports of at least 22 fatalities in gun battles throughout the city and its surrounding area.

If the Socceroos continue at this rate, qualification for the 2018 tournament will be a breeze. However, the road to Russia isn’t as straightforward as it might seem.

upstart has created a round-by-round guide to the Asian Football Confederation’s (AFC) qualifying section, which Australia falls under.

The AFC has been allocated four and a half slots in the 2018 World Cup finals.

Four teams are guaranteed entry. The fifth ranked team in Asia must take part in an inter-confederation play-off to qualify, their spot is not guaranteed, hence the half spot.

46 FIFA affiliated nations from the AFC entered qualification for 2018’s tournament. All 46 are subject to the following four round qualification process.

The 12 lowest ranking teams in the Asian confederate played in one-off matches over two legs in March this year.

This process eliminated six teams from the running.

Australia, along with all teams ranked 1st to 34th in Asia, was granted an automatic passage to the second round.

The winners of the head-to-head matches went through to the next rounds, while the losers were eliminated from qualifying.

The second round of AFC matches ran from May 2015 and will continue through to March next year.

The Socceroos are currently at this stage of the process.

The 40 remaining teams were distributed into eight groups of five teams to play home and away round-robin matches.

The group division process operates on a seeding system, meaning Asia’s top ranked teams aren’t drawn to play each other.

This avoids a scenario where heavyweights such as Japan, South Korea and Australia, get eliminated early on.

Australia was drawn in Group B with Jordan, Kyrgyzstan, Tajikistan, and Bangladesh.

The eight group winners and the four best runners-up will advance to the third qualification round.

The Socceroos currently lead Group B with two wins from their first two games.

This is the business end of qualifying. After round 3, four teams will advance to the FIFA World Cup finals.

12 teams will be divided into two groups of six for another round of home and away matches.

The top two teams in each group will qualify for the World Cup and the two third placed teams will advance to the fourth phase of qualification.

The first matches of this phase will be played on 1 September 2016.

This is where the two third ranking teams from round 3 will play against each other to determine which team will advance to the inter-confederation play-offs.

The first leg will be held on 5 October 2017 and the second will be played on 10 October.

The winner of the round will be ranked the fifth team in the Asian confederation.

This round will see the fifth placed Asian Confederation team come up against the fourth placed CONCACAF team.

CONCACAF is the Confederation of North, Central American and Caribbean Association Football.

These matches will be held in November 2017.