Why do some media reports receive more coverage than others? 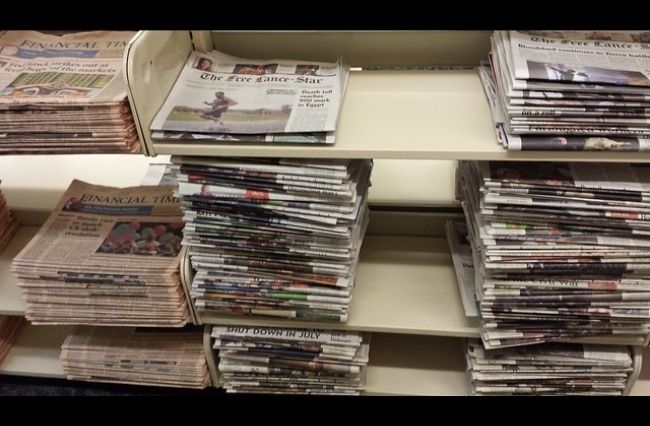 On 21 April, the world watched as fire ripped through the scaffolding of the iconic Notre Dame Cathedral in France.

Social media quickly flooded with nostalgic posts of people posing in front of the church and captions mourning the damaged building.

Then, a week later, Sri Lanka experienced something worse, an Easter Sunday terror attack. Three churches, hotels and multiple cafes were targeted in a highly organised attack that took the lives of over 250 people.

Research from Google Trends suggests that the Notre Dame fires received between five to nine times more interest than the Sri Lanka attacks within the first 24 hours in the news cycle.

Cultural bias occurs when some stories are given more attention than others, based on where they occur, or who things happen to. This was seen through the 2015 Charlie Hebdo attacks in France, Paris when 17 people died in terror related attacks. These overshadowed reports of a similar terror attack in Maiduguri, Nigeria. In the same week, a ten-year-old girl was involved in a suicide bombing that killed 19 people and injured a dozen more.

There are those that would describe this as a predictable pattern: one act overshadowing another in the Australian media because one occurred in a western country. As Professor Susan Moeller once wrote “sometimes millions die but in a news sense they are the wrong people dying in the wrong places for the wrong reasons”.

Managing Editor of Crikey, Bhakthi Puvanethrian believes that bias occurs in Australia due to the media’s lack of attention to our nation’s diversity.

“I think cultural bias is when blinkers are on, when white or privileged culture prevents journalists from reporting on what matters to all Australians, many of whom are Indigenous, non-English speaking or people of colour,” she told upstart.

Another issue is proximity. For example, co-Founder and Managing Director from Media Diversity Australia, Antoinette Lattouf believes the Australian media is more likely to report on events and issues in countries with close cultural and geographical relationships.

This is the case for the Notre Dame event, she believes.

“Paris is a place that many Australians have visited, it’s a western city and that particular building, people loved, and it seemed the people cared about the structure of the building,” she told upstart.

“Does that mean that it’s fair that it got more coverage then Sri Lanka considering how many people died in Sri Lanka? Absolutely not.”

Culture and religion can often drive specific stories in the media according to media academic Dr John Budarick. He says that the fire received far more attention in the media because of personal and religious connections that Australians had to the church.

“The burning down of a cathedral taps into ideas of our Christian heritage. There is also the availability of images, the relatively ‘safe’ interpretive frame,” he told upstart.

Budarick also believes stories of complex significance can often become lost in the news cycle as outlets struggle to understand and interpret them.

“To a lot of media organisations, Sri Lanka and terrorism still tend to be too complex and unknown to give as much coverage to,” he said.

The news may become biased when outlets start choosing stories based on their popularity. This, Lattouf says, leads to uneven reporting.

“In an environment where lots of news outlets are struggling and competing for clicks and eyes, unfairly sometimes, people will choose what’s popular rather than what’s necessarily more important or what has greater impact,” she said.

Another issue that John Budarick raises, is how the geographical location of media outlets impact what stories get told.

“The media industry is also dominated by certain regions, which have the infrastructure to produce and disseminate news, meaning they get to determine which stories get told around the world,” he said.

He also believes that the Australian media may become guilty of becoming disengaged from our multicultural roots.

“The need for audiences, and the belief that people want to hear about others they identify with, is another factor, one which often ignores Australia’s multicultural make-up,” he said.

Lack of diversity in the newsroom is one factor that can lead to uneven reporting, according to Bhakthi Puvanethrian. She believes that the industry is monocultural due to the same people working together from the same privileged backgrounds.

“I think one big reason why the industry remains pretty monocultural is because we all have confirmation bias in hiring and because journalists have had to deal with so much change in recent years, there’s a lack of will to make changes in the diversity space -there’s still a lot of work to be done to push for equality,” she said.

Are our newsrooms too monocultural? Antoinette Lattouf says that this is a definite factor in the growth of cultural bias.

“Our [Media Diversity Australia’s] criticism is when other groups, regions, people with disability, people from different cultural backgrounds, people with different lived experiences – when they are not present in the newsroom, naturally in an editorial meeting when somebody says hey lets cover this story this way, or if you are doing this story we need to show this perspective, and this is what we believe this is lacking in the media landscape which is why we exist,” she said.

“The media is too monocultural. Not only, it’s also monocultural in that it tends to attract people from middle class, inner city. When that happens in a newsroom, you have a lot of people that think the same.”

So, what can be done to create a fair and unbiased media culture in Australia?

Lattouf believes that there should be some type of unconscious bias training that could work within the corporate sphere.

“We don’t realise that we are doing it, we don’t intentionally ignore some stories or favour others, a lot of it is just around our lived experiences and our contacts – so training is a necessity,” she said.

“The other is further support recruiting cultural and linguistically diverse staff and people with a disability.”

Training outlets such as Media Partners create workshops for news outlets and businesses. The team run a program that specialises in a diverse and comprehensive training day that prevents unconscious bias in the news cycle. They believe that everyone possesses some level of bias and we can eliminate this by hiring diverse voices in the workplace.

Another way Bhakthi Puvanethrian believes media outlets could limit cultural bias is by hiring diverse journalists to broaden the voices heard on the news platform.

“Think about your audience as not just white people – this will drive your editorial choices to be relevant to far more people,” she said.

Allanah Sciberras is a third-year student studying a Bachelor of Media and Communications (Journalism).

Photo: Newspaper Stacks by Shannon Hauser available HERE and used under a Creative Commons Attribution. The image has not been modified.