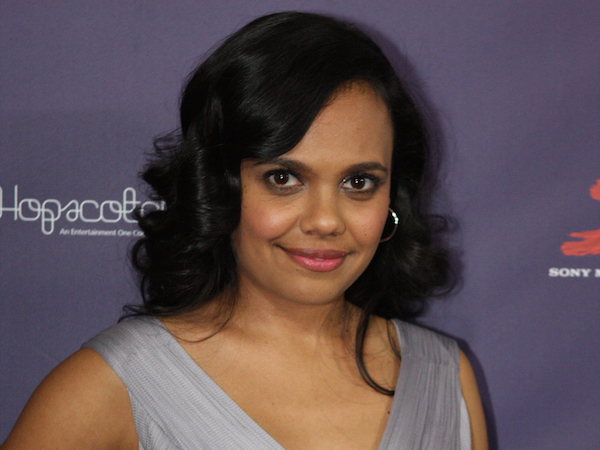 The 2015 TV Week Logie Awards had many important talking points.

While Carrie Bickmore decided to use her Gold Logie acceptance speech to raise brain cancer awareness, Love Child actor Miranda Tapsell, who was awarded Most Popular New Talent and Most Outstanding Newcomer, highlighted the need for Australian television to reflect the nation’s diverse cultures and ethnicities.

“Put more beautiful people of colour on TV, and connect viewers in ways that transcend race and unite us,” she said. “That’s the real team Australia.”

The issue of cultural diversity in Australian television was also raised a few years ago. Actor Jay Laga’aia criticised Home and Away–a show that he was cut from in 2012–for being monoracial and not developing characters beyond certain ethnic stereotypes.

As someone who lost his job on H&A because they couldnt write two ethnics that weren't together, I'd like a chance to ply my trade freely.

TV Week announced in April that Home and Away would receive a Hall of Fame Award this year. It also took out awards for Most Popular Actor, won by Stephen Peacocke, and Most Popular Drama Program.

Tokenism is still blatantly evident in soap operas such as Home and Away and Neighbours. These programs offer very limited cultural representations and, when they are made, representations can be fleeting, lack meaning and reinforce a singular Australian identity.

Karl Stefanovic, a former Gold Logie winner himself, highlighted the need for cultural diversity in an interview with NITV. Stefanovic said that a cautious approach needs to be taken, but that Australian television “would be the richer for more faces on it”.

Public networks are attempting to ensure diverse cultural representation, with the SBS taking a leading role.

According to the SBS’s charter, the network’s primary focus is to provide services “that inform, educate and entertain all Australians and, in doing so, reflect Australia’s multicultural society”. The establishment of NITV and the expansion of SBS Radio have been positive steps in upholding the charter, despite criticisms of SBS’s news service becoming “whitewashed“.

The ABC also attempts to promote diversity on its network despite receiving criticism.

Stefanovic’s statement reflects a seemingly broad desire within the media for individuals of all ethnicities and backgrounds to feature in television programs. So where does the reluctance to include cultural diversity on our screens come from?

TV expert Steve Molk tells upstart that the fundamental problem lies within the industry behind the glitz and glamour.

“[The Australian TV industry] is a crazy beast,” he says.

“It’s [an industry] that people are interested in, but very few people have any understanding of the broader nuance – not even the people in the industry. I think TV can be authentic about [being diverse]. Don’t stand out on the street corner, stick your chest out and yell, ‘Hey, how good are we – we’ve included a Sri Lankan family on our program’. Just tell us you’re reflecting Australia.”

Molk also thinks we will see less monocultural drama shows like Home and Away reach the Hall of Fame in the future. He suggests other TV show genres, such as comedy, could play an important role in increasing diversity.

“I think there’s a challenge for TV Week to decide who goes into the Hall of Fame and gathering shows that deserve recognition,” he says. “I mean, I don’t think Housos will go into the Hall of Fame anytime soon but it has had an impact and connected with an audience which has for the large part has been ignored from a programming point of view.”

“We are seeing diversity in comedy a lot right now, where it is the easiest thing to reflect the diversity of our country. Even though it is harder, drama are taking steps. You look at House Husbands and Love Child, which are two shows doing well and are doing positive things to promote diversity,” he says.

In her Logies speech, Tapsell said that she hopes her work transcends race.

“The great thing about being a woman of Aboriginal heritage in 2015, [is that] we are seeing more and more roles where race is not the central thing,” she said of her character, Martha, in Love Child.

“I really hope it’s the beginning,” she said. “I hope we don’t stop there in making diverse casting and we’re really on our way there in Australia and I hope we continue this cultural shift.”

There is still a long way to go to ensure we get a good mix of ethnicities on Australian television, including Indigenous Australians. Commercial networks therefore should follow the examples set by our public networks and be more confident in promoting diverse cultures.

Philippe Perez is a third year La Trobe journalism student and media editor of upstart. He prefers to stay behind a computer and not in front of a TV camera though.You can follow him on Twitter: @p_perez.