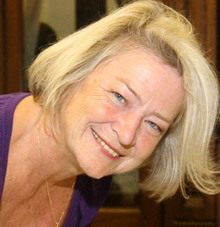 Award-winning British journalist, Kate Adie, will discuss how the 24-hour news cycle is changing the role of war correspondents at a Wheeler Centre forum on October 6.

Adie is one of the UK’s most respected journalists and has reported from major theatres of conflict including  the Gulf War, the conflicts in the former Yugoslavia, Albania, Rwanda, China and Sierra Leone, as well as the student uprising in Tiananmen Square.

She is also known for her coverage of the Iranian embassy siege in London in 1980.  Adie reported live from the scene with only a car door providing shelter as Britain’s Special Air Service troopers stormed the embassy.

Investigative journalist with The Age newspaper, Rafael Epstein, will host Adie’s presentation, which begins at 6.15pm.

The event is free and more details can be found here.