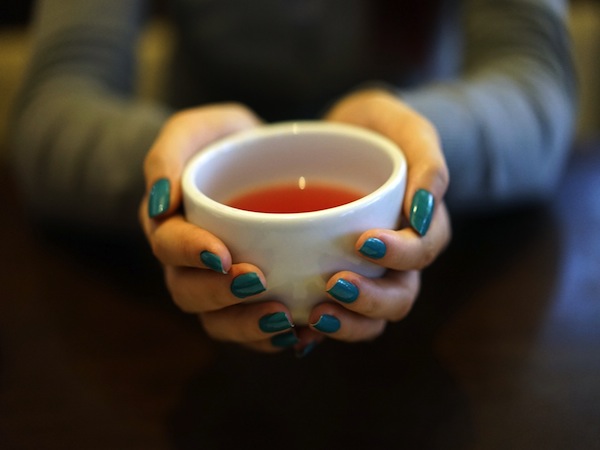 There’s a health trend that promises you’ll shed kilos within weeks by drinking nothing but cups of tea. What’s there to lose?

A lot more than a few kilograms, it seems.

“Teatoxing” is a weight loss craze with advertised benefits including increased energy levels, healthy skin and the ability to drop a dress size in record time.

SkinnyMe Tea is one of numerous brands supplying Instagram-famous weight loss tea. The Melbourne-based online business describes itself as a ‘100 per cent natural health supplements company’.

The “specially blended” teas are sold online and accompanied by eating and exercise plans, but customers could unknowingly be doing more harm to their health than good.

“Reliance on any laxatives, including senna, are dangerous for a number of reasons, especially if you use it for longer periods where the body can become dependent on it and, as such, the bowels will no longer function properly on their own,” Ms Bagleh says.

“While Instagram is a place where people can share their lives with others through photographs, it does not condone the promotion or glorification of self-harm,” the spokesperson said.

Despite losing over 200,000 followers last year, the company has since started a new account and gained an even bigger following.

SkinnyMe Tea run an intense social media campaign and post “before” and “after” photos from participants of their detox diet, helping to secure future and continuing customers.

In conjunction with the SMT Program this babe had some fantastic results // Here is her feedback: "I did the 14 day teatox. I was pretty sceptical but it really helped me to get the energy and the motivation to take responsibility for getting back to being healthy and helped me to be able to stay on track rather than lasting just a week. 8kg and counting" #SMTfeedback www.skinnymetea.com.au 🍃

This babe had an amazing experience on her 28 day teatox and feels so much healthier and happier! She used SMT to kickstart her health goals and has noticed so many changes in her life! We think she's looking amazing and are so proud of her results! #SMTfeedback Here is her feedback: "Hi SkinnyMeTea! My journey started from trying to lose weight multiple times. From fad diets to completely not eating at all! Seeing that this was so bad for me, I got recommended by my friend to try skinny me tea and it was such a great success! After doing a 28 day teatox I lost 10kgs! With a healthier diet, Pilates 2-3 times a week and avoiding my bad addiction to fast food, SkinnyMeTea has made my life so much better! THANK YOU FOR EVERYTHING AND MAKING A HEALTHIER AND HAPPIER ME! :D" Love the SMT team x

A post shared by SkinnyMetea Results (@skinnymetearesults) on Feb 1, 2015 at 4:33pm PST

“Brainwashing people into an abnormal way of thinking that they feel guilty immediately after eating is a damaging way of thinking, that can lead to longer term disordered eating patterns. This is self harm,” Ms Bagleh says.

From local fitness gurus to international models, celebrity ambassadors have also taken to social media to promote the trend by posting images of their alleged teatox journeys.

With young girls already vulnerable to the pressures of looking like their celebrity role model, some dieticians worry it will go too far.

“Any celebrity endorsement affects all individuals. Put a celebrity on a packet of dog food, and people are bound to try it,” Ms Bagleh says.

“Teenagers feel that skinny is sexy, and that by having lumps and bumps makes that fat, disgusting and unattractive. This is a mindset that we, as dieticians, are working so hard to change.”

"Excited to be a part of the SMT team. Enjoying a cup of #ImmuniTea and feeling revitalised after a long day of shooting" – @roxymatthee #BabesDrinkTea Buy now: www.skinnymetea.com.au X

SkinnyMe Tea Founder Gretta Van Riel told Cosmopolitan that, if used correctly, there shouldn’t be any negative side effects to the tea.

“Unlike other teatox companies, we direct our customers to use the teas every second night so that the body doesn’t become reliant on them, and we warn against their long-term use,” she said.

Katherine Bagleh’s advice is to steer clear of fad diets altogether, claiming there is no “magic bullet” to leading an active and healthy lifestyle.

“There is insufficient data from human clinical trials to support the effectiveness of cleanses made of natural or herbal products, so the use is not recommended,” Ms Bagleh says.

“It is important to look at the diet as a whole, rather than individual foods or drinks for successful and sustainable weight loss.”

So keep scrolling through your Instagram feed and pour yourself an Earl Grey instead.