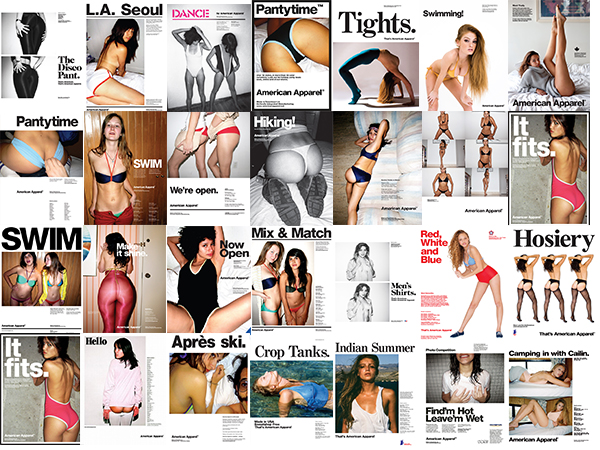 Vintage advertisements in faded magazines depict a perturbing image of women in the 1950s.

Sitting in their offices and sipping whiskey, the ad men devise marketing schemes to sate other men, under the guise of appealing to women.

“The harder a wife works, the cuter she looks.”

“Keep up with the house while you keep down your weight.”

Decades later, the pages are brighter but the ideas are not.

The ideal woman presented in advertising is always beautiful, enviably slim and exudes glamour. But when the images plastered across fashion magazines and billboards are of sexed-up and scantily clad women, you have to wonder who they’re targeting.

Expert and lecturer in advertising and gender at Swinburne University, Dr Nives Zubcevic says women’s bodies have been exploited to now market absolutely anything.

“Unfortunately, research which suggests that sex is one of the most basic of all human emotions and a status symbol leads to the utilisation of these types of ads,” she says. 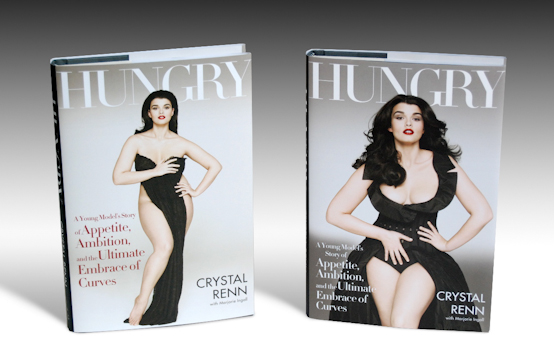 American Apparel is the latest brand to be condemned for its sexist portrayal of women.

Their uni-sex gear may look the same, but examine the online men’s and women’s collections and you will see overwhelming evidence of a brand that desperately aspires to be provocative, but only achieves chauvinism.

While the men are permitted to remain cool, calm and clothed; women are arranged in debasing, pornographically-inspired positions. If they’re not topless, their pants have mysteriously vanished.

One particularly perverse image that captured attention shows a woman with her legs spread and the caption “Now Open”. Not subtle.

“Ads generally sell a lifestyle. And a desirable man is portrayed as powerful, rich, confident, and athletic. Where for women, there is one underlying theme – beauty,” says Dr Zubcevic.

Demoralisation is a technique frequently used in advertising.

Women who are content with themselves don’t need the latest push-up bra. It’s the woman who looks at an unattainable image of perfection and dwells on her own flaws that is compelled to make the purchase.

At least, that’s what the advertisers want us to believe. Their objective is simple – fuel demand by creating insecurity. But today’s astute women are conscious of the blatant sexism and lack of reality in fashion advertising. And it’s not what they want.

A study conducted by Dr Ben Barry illuminated the discrepancies between the ideal woman presented by advertisers and the real woman that consumers want to see.

The study presented the same Diane von Furstenberg wrap dress, worn by women of varied body shape, age and skin colour. Dr Barry asked over 2,500 women throughout Canada and the United States which dress they would prefer to buy.

The answers for the preferred dress were diverse but the sentiment was consistent: women are drawn to models that mirror their own image.

The women involved told Dr Barry they chose the image that allowed them to envisage themselves wearing it. They also felt a boost of confidence when looking at the image. An older woman said, “[the model] does more than make me feel beautiful; she inspires me to go out and get this dress and celebrate my beauty.”

Advertising is all about aspiration, creating a fantasy world that women can buy their way into. With other studies contending that plus-size models would fail to appeal to consumers, is there room in fashion for diversity?

“So deeply ingrained are these perceptions of ultimate beauty that when we do see a model who doesn’t fit into that industry stereotype, such as Australian plus size model Robyn Lawley, it makes global news,” says Dr Zubcevic.

It seems that some brands have finally begun to catch on to the idea of using diversity as a marketing scheme.

In 2011, Jean Paul Gaultier sent models of size 10 to 14 (Australian size 14 to 18) down his Paris Fashion Week runway, including Gossip singer Beth Ditto. And last year Lanvin used real women to advertise its autumn/winter collection, including an 82-year-old model.

Crystal Renn has also declared her support for a more diverse fashion world. After battling anorexia to forge a successful career as a plus-size model, Renn recently said sample-size clothing should be a size 8 (Australian size 12), rather than the industry standard size 0 (Australian size 4). She pointed out the gap in the market for a clothing line that encompasses all sizes.

Considering the average size of Australian women is a size 16, the emaciated coathangers who currently dominate magazine spreads are a poor representation of the women who buy the clothes.

Unfortunately, the stunts pulled by Lanvin and Gaultier are a mere novelty, orchestrated to gain publicity in an industry where nothing shocks anymore. Diversity remains an anomaly in fashion as primitive advertisers refuse to stray from what they know.