Can ethics become compromised while searching for the truth in a journalism investigation? 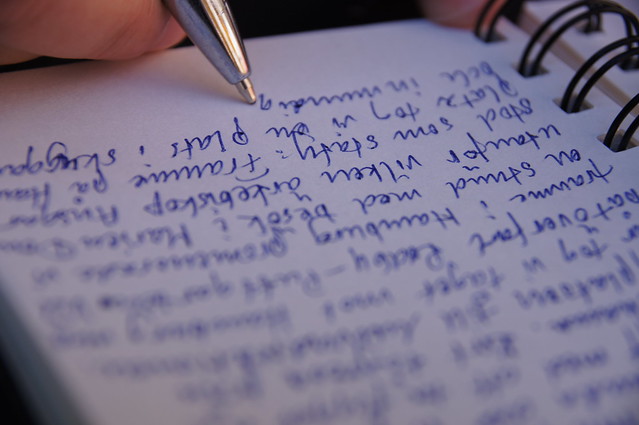 Most journalists abide by a set code of ethics when reporting, but all too often, the ethical line can become blurry.

Public trust in the media is an integral part of journalism and we expect that journalists maintain ethical standards when conducting investigations. But can ethics become compromised when going undercover in a journalism investigation?

Covert tactics have always been a part of journalism. You may be familiar with the case of Nellie Bly, a famous undercover journalist who disguised her identity and pretended to be mentally ill to report on the cruel conditions inside of a female asylum in America during the 1880’s. More recently, this type of covert reporting can be seen in the Al Jazeera, ‘How to sell a Massacre,’ documentary, where a sting operation exposed meetings between Australia’s One Natation Party and America’s National Rifle Association by going undercover with hidden cameras to record compromising conversations between both parties.

Cases like these bring up an ethical debate: does the public have the right to know about the misconduct of public figures and institutions if an act of deception is involved?

Practices such as undercover and covert operations have the possibility to create ethical turbulence when a journalist may misrepresent themselves for the means of making the story.

As a journalist, we are taught a clear set of ethical guidelines, that aren’t compulsory but are recommended.

The Media Entertainment Arts Alliance (MEAA) have a set code that places emphasis on honesty, fairness, independence, and respect for the rights of others.

From reading these guidelines thoroughly, a journalist is expected to “use fair, responsible and honest means to obtain materials,” however undercover methods may simply skip this step.

Misha Ketchell, editor of The Conversation Australia, believes that although the code is a strong document there is a major flaw when it comes to sting operations.

“The MEAA code of ethics is a strong document to guide journalists in their ethical conduct. But it has a flaw, in that it doesn’t expressly ban conduct that changes the course of events, entrapment or sting operations. To my mind these are unethical,” Kitchell told upstart.

The code does stipulate that it may be overridden by “substantial advancement of the public interest.”

But how can ethical standards become compromised?

Although the MEAA has stayed silent about ethical standards in investigative journalism, many journalists say that entrapment and undercover methods should never make a story.

The recent sting by media outlet Al Jazeera is a prime example of how the ethical line can become blurred.

There were many questions on the methods used to expose the story. Did the sting lead to entrapment? And was this deception? Prominent journalists have argued for each side of the case.

Mark Willacy, a senior investigative journalist at the ABC, believes that the story may have hit ethical turbulence by creating a false environment.

“While I believe it is ethical to use covert means to infiltrate a secretive and powerful lobby group like the National Rifle Association, I believe the producers of the story touched – or even crossed – an ethical line by being a conduit between the NRA and One Nation. Would One Nation have gone to Washington to meet the NRA without the involvement, encouragement, or purported contacts of the undercover reporter? I doubt it,” he told upstart.

But Andrew Dodd, a former ABC journalist, told The Conversation that in some circumstances, public interest does trump concern for ethical standards.

“For me, the use of hidden cameras can clearly be defended when a publicly funded Australian political party, that knows what it’s doing is dodgy, is making connections to ‘change Australia’ by gaining the balance of power in the parliament and working hand in glove with the United States,” he said.

“It is highly likely the extent of One Nation’s behaviour could only be exposed through this sort of reportage.”

“The public has a clear right to know what One Nation is up to.”

Serious ethical questions were also raised over the editorial practices and methods used by the outlet by former Al Jazeera journalist, Peter Greste.

“We are supposed to be observers to the news, not participants…it’s inappropriate for journalists to become parts of the story the way they clearly did in this case,” Greste told The New York Times.

So, can a journalist justify breaching ethical standards for public interest?

“It is the job of the journalists to serve the public interest overall. This means that where investigative journalism uses methods that may breach the code of ethics, an overriding public interest must justify it,” Misha Ketchell, editor of The Conversation, explained.

“The sting also may have breached this clause of the MEAA code of ethics as it used a dishonest method to obtain information,” Ketchell said.

Commenting on the criticism of the sting, multi-Walkley winner, Logie award winner and ABC journalist Chris Masters said that it is up to the journalist to uncover the story.

“The best way is to independently gather information and then to seek to reconcile what you have found. When seeking information, across the industry there are varied views about what constitutes ethical conduct,” he told upstart.

“It is very hard to justify outright deception.”

Is there an ethical solution?

For now, the line remains quite blurry when it comes to investigative journalism and reporting, ethics-wise.

There is a need for a specific clause for investigative journalism, to ensure that no ethical lines are crossed, according to ABC journalist, Mark Willacy.

“I think there is probably a need for specific clauses within the existing code to deal with investigative journalism, particularly in this era of recording and surveillance devices such as our very own smart phones,” he said.

“Trust is one of journalism’s most important assets. Without it, we have no currency with which to trade with sources, talent, or the audience. So that means we should have guidelines that deal specifically with investigative journalism.”

Currently, there are no immediate steps to create an investigative code of ethics. It remains up to individual journalists and publications to navigate the line for themselves and to judge whether or not their methods are fair and ethical.

Allanah Sciberras is a third-year student studying a Bachelor of Media and Communications (Journalism).

Photo: Diary writing by Fredrik Rubensson available HERE and used under a Creative Commons Attribution. The image has not been modified.