Treasurer Scott Morrison has delivered his long awaited 2016 budget, but what does it mean for students? 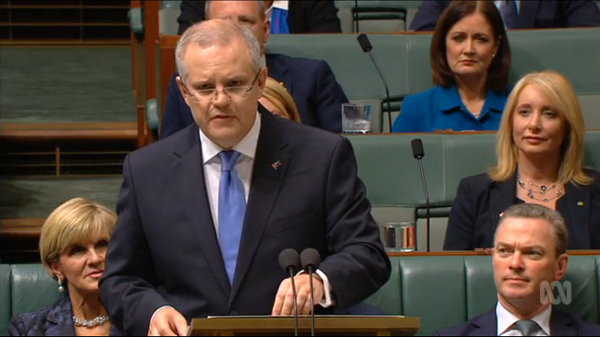 Australia is only two months out from a double dissolution election, which means the budget is the last major move of the Abbott-Turnbull government.

They will take the results to the election on July 2nd.

The Turnbull government’s economic plan includes a myriad of measures, but cuts to universities, a new jobs program for young people and increases to the tobacco excise stand to impact students the most.

The ABC is reporting that the budget has scrapped the coalition’s controversial fee deregulation policy, but that they are still seeking $2 billion in savings from the sector.

The plan, which reportedly amounts to a 20% cut in public funding for universities, has been buffered by a number of suggested reforms, including lowering the HELP repayment threshold so that those earning $40,000 per year would pay back their loans.

The government has also previously floated plans to go after the estates of dead individuals who still have HELP debt in what has been dubbed by students as a “death tax.”

The reforms aim to secure the longevity of the HELP loan program, which has been flagged as unsustainable by the government and researchers.

However, this may not be the last we’ve heard of fee deregulation, with the budget papers suggesting that the higher education reforms announced in the 2014-15 Budget have merely been “delayed” an additional year to “undertake further consultation.”

“The government is currently undertaking consultation on a redesign of the VET FEE-HELP scheme, following the release of a discussion paper on 29 April 2016. A redesigned VET FEE-HELP scheme is aimed at improving the integrity and sustainability of the scheme,” the budget paper states.

upstart talked to students and industry experts about the government’s plans for higher education last month.

“From 1 April 2017, young job seekers, who need to boost their job-readiness, will participate in intensive pre-employment skills training within five months of registering with job active,” Morrison said.

According to Morrison the program will run over three stages dedicated to skills training, internships and wage subsidies.

“In stage two, the government will introduce an internship programme with up to 120,000 placements over four years to help young job seekers who have been in employment services for six months or more to gain valuable work experience within a real business,” Morrison said.

“In stage three, Australian employers will be eligible for a Youth Bonus wage subsidy of between $6500 and $10,000, depending on the young person’s job readiness.”

The program will include 120,000 internship placements that will run between 4 and 12 weeks, during which time job seekers will work 15 to 25 hours each week.

“All of these initiatives will cost $751.7 million over the next four years, and are fully funded from savings in other employment programmes, including better targeting work for the dole,” Morrison added.

The budget also contains a plan to spend $89 million in funding the New Enterprise Incentive Scheme (NEIS) to encourage young people to start their own businesses.

“This will assist more job seekers, including youth, by connecting them with business training, finance and networks they need to develop their innovative ideas into successful businesses,” the budget paper states.

Increase to the tobacco excise

Unsurprisingly the budget measures include an adaption of Labor’s plan to increase the tobacco excise.

“We will implement a further four annual 12.5 per cent increases in tobacco excise, with the first increase to take effect on 1 September 2017,” Morrison said.

“The net impact of the tobacco measures will raise $4.7 billion over the next four years.”

The measures will see an increase in the price of cigarettes – which La Trobe Economist Professor Harry Clarke told upstart was a mistake – stipulating that higher taxes will result in diminishing returns.

The prospect of these diminishing returns have caused headaches for Labor, who have been criticised by the coalition for bad costings that allegedly leave a $20bn hole in their policy platform.

“In this budget we continue to roll out our $50 billion national infrastructure plan to support economic growth,” Morrison said.

Under the plan the Commonwealth will support state led infrastructure projects through an “Asset Recycling Initiative” reportedly worth $3.3 billion.

“The government has finalised or committed to agreements with four states and territories under the government’s Asset Recycling Initiative,” Morrison said.

“[It] will catalyse $23 billion in additional infrastructure investment in projects including the Sydney and Melbourne Metro projects, light rail in Parramatta, regional road and rail freight corridors across NSW and Victoria, and flood mitigation works in the Northern Territory.”

The government also has plans for the funds previously allocated to the now scrapped east-west link project, which include $500 million in funding to upgrade the Monash Freeway.

Following several tax avoidance scandals and pressure from Labor and the Greens, Treasurer Scott Morrison has announced plans to create a new task-force to crack down on multinational corporations avoiding tax.

“Last December, despite opposition, we secured the passage of world leading multinational tax avoidance laws. The new powers and penalties in these laws are now in place and supporting the Australian Taxation Office to ensure multinationals pay tax on what they earn in Australia,” Morrison said.

“These new laws will be backed up by a new operational task-force of more than 1,000 specialist staff in the ATO to police and prosecute companies, multinationals and high wealth individuals not paying the tax they should.”

New measures have also been announced. They include:

According to Morrison the crackdown will raise an additional $3.9bn in revenue over the next four years.

The budget is currently being tabled in the Senate, after which particulars will be referred to Senate legislation committees in an estimates process on the 5th and 6th of May.

Opposition Leader Bill Shorten is expected to deliver Labor’s official budget reply to the house on the 5th of May.

The Sydney Morning Herald have published a transcript of Treasurer Scott Morrison’s entire speech to the house, which can be found here.