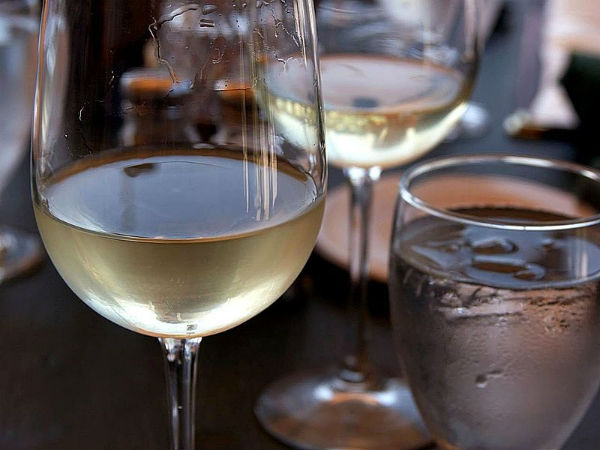 When someone mentions university students, thoughts automatically turn to goon sacks, beer pong and shots. What else would you expect from a bunch of early 20-something-year-olds?

But where does the assumption that it’s okay to drink excessively while at university come from? And what are the actual consequences of long-term binge drinking?

If you’re a part of this ‘college culture’ and don’t want the fantasy ruined, you may want to turn away now.

It’s acceptable to drink so much because everyone is doing it.

Peer pressure is a significant contributing factor in determining when and how much alcohol we consume. Plus, with part-time jobs and non-compulsory classes, there is always room in-between for a few sneaky goons.

“It’s a binge drinking society. It’s how people feel like they need to meet each other and it’s just what goes on,” she says.

RMIT student and resident at the RMIT Village, Jordyn Mason speaks along a similar vein.

“I guess we feel like alcohol makes it easier to make new friends.”

So if everyone else were to jump off a cliff, I guess you would do the same.

I know what you’re thinking. ‘Why, it’s not the same thing!’ And you’re right, it’s not. But try telling your liver that… or your heart, brain and basically any other organ in the body for that matter.

The Better Health Channel, as part of the Victorian Government’s Department of Health credits excessive and chronic alcohol consumption – binge drinking – as the number one cause of liver cirrhosis. This is a form of liver damage where healthy cells are replaced by scar tissue, which inhibits metabolism functioning and the production of proteins. This, in turn, makes it harder for the body to filter drugs and toxins while also making you more prone to blood clots.

Duel Diagnosis Worker Paul Hurnall, specialises in working with people who have mental health and substance abuse issues. He also weighs in on the health risks associated with binge drinking.

“Acquired brain injury is really quite common for really heavy drinkers so that means they have some kind of cognitive decline. This usually impacts things like memory, higher function; dealing with organisational tasks and that type of thing as well.”

Drinking is the only way I can have a good time.

But seriously, according to Hurnall drinking excessively on a continual basis quite often has the reverse effect.

“In the short term people do get some sort of emotional release from alcohol – it does slow down their thoughts and make them feel more relaxed – but that’s only a short term fix,” he says.

Organisations, like Beyond Blue also draw light on the connection between substance abuse, depression and anxiety. They say that while alcohol can heighten joy and excitement, it can have the same effect on feelings of anxiety and depression.

There’s always an opportunity to drink now, but that’ll change in a couple of years.

Excessive drinking in university comes as little wonder when, between La Trobe University, RMIT and Melbourne University, almost every night of the week is covered as a drinking night; with Thursday appearing the most popular.

Many students justify the excessiveness of this with the notion that once university ends, so will their binge drinking habits.

“It’s only a couple of years of your life, I guess,” says La Trobe University student and Menzies College resident, Caitlin Pickert.

“It wouldn’t be the same [after university] because there wouldn’t be as many people and I’d feel like I was just getting drunk by myself,” says Mason.

But after years of treating people of varying age groups and situations, Hurnall warns that a new job or location doesn’t necessarily mean a new drinking context.

“If someone is a young binge drinker than they’re more likely later on in life to have a problem with alcohol. It’s [binge drinking] so indented in Australian culture. The idea of stopping when you leave a particular place or profession is flawed because you can just go to another one with the same culture; it’s a real cultural thing.”

The Australian Bureau of Statistics tends to favour Hurnall’s judgment, reporting in 2007-08 that 37.7 per cent of Australians over the age of 18 drank excessively at least once during that year.

I can live with the short-term effects.

Okay, so you can deal with that hideous photo on Facebook or that drunken, oh-so-shameful text you sent your ex.

According to a report by the Federal Government’s 2008-10 National Binge Drinking Campaign, that’s the price Australia is paying for it’s youths to drink excessively.

Hurnall’s solution is for students to stick to a maximum of four to six drinks in one sitting, as recommended by the Australian Government’s alcohol guidelines.

“I think the message should be that there are still safe levels of alcohol and you can drink at safe levels. You don’t have to go past these safe levels. Don’t put yourself at risk and others at risk, as well,” he says.

In the long run, binge drinking could cost you more than just a hangover. The issue isn’t whether you should or shouldn’t, but rather when and how much. The facts and advice are there, but the choice is still your own.

If you are or know someone struggling with alcoholism, Alcoholics Anonymous Australia provides advice and 24-hour phone helplines that you can call.