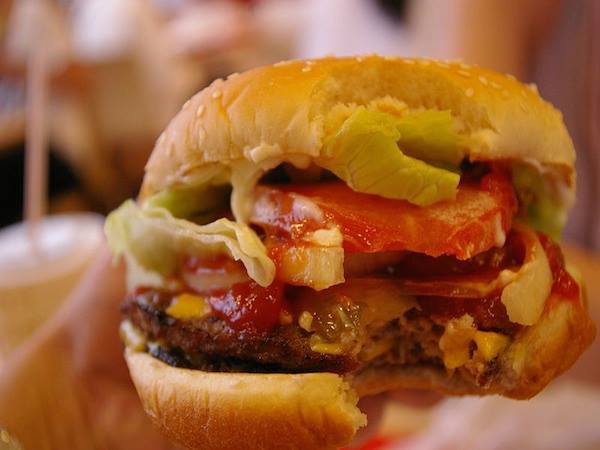 From a young age, we’ve all been told that junk food is bad for us. Exactly how bad it is has always remained a mystery.

Recently, The Atlantic published an article about a study called ‘How Oreos work like cocaine’. The study, conducted by Connecticut College, found junk food to be “addictive” or, at the very least, habit-forming.

And these behaviours are starting earlier and earlier with children.

The study concluded: “…perhaps high-fat, high-sugar foods are stimulating the brains in the same way as drugs of abuse and can be considered as a potentially addictive substance.”

Watch television during prime time and you’ll see most networks carry advertisements from fast-food companies, all synchronized around times when kids and families are likely to be glued to the screen.

There might be a delicious wholesome meal in front of you but the sight of McDonalds new Big Tasty range or the idea of KFC’s new Zinger Pie triggers something in your brain.

Add to this the fact that McDonalds and Hungry Jacks give out toys with the purchase of kids’ meals, and you have a recipe for poor health and obesity.

“What McDonalds in particular does really well is pair a positive expectancy with going to their restaurant and eating there – things like getting a toy with a Happy Meal, playing on the playground,” McLean says.

“Before too long, it establishes a habit whereby they expect good things to come from going to McDonalds.”

“These positive memories carry through with them. They remember the warm feelings of having fun and getting toys and being with Mum and Dad.”

Banzhaf made a name for himself in 2002 when he filed a lawsuit against McDonalds claiming their false advertising directly contributed to childhood obesity.

However, it seems a step has been taken in the right direction after a recent Greens policy advocated for the banning of junk food commercials during children’s programming.

“A quarter of Australian children are now overweight or obese and it is undeniable that junk food, and the advertising that goes with it, is playing a role in that,” Greens Senator Sarah Hanson-Young told The Advertiser.

However, McLean says the negative impacts of fast food don’t register with consumers in the short term.

“They don’t think it’ll do them actual damage and it comes down to people’s optimistic bias. Even if people know it’s bad and carries a risk, there’s an underlying thought that ‘it won’t happen to me’.” she said.

The Greens proposal follows the decision to ban junk food advertising from the Walt Disney television networks, which was welcomed by the Obesity Policy Coalition.

However, banning advertising for a few hours a day is still a small step in the fight to regulate the consumption of junk food.

McLean has her own recommendation for those who are trying to break the junk food habit.

“If you cold turkey yourself off junk food, you’re more likely to binge on it when you relapse off your diet.” McLean advised.

“It’s okay to have it as a treat every once in a while. Moderation is the key.”

Kevin Cheong is a third-year Bachelor of Journalism student. You can follow him on Twitter at @cheongas