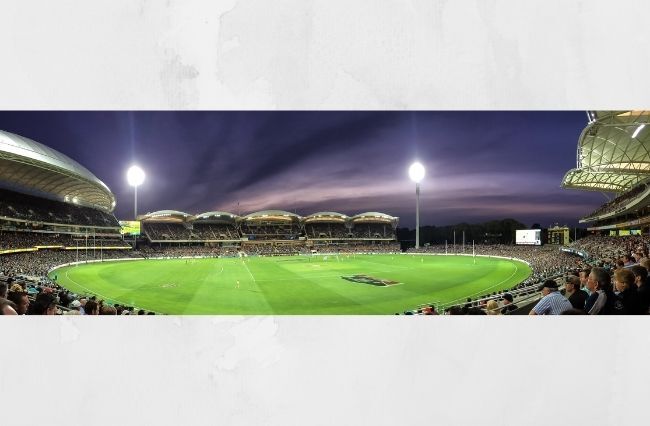 There’s no shortage of sport to keep you entertained during lockdown. Here’s what to keep an eye on this weekend.

The final round of the AFL home and away season will be headlined by a number of sides looking to cement their place in this year’s final series. It will also set the stage for a host of farewells for those retiring or leaving their club at the conclusion of the season.

The round will kick off with the Western Bulldogs hosting Port Adelaide at Marvel Stadium on Friday night, with both sides battling it out for a potential top two spot and hosting rights to a Qualifying Final the following week. Meanwhile, first placed Melbourne will face second placed Geelong at GMHBA Stadium on Saturday night in what looms as a blockbuster encounter. A win for the Demons would see them secure their first minor premiership since 1964.

The race for the top eight will also reach its climax, with seventh-placed Greater Western Sydney (GWS) and eighth-placed Essendon looking to secure a finals birth this weekend. Local rivals West Coast and Fremantle will also be vying for a spot in the finals, however are relying on other results to go their way.

Several greats of the game will also be farewelled from their respective clubs this weekend. On Saturday afternoon at the MCG against Richmond, Hawthorn will be hoping to send off club legends Shaun Burgoyne and outgoing premiership coach Alastair Clarkson in style. The game will be Burgoyne’s 407th overall and 250th for Hawthorn, while Clarkson will conclude his tenure at Hawthorn as a four-time premiership coach, the most successful coach in the club’s history.

Richmond coach Damien Hardwick says that both players will leave a lasting legacy at the club.

“Both retire three-time premiership players but that’s only really scratching the surface of what both those boys have brought to our club,” he told reporters this morning.

Carlton and Adelaide champion Eddie Betts will also be hanging up the boots on the weekend when Carlton meet GWS on Saturday night at Marvel Stadium. Betts will finish his career having played 350 games at the AFL level, spanning across seventeen seasons.

In the lead-up to his final game, Betts said that all he hoped to do was put a smile on people’s faces.

“If I’ve done that, then I’m happy. I haven’t got a premiership, which is the ultimate goal, but if I’ve made people smile, my job here is done,” he says.

It is Preliminary Finals weekend for Suncorp Super Netball, with the GIANTS facing the West Coast Fever on Saturday afternoon for a spot in the Grand Final. The winner will face the NSW Swifts next week, after they secured a nail-biting one goal victory over the GIANTS last weekend. In the competitions short history, West Coast Fever have reached the grand final twice, but are yet to come away with silverware.

Round 23 of the NRL premiership season will begin tonight, when ladder-leaders Melbourne Storm face off against the eighth-placed Gold Coast Titans at Cbus Super Stadium. A win for the Storm would see them extend their winning streak to 19 games this season, equalling the longest winning streak ever set in the history of Australian rugby league.

Another big clash will also take centre stage on Saturday night, with the second-placed Penrith Panthers battling it out against the third-placed South Sydney Rabbitohs at Suncorp Stadium in Brisbane.

Matchday 2 of the English Football Premier League will see a number of sides looking to claim their first points of the season. Liverpool will kick things off against Burnley at Anfield on Saturday night (AEST) whilst Chelsea may potentially unveil new signing Romelu Lukaku when they meet Arsenal at the Emirates Stadium early on Monday morning. Newly appointed Tottenham manager Nuno Espirito Santo will also face his former side Wolverhampton Wanderers this weekend.

Photo: Adelaide Oval Pana By Stephen Beaumont available HERE and used under a Creative Commons Attribution. This image has not been modified.