Tara Murray, a sports journalist for the Star Weekly, speaks about how she made her way into the media industry. 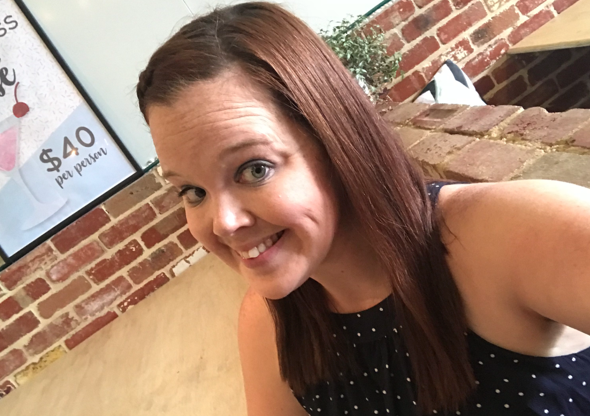 Imagine yourself during high school, having to complete activities in class and having teachers ask you to work on assignments about your future aspirations.

Perhaps you are someone who surprisingly ended up making a life-changing decision through an unexpected task that you were given. Or maybe you sat there wondering, is this going to be an important part of my future?

For Tara Murray, a sports writer with the Northern Star Weekly and the Sunbury and Macedon Ranges Star Weekly, it was the former. She first realised she wanted to become a sports journalist back in year seven during a school assignment based around what she wanted to do when she was older.

“I wanted to do something that involved talking and watching football all the time and someone pointed out sports journalism, and it went from there,” Murray told upstart.

“I thought it was the perfect job for me.”

For Murray, having that strong passion for sport helped lead her to a career as a sports journalist.

Many people in the media and communications field may enjoy the different aspects of writing, being part of live events, recording in a studio, presenting on television, making podcasts, or even creating online content.

When it comes to Murray’s passions, writing specifically is not one of them. Her passion has everything to do with her love for sport and the associations that come along with it.

“I spend my work days talking and writing about sport, and spend a lot of time watching live sport for both work and [as a] fan,” she said.

“Sport is the number one thing you’ll find me watching at home and I’ve always played sport as well … so you could say my life revolves around it.”

Being able to get your foot in the door in such a competitivefield does require a lot of hard work, which is what has led to Murray’s current successes today.

She studied the relevant subjects during her time in secondary college that were required to help her get into university. Despite this, she missed out on being accepted into a journalism degree straight out of school.

“I missed out on getting into journalism … originally, so I did a one-year TAFE course,” she said.

“Partly to get me to Melbourne, and secondly, to work out whether I still wanted to do journalism.

“From there, I got into a journalism degree which I completed and moved into the industry.”

Murray’s rough journey shows that it is possible to become a part of the media industry, and that there are other paths people can take, without going straight through university.

However, being able to eventually complete her journalism degree got her to where she is today writing for the Star Weekly. The opportunityto write for the newspaper came about from “being in the right place at the right time”.

“I had been doing a couple of hours a week at another paper but I wanted more hours, so I started sending out resumes,” she said.

“I got called in to do some work for Fairfax Community papers at the time.”

Before getting a full-time news job at the Star Weekly, Murray completed almost 12 months of casual work between sports and news.

“I spent a number of years as a news journalist, before moving back into sport when a role became available when we merged with another company,” she said.

“I’ve been in that role since then.”

Nevertheless, sports journalism and being in the field of journalism itself has some challenges that generations now and in the future will have to face.

“Journalism is a dying industry, so that’s a challenge for every journalist at the moment,” Murray said.

“There isn’t anywhere near the number of jobs there once was.”

One of the hardest changes Murray had to face when first beginning was finding a permanent sports journalist role as a woman in the industry.

She says it took her many years to get as far as she has today, and that she still receives comments from people who tell her she does not know anything about sport because she is a female.

“[It] is quite frustrating,” she said.

But despite the struggles that she continues to face on an everyday basis, her favourite thing about writing is being able to share information with other people.

“I’m someone who likes to know what is going on… no day or story [is] the same and you get to build some really good relationships with the local areas that you cover,” she said.

Recently, Murray had the chance to cover the AFLW draft live event. Although she works ridiculous hours, she says that attending these type of events are what makes her job exciting, especially when grand final season comes around.

“When you see the reactions from teams winning premierships… the end result of your hard work makes it worth it,”she said.

As for her future aspirations, Murray hopes to continue working in the sports media industry, whether she is working for a newspaper, websites or even as part of a media team for a club or league.

But she does have advice for those who have their own aspirations to work in the media industry in the future, particularly as a sports journalist.

“Make the most of your opportunities even if it is outside of your comfort zone,” Murray said.

“I wrote for websites to continue writing about sport when I wasn’t covering it at work. Even now, I’ll write articles for local football leagues and I co-host the local football and netball shows for one league.

“It’s all about getting your name out there.”