“If you go outside [Pyongyang], it’s like going back in time," Euan Graham says. 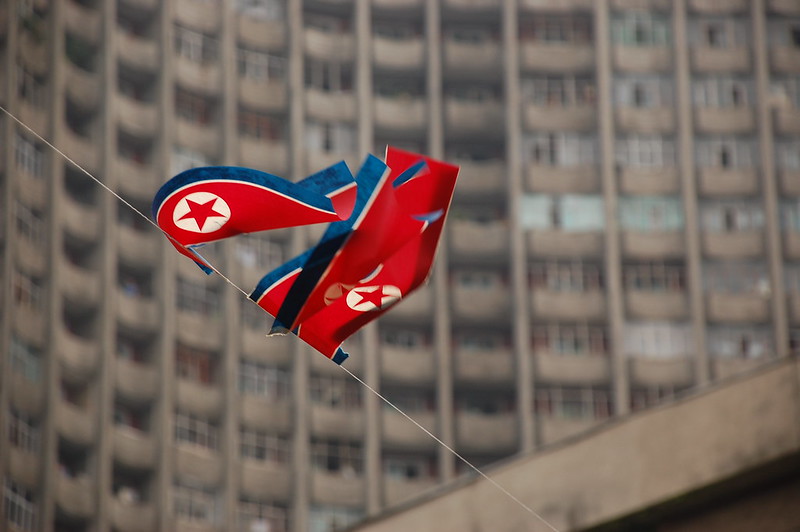 When I received an email saying that I would be interviewing North Korean defector Thae Yong-ho within the next 20 hours, I panicked. Because besides Kim Jong-un, his funny haircut and the fact that his country possesses nuclear weapons, I wasn’t exactly very knowledgeable about North Korea. My first instinct was to call my dad to ask for information, but I quickly realised that there was more to this country than what he could have learnt on the daily morning news.

North Korea is one of the most unusual countries in the world. Very little information gets out, and even less gets in. So, here is what you need to know about this small country on the Eastern coast of Asia.

Why is there a North and a South Korea, and why are they so different, anyway?

When World War II ended in 1945, Korea was divided in two, with the Soviet Union controlling the North and the United States in the South. But, very much like kids refusing to share a new toy, both sides failed to agree on a way to unify the country. So, in 1948, two separate governments were established: the Democratic People’s Republic of Korea in the North, led by Kim II-sung, and the Republic of Korea in the South, led by first elected president Syngman Rhee. 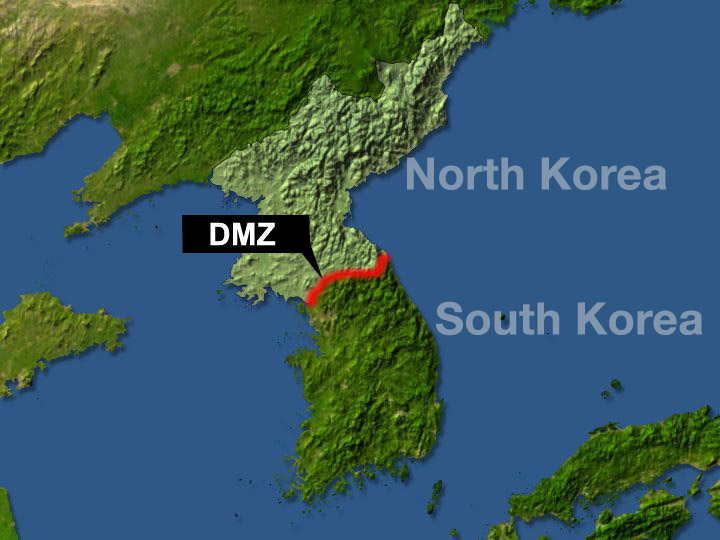 In June 1950, North Korea, then stronger and supported by China and USSR, saw a chance to unite the entire peninsula under communist rule, and, made a surge into South Korea, starting the Korean War. The conflict lasted three years and resulted in approximately three million deaths. It ended with an armistice and the creation of a demilitarised zone (DMZ) to separate the North and the South.

This division meant that hundreds of thousands of families were separated, and to this day, are still yet to be reunited. No peace treaty was ever signed, so the two Koreas are technically still at war. On the South side, however, it is possible to visit a part of the DMZ for those seeking a grimmer version of amusement parks.

North Korea is ruled by a single party, the Korea Workers’ Party, with a single leader at its head, Kim Jong-un. You’ve probably heard about him on the news, most recently seen riding a majestic white stallion, only missing the sword and shining armour. 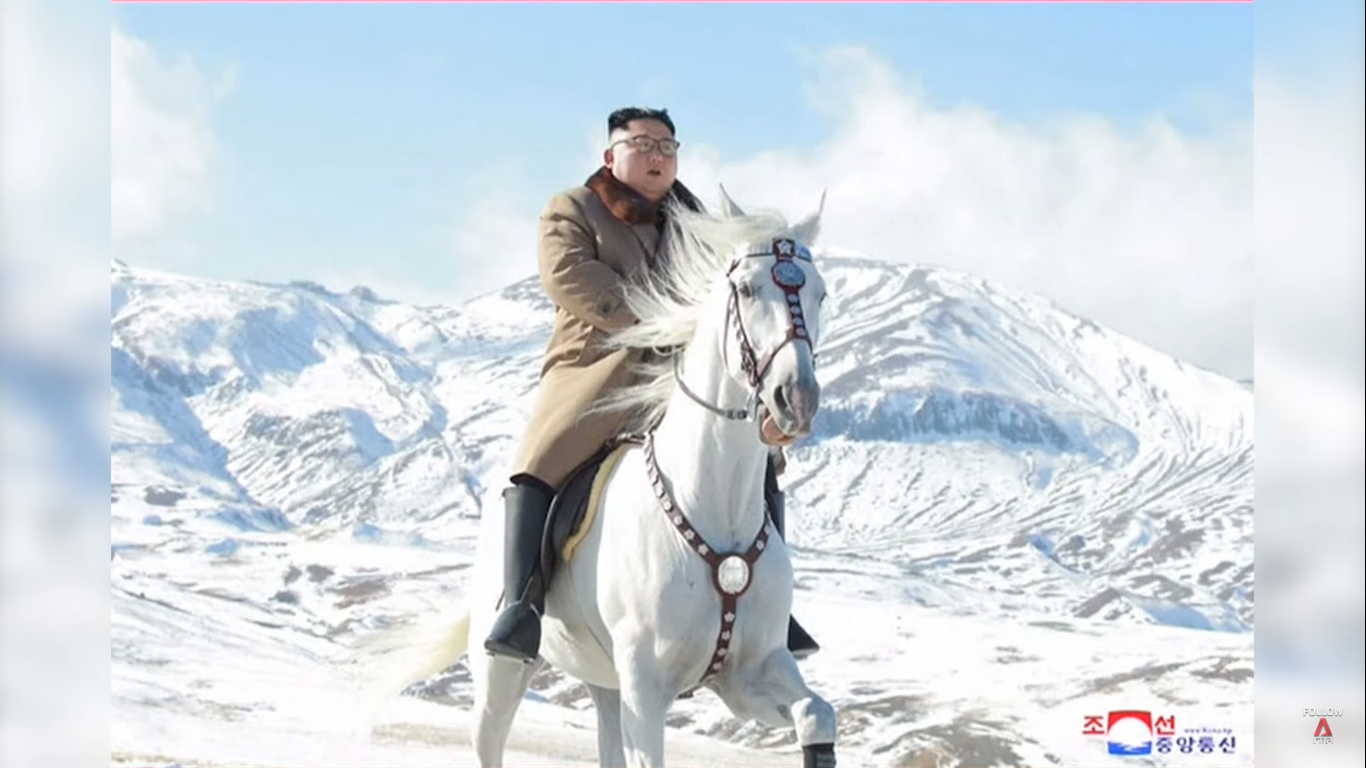 It all started with his grandfather, Kim II-sung, who was placed in power in 1948, with the support of USSR and China. He was a Communist guerrilla war hero who fought against Japanese oppression at the beginning of the century.

He created the Juche (pronounced joo-chay), an ideology emphasising the country’s political, economic, and military self-reliance. It is used to justify every decision taken by the government. According to the doctrine, people can only achieve self-reliance by being completely obedient to the leaders.

There is a cult of personality surrounding the Kim family, who are seen as godlike father figures. Because they have such tight controls over the information their people gets, it’s quite easy for the Kim family to make the masses believe anything, even that they don’t need to use the toilet or that they invented the hamburger in 2000.

What does life in North Korea really look like?

Unlike what one might think, it is possible to visit North Korea. The tightly controlled tour will take you around the capital, Pyongyang, and show you the oversized soccer ground and the leaders statues. The overly enthusiastic tour guides will introduce you to happy model citizens and explain how generous Kim Jong-un is. But observant tourists might notice the lack of people in the streets after work times, the tight smiles and words carefully chosen, or the extremely poor people working with cattle in the fields on the way to the city.

North Korea has a pyramidal society, where people are ranked by social classes. This system, called Songbun, is used to determine whether an individual is trusted with responsibilities or is given opportunities – their work and quality of education depend on it. Only the political leaders, the military and the members of the elite are allowed to live in the capital.

While these privileged people have access to imported foods like pizza and coffee, according to the World Food Program, more than 11 million of North Korean are undernourished and cannot afford staple food such as rice, and eat mostly corn instead.

Even though the proud dictatorship never publicly acknowledged it, the country has been struggling to feed its people after the fall of the USSR, and a famine in the 1990s saw as much as a million dead. To this day, North Korea still relies on humanitarian organisations to provide for its people. 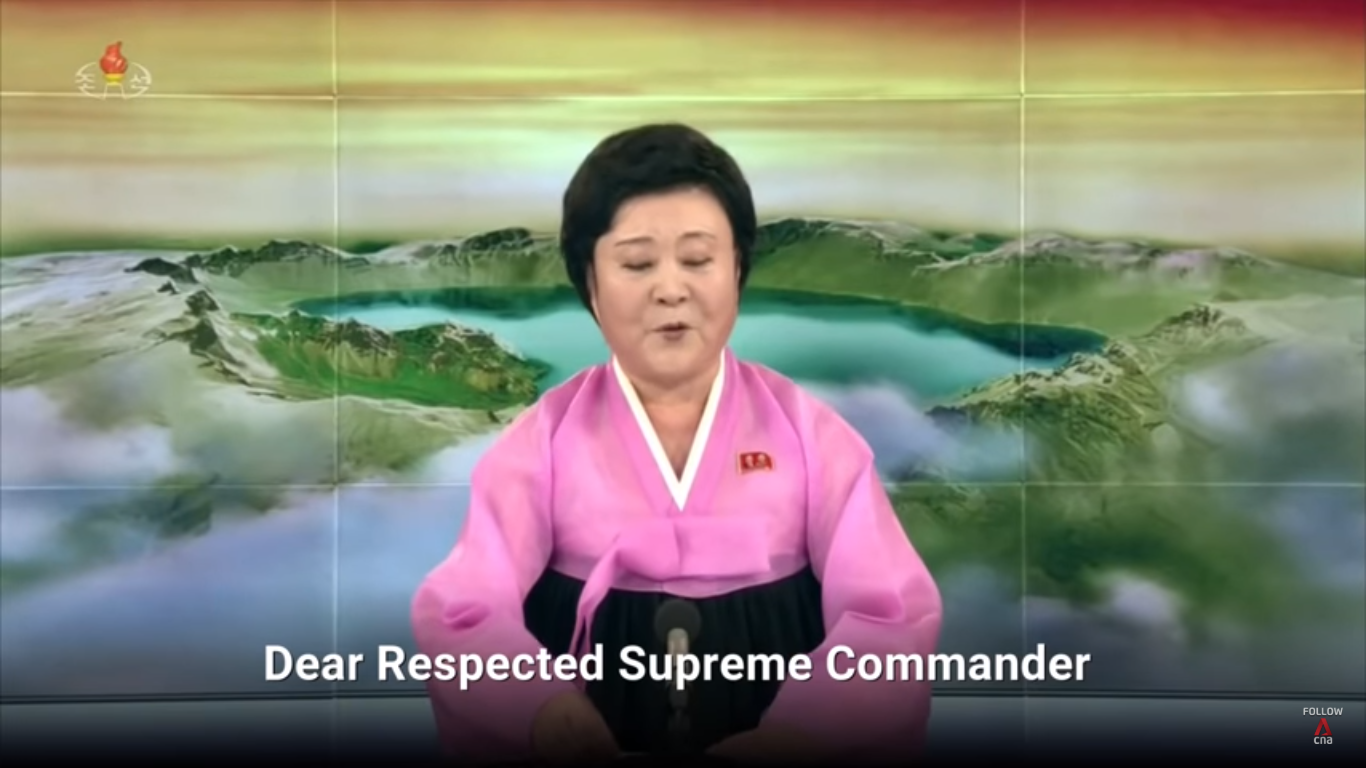 When it comes to the media, North Korea’s information is entirely controlled by the government and is heavily biased. It is used to promote the regime’s ideologies and maintain the personality cult around the Kim family.

While we complain our Internet is too slow, North Koreans have never heard of it. Most citizens have little to no idea of world events, or how their country is seen by the rest of the world. Everything they know, they learn from the passionate “Pink Lady”, the only source of television news. Any other kind of information has to be acquired illegally, usually through memory cards – or “nose cards” as they like to call it because of the way they smuggle them in – sent by South Korea.

To enter Pyongyang or move around the country, North Koreans need a permit, and a good reason to do it. Moreover, only a few privileged people are allowed to get out of the country. Amongst them, the royal family and members of trusted elite families working as diplomats or waitresses.

What makes the totalitarian regime so intimidating? 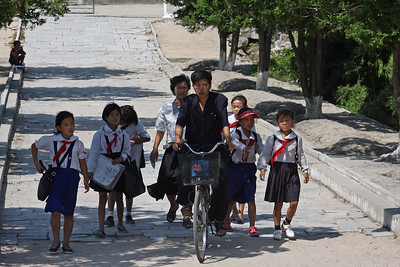 Any North Korean who does not strictly follow the government’s rules will be severely punished, most commonly by being sent to prison or labour camps, if not killed.
When a citizen defects the country, the members of his family who stayed behind will likely pay the price for them.

The 2017 assassination of Kim Jong-un’s older brother, Kim Jong-nam, in a Malaysian airport in view of everyone, after his getaway at Disneyland, shows that losing the favour of the Party can be fatal. Moreover, the regime has a long history of sending agents overseas to carry out assassinations, attacks and kidnappings for various reasons. Kim Jong-il once kidnapped a famous actress and a director from South Korea and forced them to make 17 films.

… to the rest of the world?

One of the main concerns is to do with nuclear missiles. In 2017, 17 missile tests were conducted by North Korea, two of them seriously menacing Japan. Japanese Prime Minister Shinzo Abe qualified these tests as being “a reckless act” and an “unprecedented, serious and important threat.”

In November of the same year, North Korea announced it had tested a new type of missile that could reach the United States.

The United Nations Security Council have sanctioned North Korea multiple times, trying to refrain the country from making further nuclear or missile tests. The sanctions are mainly economic, regulating North Korea’s trade with other countries, as well as the number of North Korean citizens working abroad. However, missile tests are still sneakily being conducted, and many experts agree to say that the totalitarian country is probably never going to denuclearise voluntarily. 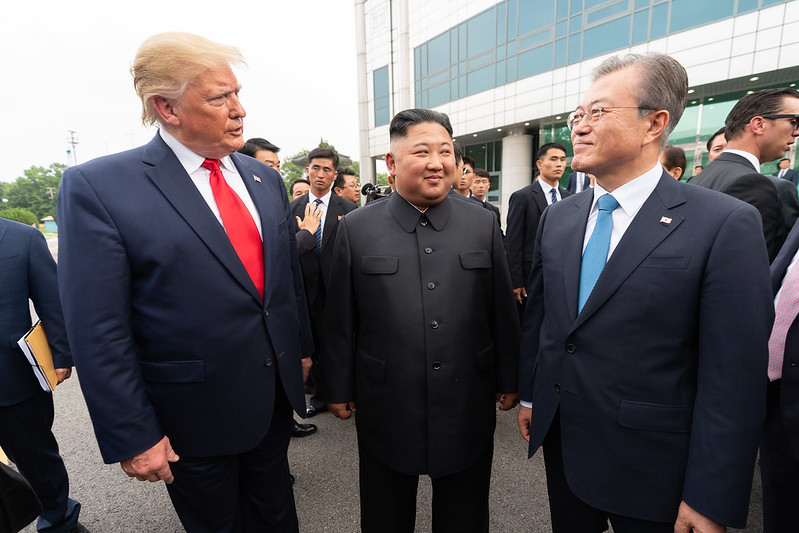 What is North Korea’s relationship with other countries?

Euan Graham, Executive Director of La Trobe Asia, explains that North Korea is a proud country that sees itself as the legitimate Korean country.

“That makes them very difficult to deal with because they are very uncompromising and their attitude to power is very ruthless on the international side,” he told upstart.

But Graham says that Kim’s education in Switzerland has made him different from his predecessors and more inclined to discuss with other world leaders. In 2018, a series of unprecedented summits between Kim Jong-un, President Moon Jae-in and Donald Trump occurred in order to try resolving the Korean conflict and denuclearise the Korean peninsula.

No real progress has been made over the past year however, with Trump and Kim peacocking and trying to assert domination over the other, and tensions between the three countries are still very much present.

President Moon has vowed to achieve the unification of Korea by 2045, but, according to Graham, it will be easier on paper than in practice.

Clodie Veyrac is a third-year Bachelor of Media and Communications (Journalism) student at La Trobe University. You can follow her on Twitter @clodie_v