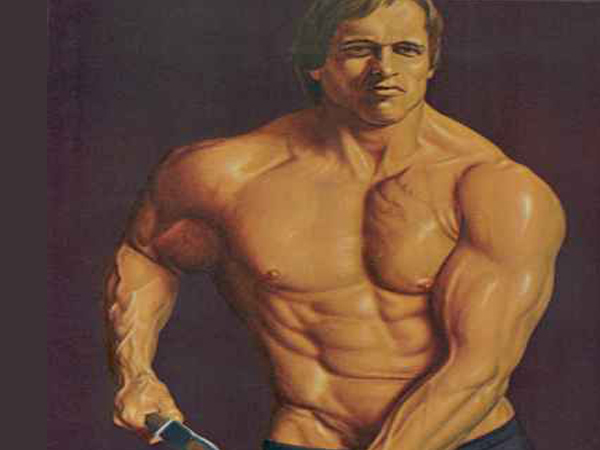 Peter Manso, a freelance writer, spent several weeks travelling with a young, testosterone fuelled, hyper-sexual Arnold Schwarzenegger, who would go on to become the highest ever gross earning action star in Hollywood, and eventually, the Governor of the State of California.

The interview encapsulates the personal failings of Schwarzenegger and casts the dye on his extraordinary tri-phasic career, that would come back to haunt him as a politician, husband, and father.

Gauging Schwarzenegger’s honesty, Manso’s questions develop a theme of sexual connotation, as the interview progresses.  Understanding the absence of Schwarzenegger’s inhibitions, Manso uses leading, open questions to explore Arnold’s thoughts on bodybuilding, his ambitions, and what it means to be a prominent figure.

The tone of the interview is casual and informal which allows Manso to build a narrative through his sexually suggestive line of questioning.  Manso’s use of humor contrasts with Schwarzenegger’s honesty and sincerity; as he openly discusses drug use, having group sex in a gym, homosexuality, and the size of his penis.  Schwarzenegger’s personality and private persona are revealed through Manso’s constructed narrative, based on his sexual appetite.

At the time of publication, the interview went largely unnoticed as Schwarzenegger was only just entering the world of Hollywood stardom.  Although not specifically stated, it would appear that Schwarzenegger may have perceived some of his answers to be ‘off the record’ due to their personal and explicit nature.

Daniel Bramley is a first-year Bachelor of Journalism student at La Trobe University, Melbourne. You can follow him on Twitter: @bramley_d

See the rest of our 50 Interviews here.