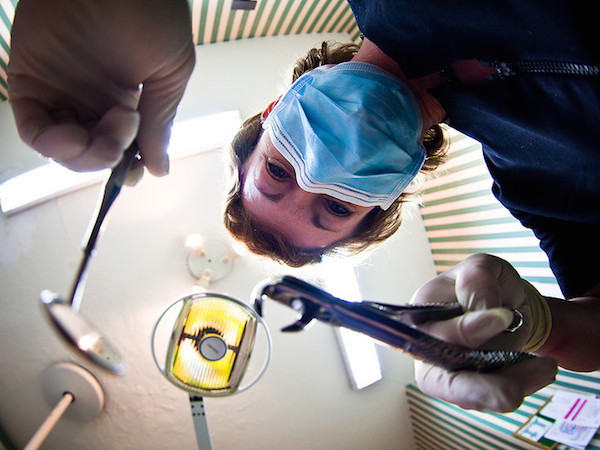 In recent times, overseas dentists are becoming the preferred option for travelling Aussies.

According to Dental Health Services Victoria (DHSV), tooth decay is one of the country’s most prevalent health care problems, and yet, due to hefty treatment costs, it is estimated that around 2 million Australians are unable to afford much needed dental work every year.

Even basic private health insurance can be expensive for low income earners and 15% of those who can afford a policy are unable to afford the out of pocket expenses of Australian dentists.

Overseas options can offer savings of up to 75% on standard gap fees and, for those in need of extensive treatments, the price difference is drastic. Countries such as Thailand, Malaysia and Phillipines are some of the popular destinations chosen by Australians in need of cheap dental treatment.

The Australian Dental Association (ADA) acknowledged that dental tourism is becoming a popular option and warn against potential dangers of overseas treatment that is not regulated by a governing board.

The advice on overseas dental work offered by DHSV is to be informed on regulations and conduct research when considering treatment options.

Twenty-three year old student Nicholas Franz had no choice other than to seek cheaper dental treatment overseas after his family dentist quoted him over $3,000 in out of pocket expenses.

“I had two amalgam fillings removed and replaced, three new fillings, one tooth capped and another removed. I also had my teeth and gums cleaned and laser whitening. The whole process took around six hours and cost around $AU 500,” Nicholas tells upstart.

Mr Franz went to a dental clinic in Bangkok that had been given a good recommendation by staff at the hotel he was staying at.

“There is a road there that has over 100 dental clinics on it and although the building looked big and old outside, the inside was fairly new, very clean, white and shiny. I had looked it up online and found it had good reviews,” he says.

It makes you wonder why Australian dental companies can’t lower their prices to be more reasonable for the average Aussie.”

The crux of the overseas dental issue is one of affordability and accessibility. It is estimated that around 300,000 Australians eligible for public dental care are on waiting lists, with expected waiting periods anywhere between six months to two years.

The average waiting period in Victoria for public dental care is 17.9 months which, when faced with a painful dental condition, can be too long for some people.

Three out of four Australians say they would support a national dental health care scheme modeled on the Medicare system, even if it meant paying higher taxes.

The financial benefits of overseas dental treatments are significant and even low income earners are considering overseas alternatives to save money and avoid the public system’s lengthy wait times.

Provided any overseas treatment plans are made carefully, and with a practitioner who has been certified in the local state, the level of risk involved is relatively low.

Jet-setting to Thailand or India may not be as convenient as visiting the local dentist but, if you’re living on a budget, it’s an option that could save you thousands of dollars.

Stacey Elms-King is a third-year Media student at La Trobe University and former editor for upstart. Follow her on Twitter: @SElmsKing