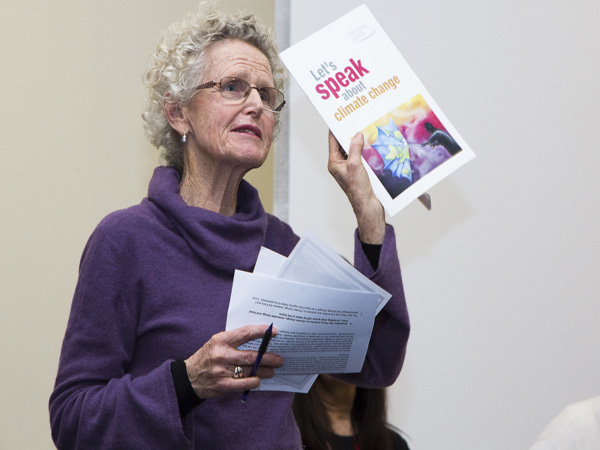 Candidates from the seat of Batman, in Melbourne’s north, took part in a climate change forum on Monday at the Northcote Town Hall.

The leading candidates in the seat, ALP’s David Feeney and the Greens’ Alex Bhathal both participated in the Q & A style forum, as did independent Phillip Sutton and Rosemary Lavin from the Animal Justice Party.

The seat of Batman is considered one the safer ALP seats, which it currently holds by a margin of 7.8 per cent.

But, the retirement of current MP and Labor stalwart Martin Ferguson has introduced a few unknowns into the race, and the Greens hope to capitalise on its climate credentials in an electorate that is particularly concerned about global warming.

The forum was organised by the Darebin Climate Action Now, an independent local organisation focused on climate issues, and offered the candidates a chance to express their views and policies on climate change, as well as to answer questions from the audience. 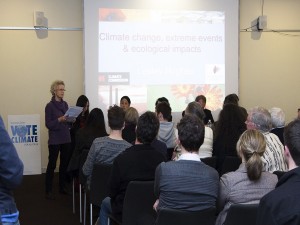 Carol Ride from the Darebin Climate Action Now organisation introduces the candidates and opens the forum. 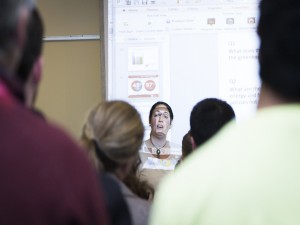 The Greens candidate for Batman, Alex Bhathal, makes her opening remarks, in which she outlined her party’s policies, including a target of powering Australia with 90% renewable energies by 2030. 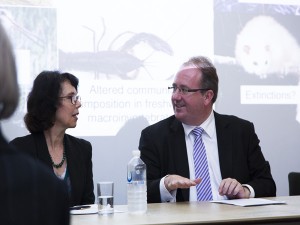 ALP candidate Senator David Feeney talks with Rosemary Lavin from the Animal Justice Party. Senator Feeney affirmed his support of the move to an ETS, while Ms Lavin talked about the climate impact of methane gas. 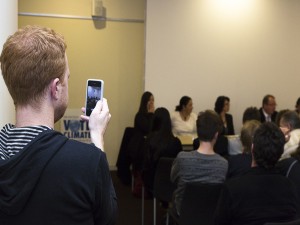 Kerrin Jefferis, the Strategy/Communication Co-coordinator for Alex Bhathal, films the event on his phone. 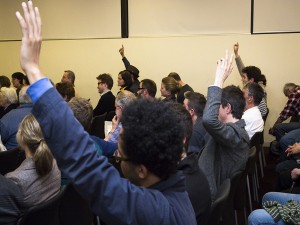 The relatively ‘pro-Greens’ audience asked many questions of ALP candidate David Feeney. At one stage Alex Bhathal had to interject to commend Senator Feeney for attending the event. “It is very brave of him to attend,” said Ms. Bhathal. 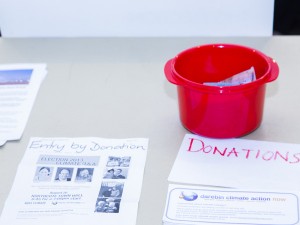 The donations box at the entrance to the forum. 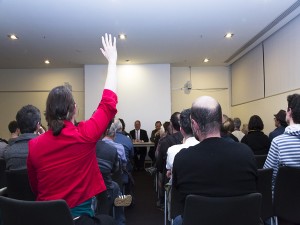 Lianna Sliwczynski, the Batman candidate for the Australian Sex Party, asks a question during the forum.
Ms Sliwczynski was unable to participate in the forum due to a prior commitment but attended the Q & A later in the evening.

Carol Ride holds up one of the organisation’s publication as she concludes the forum. 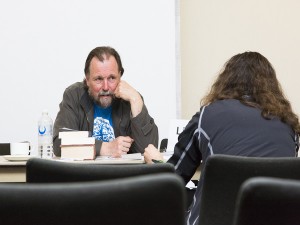 Philip Sutton talks to one of the guests after the conclusion of the forum.
Mr Sutton is the co-author “Climate Code Red”, a book published in 2008 that puts forward a case for emergency action on climate change. 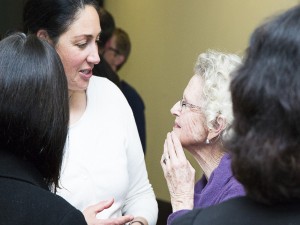 Greens’ Alex Bhathal talks to Carol Ride, the coordinator of the candidate forum.
Ms Bhathal says that this is one of the first candidate forums actually held in Batman in many years – she is running in her fourth campaign for Batman. 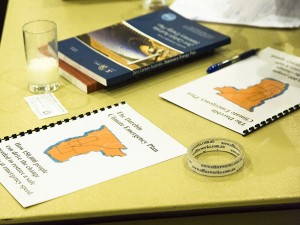 Emil Jeyaratnam is a journalist, photographer and a recent  La Trobe University graduate. You can view his work here or follow him on Twitter: @EmilJeyaratnam