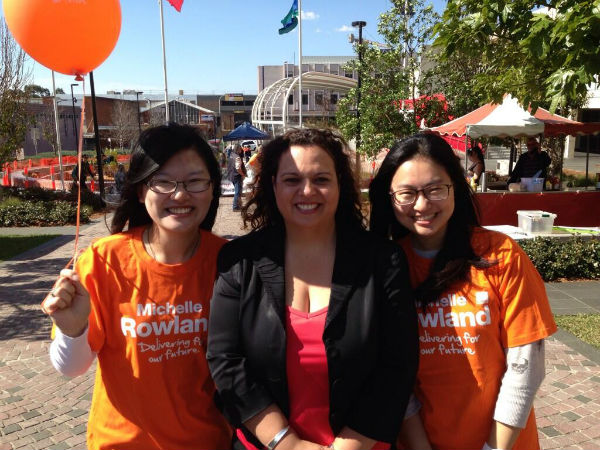 In the final few weeks prior to the election, several key seats are still up for grabs across the country. Adria De Fazio will profile some of the most crucial electorates state-by-state, turning her attention to New South Wales and the ACT.

There are two seats in the ACT – Fraser and Canberra.

Canberra is held by Labor’s Gai Brodtmann, who when elected in 2010, did so with 59.2 per cent of the two-party-preferred vote. Fraser tells the same story, with Andrew Leigh – a Labor Party member – being elected to the seat with 64.2 per cent of the vote.

The electorate, found near Sydney, has spent most of its 29 years in Labor hands – the Liberal Party had control from 2004-2010. The current MP, ALP’s Michelle Rowland was elected in 2010 with a two-party preferred margin of 0.9 per cent.

Labor’s grasp over Greenway is precarious. The latest Galaxy Research poll shows the Liberal Party will form government. The only saving grace for Michelle Rowland and Greenway is Jaymes Diaz: the LNP candidate that is certain of one element of the party’s six-point plan. That said; will Diaz be a help or a hindrance for Labor?

Macquarie stands as the Liberal Party’s most-marginal NSW seat. Louise Markus, who is recontesting this election, gained a seat in the House of Representatives in 2010. When looking at the electorate’s recent voting history, Labor has held the seat for short stints, whereas the Liberal’s have been re-elected. In 2010, the Liberla Party regained the seat from Labor with a swing of 1.54 per cent, according to the Tally Room.

With NSW being hotly contested, all parties and candidates must be on their best behaviour. As Macquarie holds the title of Liberal NSW’s most marginal seat, Labor and the Greens will be working hard to topple Markus. If she wants to hold onto her electorate, there is a need for a strong political debate in Macquarie (and Australia!)

The seat of Robertson has seen great peaks and troughs. At the 2004 election, then Liberal MP Jim Lloyd regained his seat with 56.8 per cent of the vote. Three years later, the gap closed, with Labor candidate Belinda Neal taking the reigns and 50.1 percent of the vote. In 2010, incumbent MP, Labor’s Deborah O’Neill took over.

The electorate of Robertson has seen some substantial shifts between parties. This graph, by The Tally Room, shows that there is no certainty when it comes to this NSW electorate. In an age when everything is documented online, these candidates must appeal directly to their electors.