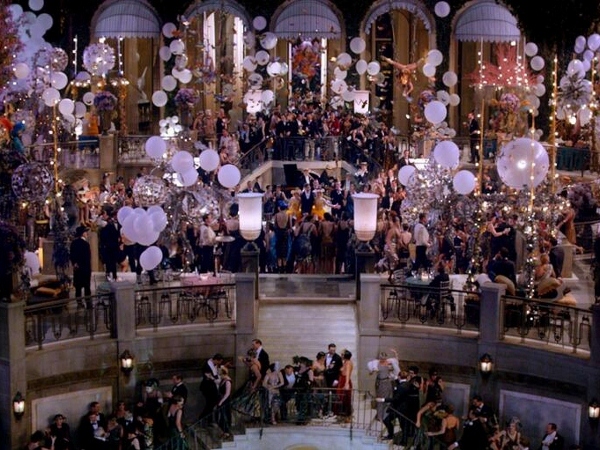 The highly anticipated fifth visual rendition of F.Scott Fitzgerald’s The Great Gatsby is due to be released in Australia at the end of May.

Already responsible for box office hits like; Romeo and Juliet, Moulin Rouge and Australia, director Baz Lurhmann has drawn another dazzling cast including the likes of Leonardo DiCaprio, Carey Mulligan and Tobey Maguire.

If you are unacquainted with this piece of literary art, The Great Gatsby, is set in the ‘roaring twenties’ and delves into the champagne fuelled lives of New York’s elite. Everything about this text is grand, magnificent and extraordinary, and the accompanying soundtrack is supported by names equally as significant.

While some have labelled the hip-hop tuned soundtrack a success it has received heavy criticism for being too over the top. Nevertheless, Lurhmann reminds us that he has taken a contemporary spin on the 1920s classic. Just as Fitzgerald chose jazz as it was the trend of that era, Lurhmann chose hip-hop.

Lurhmann said that, “Fitzgerald was a modernist writer and film is a modernist medium and that’s the way it had to be”.

Produced by one of America’s most successful hip-hop artists, Jay-Z, the soundtrack is packed with electronic beats, powerful rock ballads and jazz-aged sounds. These are conveyed through the signing of modern artists who help encompass the era that was the ‘roaring twenties’.

Basically the album features a mixed bag, from the haunting melody of British trio The xx to the authentic jazz sound produced by The Bryan Ferry Orchestra.

Creator Jay Z opens the soundtrack in style. His hip-hop tune ‘100$ Bill’ sets a thematic tune paying close attention to  the film’s subject material with references to the “yellow car” and “hypocrites”.

The standout tracks include Lana del Rey’s soulful tune, ‘Young and Beautiful’ which is perhaps the most timeless song on the album. This flawless melody has entirely encapsulated the nature of the film. Packed with powerful lyrics and a seamless orchestral backing this is for sure the most fitting song on the soundtrack.

Other standouts are Jack White’s cover of a twenty year old U2 classic ‘Love is Blindness’. The distinctive driving guitar solo matched with White’s unique wail makes it the most powerful track on the album.

Florence + The Machines‘, track ‘Over the Love’ has also created a strong atmosphere for the film by referring to the symbolic ‘Green light’ – which is a direct reference to Gatsby’s longing for Daisy. Likewise Australian songstress Sia’s haunting song ‘Kill and Run’ closes the soundtrack.

While Luhrmann’s adaptation is a diverse assortment, there’s no doubt it manages to maintain a cohesive sound and a universal theme that assists in telling the story.  Though he has been subject to immense criticism it doesn’t seem to faze the world renowned director.

“I’m used to being battered by critics and blah, but when you come out of the gate at $50 million you just know there’s an audience,” Luhrmann said.

Overall, while the artists come from a variety of genres and backgrounds, they work together in a way that fits. Enter the cinema with an open mind as you never know what to imagine when Lurhmann is involved. Just don’t expect a low key out-dated version of the text.

Erin Lyons is a Bachelor of Journalism (Sport) student at La Trobe University. You can read her blog, and follow her on Twitter: @erinmaylyons