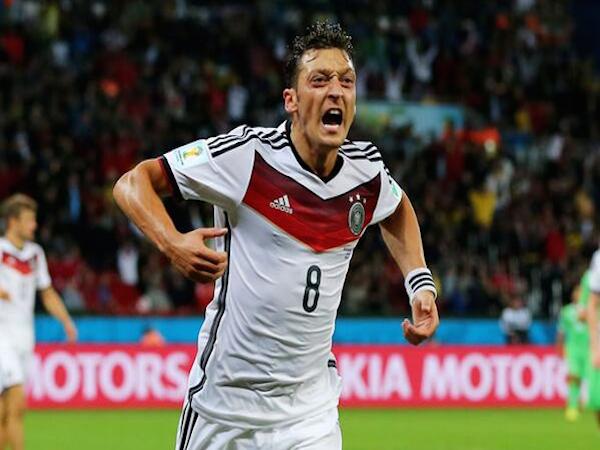 Tension is building among all on the streets of Brazil as time ticks down until A Selecao’s quarter final against Colombia.

Every Brazilian knows they could well be beaten; the Colombians have been the tournament’s best team by a stretch in the opening three weeks, while their heroes are yet to hit their stride for a 90-minute period.

Good teams are said to be marked by their ability to win even without playing to their capabilities. But, after six years of Spain dominating world football with its ever-so-attractive tiki-taka style, is winning with an opposition mistake enough to satisfy neutrals that they’ve witnessed deserving World Cup champions?

Joining the tournament hosts in not playing to their best thus far in Brazil is Argentina, Germany, the Netherlands, Belgium and France.

Any nation from this half-dozen can safely claim to possess the adequate quality to become a World Cup winner and almost each have shown for some, or for at least parts of their opening four matches, what a World Cup-winning level of football looks like.

Though for the most part, they have self-admittedly been sub-par and if any World Cup deserves a rightful winner, it’s this one.

Brazil was on the right side of a very questionable refereeing decision in the opening match of the tournament again Croatia, before being held scoreless by Mexico.

Their ‘keeper, Guillermo Ochoa, took the plaudits from that fixture, but a Brazilian side of tournaments past would’ve seen Ronaldinho or Ronaldo claim a brace from the same game.

Fred just doesn’t cut it. His finishing was lamentable in the most recent game against Chile, too. Perhaps a quality No.9 is what stands in its way of claiming a fairytale win in the Maracana on July 14.

Argentina is yet to pull into top gear either.

Manager Alejandro Sabella began with a cautious approach in their first game, explaining that the reason for putting his team on the park in such a fashion was because his back four (or five) had not previously played a World Cup game.

Perhaps this is justifiable, but his side were drawn into arguably the easiest group and, top heavy or not, with the quality in abundance that they have up front, they should be producing some stunning football in the final third.

This hasn’t been the case and if it weren’t for one of the best players on the planet, Lionel Messi, pulling them along, Argentina wouldn’t have advanced through the group stages.

The comparison to the Argentinian 1986 World Cup-winning squad, when Diego Maradona was at the fulcrum of every piece of sky blue and white quality, is now being sparked on a daily basis.

Each other squad member must now be desperate to put their own name up in lights to avoid becoming apart of ‘Messi and his 22 others’.

The third of the top-three favourites when the tournament kicked off in Sao Paulo has perhaps been the most impressive.

Germany spanked Portugal in their opening match, before being held by a desperate Ghana side and dominating a plucky USA team. The 1-0 scoreline flattered Jurgen Klinsmann’s men in Recife.

It was a fairly impressive group stage from Die Mannschaft, although a round of 16 tie with Algeria almost undid its good work.

Vahid Halilhodzic’s men lacked belief during key moments in their extra time defeat, but still exposed Germany’s vulnerability on both flanks with Sofiane Feghouli compounding Joachim Low’s need for two full-time wing backs, rather than just one who ends up playing in midfield.

His decision on where to play Philipp Lahm in the quarter final with France will be pivotal, particularly after Didier Deschamps’s team dispatched a typically-organised Switzerland with such devastation on the break in their group fixture.

Colombia and Costa Rica have been the most impressive nations at Brazil so far. And, while Jose Pekerman’s charges are strong favourites ahead of Jorge Luis Pinto’s men, neither side is seen to have the quality to be World Cup winner.

Pekerman, though, has his mixture of vast experience and gun starlets turning heads around the globe to the point where a win for the Colombians on Saturday morning wouldn’t be a huge surprise if form is a good indicator.

Perhaps they should be stronger favourites than what they are currently considered to be.

Costa Rica are expected to suffer defeat to the Netherlands in Salvador, but nobody gave them a chance against Uruguay or Italy either and a win over Greece with 10 men will have given their playing group much more confidence.

The Central Americans’ prospects of advancing should not be discounted.

What the lack of a stand-out favourite does mean, though, is the stage is well and truly set for a nation to come forward and claim this World Cup as rightfully theirs.

It certainly wouldn’t be right if the winner which dethrones the brilliant Spanish tiki-taka is a winner which stumbles its way over the line match after match – even the most patriotic supporter would struggle to claim it.

Neutrals and passionate supporters worldwide are eagerly watching, wanting and waiting, for more.

A football festival in the land of the beautiful game deserves it.

Luke Sale is a third-year of a Bachelor of Journalism (Sport) student at Melbourne’s La Trobe University and a staff writer for upstart. You can follow him on Twitter @lukesale1.