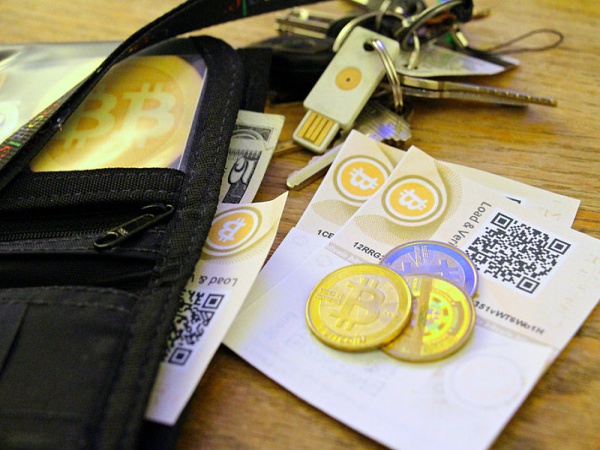 Imagine finding out your favourite band is in town, but the event is sold out. There is, however, a few remaining tickets at the door. You make the trip to the venue, and upon arrival you realise you’ve got no cash. You still purchase a ticket – except, you don’t actually use physical money – you use Bitcoin.

When it comes to Bitcoin, there’s no reason to reach for your wallet. The concept is a form of digital currency – also known as crypto currency – that can be easily transferred between persons. They can also be traded for ‘real money’, with the current value of one bitcoin sitting at more than $300AUD.

Bitcoin has soared upward in potential since its establishment in 2009. Various forms of crypto currency have been established, such as Dogecoin (bitcoin based on an internet meme), which thrives in online communities and central forums like reddit. Bitcoin ATMs have been launched in Melbourne and Sydney, and can now be used to pay bar tabs.

But what about using Bitcoin to fund gigs and concerts?

Web developer and graphic designer James Sandri believes there is a lot potential in the industry. Having worked on various design projects for CoinJar.com (an Australian based Bitcoin exchange), Sandri has also put a significant amount of time into building a Bitcoin accepting music marketplace for independent artists and labels.

“I got in to Bitcoin around the start of 2013 back when it was still a pretty deep scene,” Sandri tells upstart.

“I’d heard various things on the topic and upon meeting some of the bitcoin crowd, was ranted to about how it was going to change the world.

“I think [it] could really benefit the music industry by increasing the amount of control artists and bands have over their earnings. Given the fact that it’s a digital currency, any Bitcoin received for ticket sales can be immediately attributed between venue and artist. Better yet, there’s no fee involved with sending it – so fans pay less and artists get paid more.”

Just last month, a collaboration between Touch Records, CoinJar and Melbourne band The Broken Needles saw the creation of a bitcoin vinyl launch.

Held at Melbourne’s Grumpy Green – one of the few venues around the city that accepts crypto currency as payment – the event saw The Broken Needles sell their latest LP through bitcoin. According to CoinJar, the venue offered “10% off all pints paid for with Bitcoin, as well as half price hot-wings”.

Larger bands such as the Gold Coast’s Dune Rats are also looking to jump on board, making a statement on their Facebook page earlier this year.

With high potential for making a significant investment, bitcoin could well in fact be the future of how we handle money online. Fast and almost impossible to counterfeit, you could say it’s still a ‘niche’ market based on the amount of people making investments. However, the currency may see an explosion in popularity if applied to more industries that pull a strong revenue – especially that involving music.

“There’s some big companies like PayPal and Apple that already making headway with digital payments in the physical world,” says Sandri.

“I think people will become more accustomed to the idea of using their phone to pay rather than their wallet. What gets me really excited about Bitcoin though, isn’t the immediate functional benefits, it’s the potential to completely change our world for the better. Our society is run by money, it’s no great secret.

“If we could somehow shift the control of currency from multinational banks to the individuals who actually own it – you can imagine what would happen. Once we make this shift, paying with Bitcoin is only an app away from being part of everyone’s daily routine.”

Meaghan Weiley is a second-year journalism student at La Trobe University. You can follow her on Twitter: @meaghanweiley