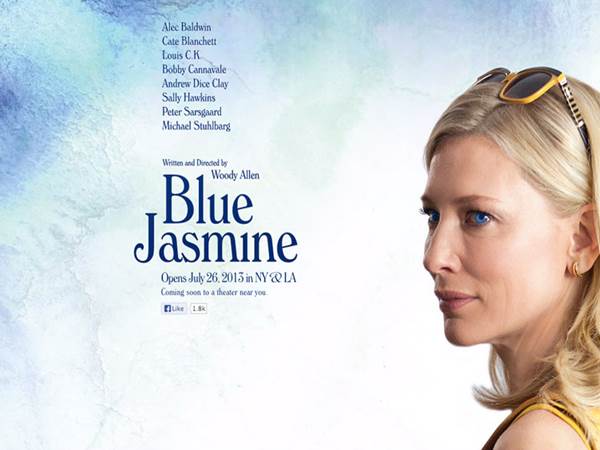 From the position of a penniless 20-something student living in a city where tickets sell for roughly $16 a pop, deciding which movie to see can be a gamble.

If you choose something lousy, it’s the price of four meals or half a slab of (cheap) beer wasted. So I guess the question is, is the newly released Blue Jasmine worthy of your time and, more importantly, your $16?

Written and directed by Woody Allen, Blue Jasmine tells the story of Jasmine Francis (Cate Blanchett), an ex-New York socialite who loses everything and is forced to move into her sister Ginger’s (Sally Hawkins) apartment in San Francisco.

Accustomed to a life of bubble baths, martinis and charity galas, she finds it hard to adjust to her current, more humble surroundings. Despite this, Jasmine is determined to make something of herself and return to her former social status glory.

However, through a series of flashbacks of her former life with her husband Harold (Alec Baldwin), we discover that the events of her past may have proven too much for her to move positively into the future.

The Academy Award winner’s performance as the unnerved, unrealistic and completely conceited Jasmine is painfully addictive. As you watch this pill-popping, egotistical ex-socialite attempt to rebuild her life, her mental state gradually unravels.

In reality, most of the scenes in this movie are not particularly eventful, however, the conviction behind Blanchett’s portrayal of Jasmine keeps the audience fixated on the screen. Her performance holds the intensity of a ticking time bomb.

As an avid fan of 30 Rock, I was particularly excited about the inclusion of Alec Baldwin. However, his characterisation of Hal was underwhelming.

Where Blanchett’s Jasmine was given the opportunity to develop past the caricature of a rich, seemingly oblivious, New York socialite, Baldwin’s Hal never moved beyond the two-dimensional, adulterous businessman we’ve all seen before.

From the opening scenes, the parallels between Blue Jasmine and Tennessee Williams’ A Streetcar Named Desire are recognisable. Like Blanche, Jasmine is a delicate flower, unhinged, unable to let go of the past and as a result of this becomes mentally broken. In certain scenes and character traits, Allen unapologetically references Williams’ classic play.

Yet, what makes this work so well is that Allen feels obliged to make the storyline the same; giving familiar characters new life in a modern context. Allen paid homage to Williams, rather than simply copying him.

Something particularly interesting was the portrayal of Ginger and Augie – the modern day equivalent of Stella and Stan.

In A Streetcar Named Desire, Williams wrote the relationship to be fueled by adrenalin and sexual chemistry. While this is still recognisable within Blue Jasmine, there is less of an imbalance in power, which fits appropriately into the film’s present day setting.

Perhaps the most intriguing aspect of Woody Allen’s writing is how perfectly succinct this nonlinear sequencing is, giving viewers an unconventional view of Jasmine’s demise. Allen only ever rewards us with small amounts of information in each scene and builds suspense, leaving the audience continually wanting more.

Cleverly engaging, heart wrenching and at times, strangely humorous, I would call this a win for Woody Allen.

When a filmmaker releases new movies as often as Woody Allen – he has done so annually for the past 36 years – there’s a certain skepticism that it will be another churned-out Hollywood moneymaker, void of any quality or meaningful content. With a 90 per cent approval rating on the Rotten Tomatoes, from 144 reviews, it’s safe to say this is not one of those cases.

Additionally, according to IMDB, since its overseas release in late July, the film has grossed $25,586,850 at the box office.

So is the film worthy of a 20-something’s $16? Let me put it this way, you’ve just read the devoted words of Cate Blanchett’s newest fangirl… boy. You know what I mean.

Timothy Arendshorst is a third-year Bachelor of Journalism student at the La Trobe University and a former upstart staff writer. You can follow him on twitter @TimArendshorst