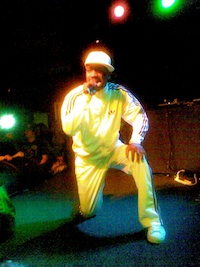 Many people will recognise his popular song, ‘The Breaks’, which was the first certified gold rap record, but since then, Blow’s music has been sampled by numerous artists and continues to feature in any old-school hip hop playlist.

For me, the promise of witnessing one of hip hop’s living legends was enough to entice me out on yet another crisp Melbourne night. And it seemed I wasn’t the only one. The Espy’s main room filled up quickly last Saturday night, as the crowd enjoyed the opening acts while waiting for the main show to begin.

The crowd itself was an interesting variety of characters. While many weren’t so easily distinguishable by their appearance, there was a mix of breakers and hip hop fans. Some would not have existed when Blow’s album debuted, and some would have been there to buy a copy in 1980. It is surely a testament to Blow’s influence on hip hop music and culture to have such a diverse fan base.

Local hip hop duo Low Budget performed well as one of the opening acts, with their funky brand of hip hop. Their set included ‘Cool Out’ and other tracks from their last album, Laserdisc. Next, premier Melbourne-based producer and DJ, DJ Peril, got the crowd warmed up by playing a quality selection of hip hop from the ‘80s and ‘90s.

But as the time neared 1 am,  and with no sign of the headline act, the punters were definitely starting to get restless.

A couple of quick announcements later, Blow had still not taken the stage and I began to wonder if he’d bailed at the last minute. But… he did, indeed, show up.

Decked out in an all white ensemble of Adidas tracksuit, sneakers and cap, he looked set to break out some of those old b-boy moves and, much to his fans’ delight, that’s exactly what he did. 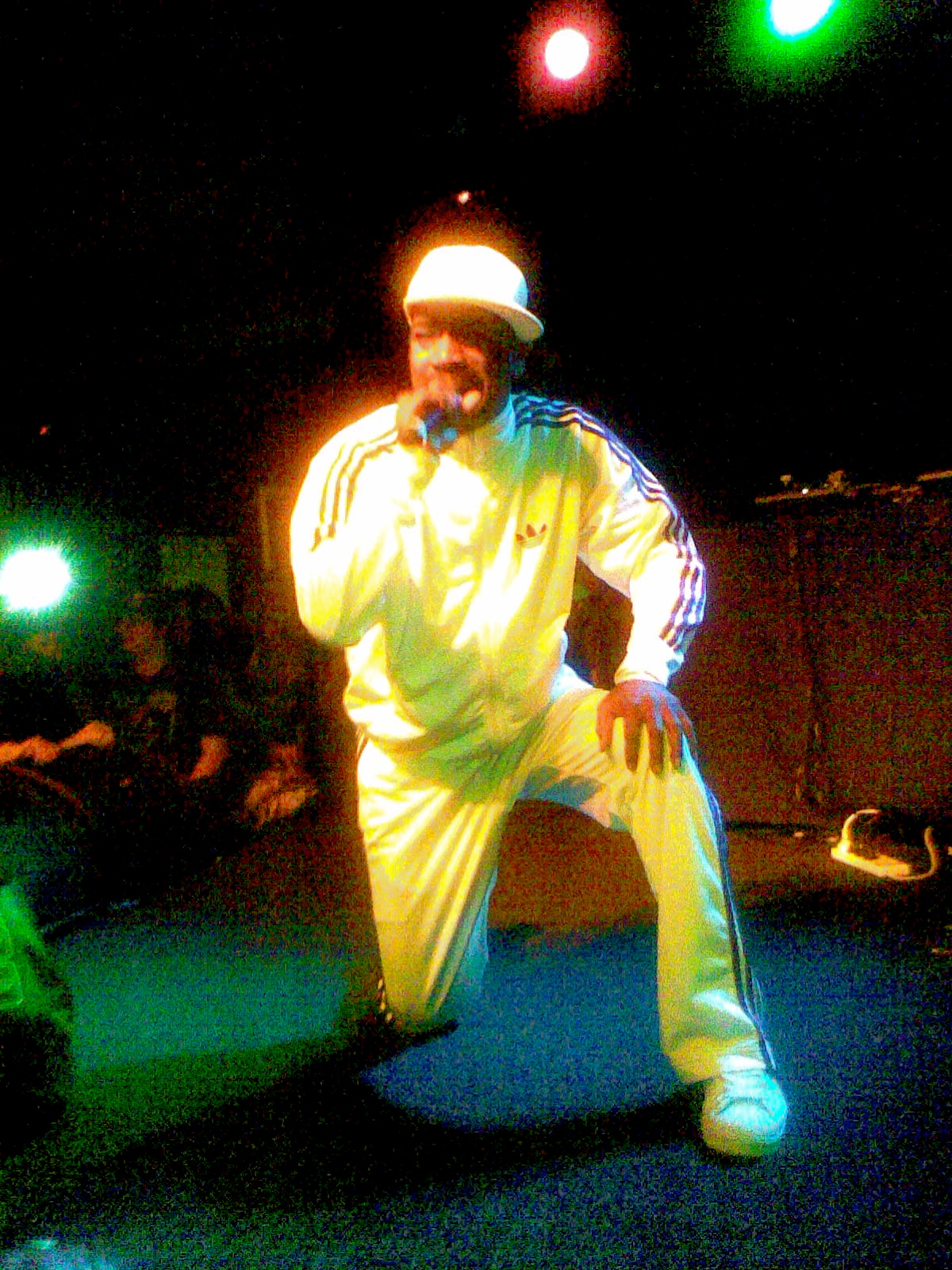 The 52-year-old put on an energetic show, with renditions of his classics, ‘If I Ruled The World’, ‘Party Time’ and ‘AJ’. ‘The Breaks’, inevitably, got the loudest reception.

He rounded off the show by taking us on a stroll through hip hop history, covering a medley of some of the genre’s most influential songs, including The Sugarhill Gang’s ‘Rapper’s Delight’, Grandmaster Flash and The Furious Five’s ‘The Message’ and Dr Dre’s ‘The Next Episode’.

Blow was clearly as appreciative of the audience as we were of him. He entrusted the microphone to some dedicated fans for a couple of verses, popped and locked his way through the set and we repaid him by screaming on cue.

But the highlight, for me, was the impromptu b-boy session Blow called, inviting a number of random fans from the crowd to jam with him on the tiny stage. Peril continued to spin funk instrumentals as the man himself bust out his best six-step. Even when the venue’s security started to usher the fans off the stage, Blow defied them to ensure all the dancers got their time in the spotlight.

‘Let ‘em stay’, he said, ‘We’re just having fun. We ain’t trying to kill anybody. It’s not about disrespecting our ladies. Real official old-school hip hop is all love.’

I couldn’t have agreed more.

Khairun Hamid is studying a Master of Global Communications at La Trobe University and is part of the 2011 upstart editorial team. She recently traded in Perth’s sunny beaches for Melbourne’s bright lights.