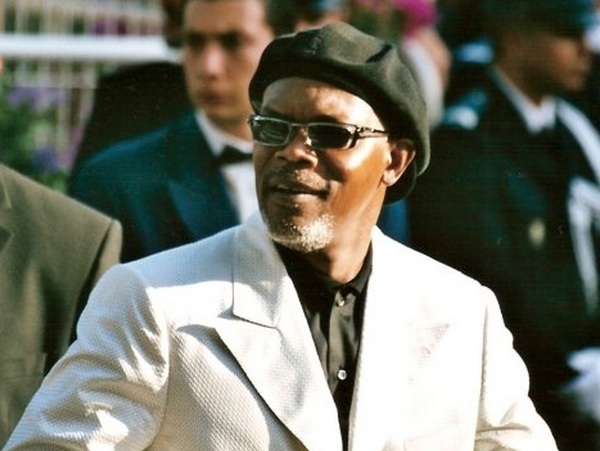 Every budding journalist is taught that preparation is an essential part of interviewing.

If only someone had instilled this knowledge in Sam Rubin.

He began the interview by asking: “Did you get a lot of reaction to that super bowl commercial?” — a commercial that featured Fishburne, not Jackson.

An awkward silence follows as Jackson processes the reporter’s mistake.

He responds simply with: “What super bowl commercial?”.

After an even longer lapse in conversation, the dumbstruck reporter attempts to apologise for his mistake.

However, at the 15-second mark, Jackson takes control of the interview.

He begins to berate the reporter, clearly trying to hide his frustration with a broad half smile, while he explains the difference between himself and other African American actors.

Behind his artificial smirk is a hint of real irritation and exasperation.

However, the situation is rectified by Jackson’s showmanship.

Rubin ceases to ask questions for a full minute, while he profusely apologises to Jackson, who is clearly deriving some enjoyment out of the situation.

This tone set in the first five seconds persists until the end of the interview.

Rubin makes numerous attempts to rectify the situation and move on with the interview, but Jackson refuses to let go of the reporter’s mistake, making comments about his professionalism and fragile job position.

Rubin’s confidence is visibly in tatters as he fumbles around this disastrous situation, red-faced and lost for words.

He even goes as far as jokingly slapping his face as a reprimand, yet this does nothing to ease the tension and awkwardness.

After a couple of minutes, the interview finally gets back on track.

Knowing there was no other way to salvage the interview, Jackson finally allows Rubin to proceed his questioning about the star’s upcoming film, Robocop.

Rubin’s mistake almost seems behind him, however, it’s quickly brought up again jokingly during one of Jackson’s responses. He attempts to teach Rubin about an essential tool for any journalist — research.

Jackson answers the remainder of the questions concisely, attempting to recover any face he may have lost following his relentless scathing of the journalist.

For two reasons, the interview is a good example of what not to do.

His biggest mistake was obviously the initial mix up. Whether it was the result of a brain freeze, or a genuine lack of knowledge, it’s something that could have definitely been avoided, particularly given the racial connections.

His second mistake was being so meek in his take back of the interview.

With an actor as charismatic and dominant as Jackson, Rubin was probably forced into his submissive state, however, he only exacerbated the situation by making fun of himself.

Nevertheless, it’s a good lesson on how to rectify an awkward situation on live television, particularly with an actor who is known for not taking any nonsense.

Dylan Walton is a first-year Media and Communications (Media Industries) student at La Trobe University. You can follow him on Twitter here: @Dyl_Wal.