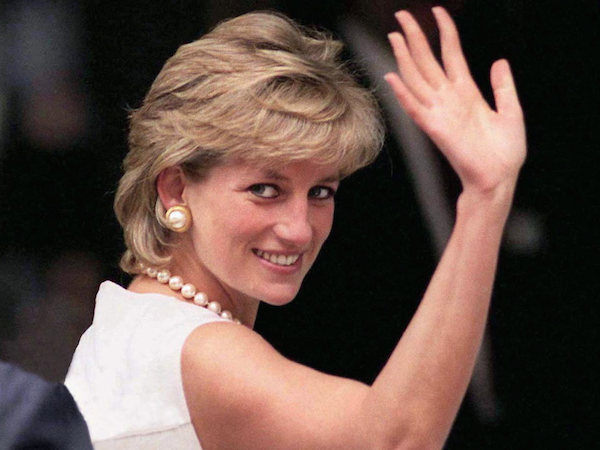 Martin Bashir’s interview with the late, Princess Diana, demonstrates why her life was plagued by media frenzy.

She appears irrefutably charismatic and unapologetic, while maintaining that genuine kindness that earned her the ‘People’s Princess’ title.

I’ll admit, to begin with I had no desire to write about this interview. The world’s fascination with Lady Di was a little before my time, so the thought hadn’t even occurred to me.

However, having stumbled upon the transcript, I too became mesmerised by this controversial figure.

Upon researching the royal gossip of the time, and finding every shred of information about this woman, it became clear she’d received portrayals as the Virgin, and contrastingly, the Whore.

In the 1995 Panorama interview, she appears as neither of these, which is one of the reasons this interview became so iconic.

The beauty of this interview is that Bashir, a BBC journalist, doesn’t allow his bias to interfere; he doesn’t try to push her into a corner at all.

He gives her time to answer questions, and occasionally lead him to a new line of questioning. This helps make the overall flow of the interview feel very natural.

This being said, the serious tone of the interview is set from the very beginning. Bashir jumps straight in with questions about the pressures of marrying into the royal family.

When this interview occurred, there was a lot of behind the scenes politics taking shape, some not so private. Her split with Prince Charles had been splashed across every tabloid in the country.

The timing of the interview could be seen as suspicious, however, Diana reassured the public that she wouldn’t let them down.

“I want to reassure all those people who have loved me and supported me throughout the last 15 years that I’d never let them down. That is a priority to me, along with my children,” she said.

Whether or not this statement was true, it’s just as likely the interview was another move in the war of the Wales. When Bashir implied this, Diana was quick to move on.

The princess did her best to answer questions about her personal struggles unflinchingly.

She became one of the first members of the royal family to publicly confirm she had a mental illness, as the discussion touched on her struggle with bulimia and post-natal depression.

Diana quite famously called out the media personnel of the time.

“It [her post-natal depression] gave everyone a wonderful new label – Diana’s unstable and Diana’s mentally unbalanced,” she said.

One of the reasons Diana and Bashir’s conversation was so refreshing to witness, is the ease in their interaction. While there were some uncomfortable moments, it never felt as if Bashir was attacking, or Diana defending.

This made it feel as if the information was genuine, particularly when Diana recounts her experiences binge eating and vomiting.

“It’s like having a pair of arms around you, but it’s temporarily, temporary. Then you’re disgusted at the bloatedness of your stomach, and then you bring it all up again,” she said.

Whether or not she was prepared for questions about mental illness, her response was a revelation for a country that has made repressing emotion and remaining stoic, a national value.

The interview felt as if Diana was setting the recording straight, rather than being interrogated. Bashir was neither pushy, nor passive, but did well at reading Diana’s body language.

Even his blunt questions didn’t come across as probing or unwanted, rather level-headed and curious.

Given how difficult it is for interviewers to remain entirely objective, this interview was a great success at making the subject feel safe and secure, while divulging into personal details of their life.

Jasmine Woods is a first year Bachelor of Media and Communications student at La Trobe University, you can follow her on Twitter here: @j_retta.