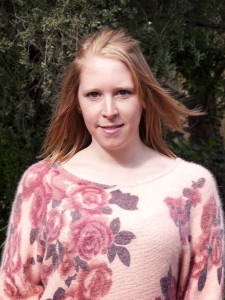 I was recently doing my daily Facebook check, when my friend leaned over my shoulder and directed me to her ex-boyfriend’s page, with a casual ‘oh I just want to see what he’s been doing’.  As a friend, I obliged.  It wasn’t until later – after we’d scanned every post and check-in on his page – that I started wondering; how are we actually using Facebook?

If you were to honestly tell someone what all your hours on Facebook were spent doing, I bet it would fall under the following categories:

Change a few details, and I’ve probably just summed up your past 10 minutes.  From people that we know to people that we have the slightest connection to, there is no escaping it: we’re all being stalked.  I can’t help but think…what a waste of our time.  But also…is this ruining our relationships?  And more importantly, just how unhealthy is this dirty little habit?

Thinking about it, we have actually created an accessible and socially acceptable (if not demanded) way to stalk people.  Facebook is one big stalking experiment, which has turned the phrase ‘I’m stalking…’ into a common expression.

You can see who is catching up with whom, who’s fighting, and who is having a hard time because their status is pushing the lines of emotional.  You can even see exactly where people are with a handy little map with directions.  It could be just me, but surely there is a line where information crosses into ‘too much information’, making us amateur stalkers hiding behind a computer screen.

At some stage we have all said those words ‘I’m stalking…’ in a joking tone.  But what’s the effect?  Do you really think your boyfriend likes the fact that you’re breaking into his account to check who he’s talking to?  Or that the girl you met on the weekend will appreciate you knowing her birthday and where she lives before you even date?  I think not.

We like to say we use Facebook because it’s such a great way to stay in touch with friends and network.  I’ll even admit to posting the odd status like ‘♥ sunbaking’ is fun to keep everyone jealous.  Yet in reality I’m willing to bet that 98% of your Facebook time is spent stalking other people rather than communicating with them.  And seeing as though most people who are classified as stalkers are seen as unhealthy, I think Facebook loiterers should be no exception.

Yes, we’re not doing anything illegal, our ‘stalking’ is relatively harmless.  But that doesn’t make it healthy, and yet no one seems to be asking whether it’s a sick obsession.

We live in a world now where everyone knows everything.  Even though they say information is power, I tend to think in this case that information is destructive.  Checking up on your friends, and finding out what people are getting up to, isn’t the best way to spend our free time.  What happened to trust, or simply what you don’t know can’t hurt you?  Why are we using our time to seek out conflict?  The sad thing is that we spend all this time searching, and don’t even think about the effect it is having or could potentially have on our lives and relationships.

Like my mum would say – leave well enough alone!

Cat Brooke is a final-year Bachelor of Creative Arts student at La Trobe University and is part of upstart‘s editorial team. You can follow her on Twitter: @CathrynBrooke