We like to think we make the future a brighter one for our youth.

You might think that the website that this statement appeared on would be some sort of charity or youth organisation — perhaps a government promotion, or even a school?

But you’d be wrong. That statement appears on the homepage of Dubit.com — a UK marketing agency that helps sell products to the youth market without paying media companies for advertising space.

How? It’s actually kind of brilliant. And disturbing. 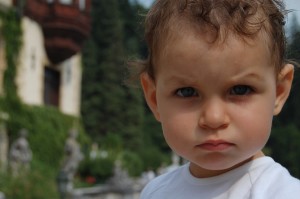 Dubit pays children and youth (between 7 and 24) in cash and vouchers to promote their clients products on social networking sites, by putting up fliers and even throwing parties with friends for the sole purpose of advertising a product.

After all, why pay big money to fancy advertising firms or media corporations when children can do the work for you? Dubit’s clients, who include Nintendo, Sony Ericsson, and McDonalds, plus UK government bodies like the Department of Health, obviously can’t afford billboards and newspaper ads.

The idea is also brilliant for utilising peer pressure to influence the target market. If Bobbie-the-coolest-boy-in-school is raving about the latest movie from 20th Century Fox, it’s inevitable that some kids are going to love their work as well.

However, before we all stamp up-and-down about child labour and evil corporations, it might be worthwhile pointing out that Dubit was started by teenagers in the Young Enterprise school program. That’s right. The target market created a marketing website that saves corporations money and essentially rips themselves off.

My first thought was that these students must be the children of the corporate devil. My second was that the client’s brand strength is such that these kids believe the millionaire CEOs of these companies will actually see their market as people and give a damn about them. The third argument is that perhaps these are a bright bunch of entrepreneurs who would rather contribute to the perception of youth by brands than be annoyed by another crappy toy in their Happy Meal.

The real issue here is that children are being taken advantage of. Everyone knows when you mess with children, the media and angry parents lobby groups get angry — or angrier.

But kids aren’t stupid. Young people today have grown up with the internet and social networking. They tend to have a sixth-sense about online scams. So, the idealist in me is rooting for the latter argument.

However, if the companies on board the Dubit bandwagon are the same that use child labour to manufacture their products, then it’s clear that something is not quite right.

Laura Wakely is a La Trobe University Bachelor of  Journalism graduate. You can check out more of her work at her blog, I Work For Tintin.