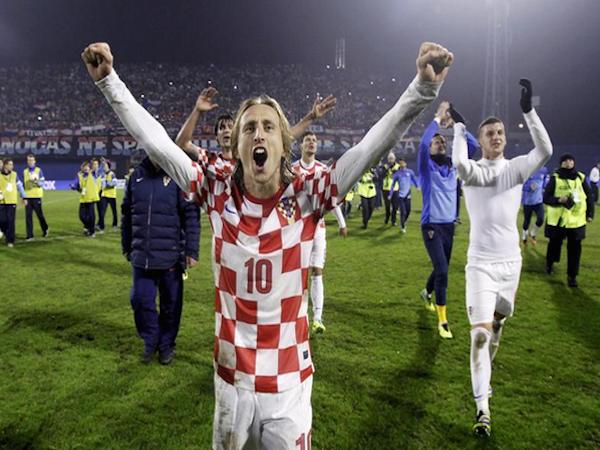 Croatia limped through their qualifying phase.

Two losses in their final group games meant they would stumble into a playoff tie with surprise packets Iceland, boasting just 12 goals from their 10 games – hardly an adequate return considering their central midfield houses the talents of now-European title winners Luka Modric and Ivan Rakitic.

Any managerial change would’ve been met with huge criticism from the already disgruntled fans and media if the nation missed out on a Brazilian adventure, but the Croatian FA was brave. And smart.

They employed from within. They placed the weight of a passionate nation onto a past legend’s shoulders and Niko Kovac didn’t let them down. Croatia sunk Iceland without conceding and hasn’t lost since, including a draw away to World No.6 Switzerland.

Many are now tipping the side from the Balkans as the tournament’s dark horse.

So how have things changed? The Guardian’s Croatian football writer Alex Holiga tells upstart it was the inability of Kovac’s predecessor, Igor Stimac, to get the best out of his quality players that brought about his downfall.

“The players are more or less the same, but this is a whole different team to the one that struggled in the qualifiers,” Holiga says. “Stimac failed to find an optimal way to organise them so that the team becomes more than a sum of its parts.

“It’s brought a sea change of atmosphere in and around the team. Croatia went from depression and total negativity among the fans and the media during Igor Stimac’s reign, to a very positive, supportive feeling in a very short while.”

Despite having only previously been an assistant at Austrian side Red Bull Salzburg and a youth coach in the Croatian set-up, Holiga believes Kovac’s managerial inexperience shouldn’t be too much of an issue.

“I don’t think his inexperience is a big issue, though it might prove a setback in key situations – the squad is very experienced and he knows the lads inside-out, better than any coach would,” Holiga says.

“He immediately started to show the tactical nous his predecessor was lacking, also planning many things ahead and in detail. He deserves full backing.”

There aren’t many higher ‘key situations’ than a World Cup opener against the tournament host, though, with Croatia being paired in Brazil’s group along with Mexico and Cameroon.

However Kovac recognises what his charges will be up against in Sao Paulo on Friday morning and lined his side up against Australia in their final warm-up fixture purely to nullify possession and then counter-attack with pace. Something they’ll have to do plenty of against A Selecao.

Though their opening fixture is tough, Kovac’s men are favoured to advance to the round of 16 in second place, but Holiga says success has already been achieved.

“For a country whose population is merely 4.3 million and whose domestic league standard is rather poor, qualification presents a success in itself,” Holiga says.

“However, when the quality and the current form of players are taken into account, we can realistically hope to get past the group stage. That would be considered a success in Croatia, regardless of what happens later and anything can happen in the knockout rounds.”

Modric and Rakitic’s midfield pairing is Croatia’s best asset, along with an experienced defence including Darijo Srna, Dejan Lovren and a capable goalkeeper behind them.

Up front, Bayern Munich’s Mario Mandzukic is likely to lead an impressive forward combination, but it’s his partner in crime who has most impressed Holiga.

“Fiorentina winger Ante Rebic could be a revelation and Croatia’s secret weapon. He hasn’t played much in his debut Serie A season, in part due to injury, but he looks very promising,” says Holiga.

“Inter Milan’s Mateo Kovacic is the up-and-coming star and he could have an important role as the third playmaker in the already very creative midfield.”

Away from the star names, Holiga agrees that Croatia face some depth issues and injury problems at left back.

“We don’t have many quality players and it’s absolutely crucial for our key players to stay fit – that primarily goes for Modric and Rakitic,” says Holiga.

“[Ivan] Strinic, whose absence will be felt the most – he’s our regular left back but he got injured. Now his alternative Daniel Pranjic, who is not really a left-back, got injured in the friendly against Australia, so Kovac needs to find an improvised alternative to the solution that was an already an improvisation.”

Finding a solution to his left back troubles could be Kovac’s most difficult task at the World Cup, taking into consideration they will face Brazil and Mexico with particularly quick wingers.

If he is able to plug that hole, a Croatian side full of creativity and experience will play with freedom and, with their supporters now behind them, may just surprise beyond the group stage.